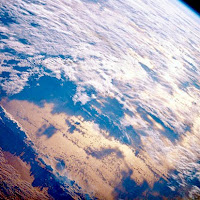 By now, anyone paying any attention whatever to the weather has begun to notice that it is getting colder earlier in the U.S. and that this is occurring around the world.

On www.iceagenow.com, Robert W. Felix, the author of “Not by Fire, but by Ice” and “Magnetic Reversals and Evolutionary Leaps”, reports on current weather events. A recent visit contains these items:

Why then is a United Nations conference on climate change to be held this December in Copenhagen still claiming that the Earth faces the dreaded “global warming”?

Why is “global warming” the justification for terrible legislation such as the cap-and-trade bill currently festering in Congress?

Plainly stated, there is no “global warming” and the Earth is, in fact, in a new cooling cycle that began in 1998. Ban Ki-Moon, the UN Secretary General, Britain’s Prime Minister, Gordon Brown, Australia’s governing body, the European Union, Al Gore and the President of the United States who will attend the UN conference, are all lying.

They are lying to impose a One-World Government on every nation stupid enough to ratify the December conference’s treaty on “climate change.” That has been the goal of the United Nations since its Environmental Program initiated the global warming hoax with an “Earth Summit” held in Rio de Janeiro in 1992. To learn more, Google “Agenda 21.”

Suffice it to say, the Kyoto Climate Control protocol that followed exempted China, India, and undeveloped nations from having to reduce greenhouse gas emissions, primarily carbon dioxide. In 1998, the U.S. Senate passed a unanimous resolution refusing to ratify this pack of lies. Today’s Senate, as well as House, is controlled by the Democrat Party and it is hell-bent on “global warming” legislation such as “cap-and-trade” and other horrid laws and regulations.

The reason the UN environmental program has been able to perpetrate the greatest hoax in modern times can be traced to the “computer models” they cited to justify the “science” of global warming.

Computer models are used by the U.S. Weather Service to predict conditions around the nation and you may have noticed via your local weather forecast that they are just barely reliable. At best, they have about a 50-50 chance of getting it wrong within a period as short as four days. This is because no computer model can predict the action of clouds. Yes, clouds! They are a significant factor in weather.

Worse, however, is the way these computer models have been deliberately manipulated by global warming alarmists such as James Hansen, a complete loony who unfortunately and inexplicably heads up the NASA Goddard Institute for Space Studies, a post he’s held since 1981.

A computer model he produced in 1971 predicted global warming well into the next century and blamed it on “fossil fuel CO2 emissions.” Greens like Hansen are united in their opposition to the use of any energy other than solar and wind energy for anything. Solar and wind account for about one percent of all the energy Americans consume daily.

In a commentary by Norm Kalmanovitch, he noted that “As with the 1971 model, the 1998 model was proven to be false when global warning ended after 1998 even as carbon dioxide emissions continued to rise at unprecedented rates.” Carbon dioxide is vital to all plant life on Earth and, as such, vital to all life on Earth. The more the better. It would produce higher crop yields and more forest growth.

The United Nations Intergovernmental Panel on Climate Change has also perverted computer models for the purpose of advancing its One-World government agenda; the same one that will be advanced in Copenhagen in December. The same one President Obama is salivating for the opportunity to sign.

The IPCC’s continued global warming lies, Kalmanovitch noted “not only made no mention of the fact that from 1998 to 1999 the Earth cooled more than it had ever cooled during the entire global temperature record, but emphatically stated that from 1997 to 1998 the Earth had warmed more than it ever had.”

The next time anyone tells you that the Earth is warming, they are lying to you.
Posted by Alan Caruba at 12:54 PM

Using the argument about the failure of computer modeling to predict the weekly weather report has always been countered by the argument that “weather isn’t climate”.

They are of course right, because climate is infinitely more complicated and far more difficult to predict; especially when using flawed computer modeling parameters.

I have concluded that computer modeling is almost as good as crystal ball reading. No quite…but almost.

Damn! And I just bought a new crystal ball at Home Depot!

Yes indeed, and it is a good rule of thumb to remember the adage, pure and simple...

A popular bumper sticker in Australia.