Ruining Halloween for Everyone 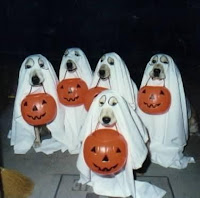 When I was a kid, some seven decades ago, Halloween was one of the most enjoyable holidays other than Christmas.

The sixth graders in my town, in cooperation with local merchants, would paint Halloween scenes on the windows of stores and, on the great night, kids of all ages would go forth with bags and baskets to make a circuit of homes on their street to collect a bounty of candy.

Flash forward to present times and it is often the grownups who are having the most fun if the sales of Halloween costumes and the many Halloween parties are any indication. Kids? Well, they are treated like an endangered species.

Among the first signs that Halloween was being exploited was the way UNICEF decided to use the holiday to get little kids to collect money for it. Apparently it is not enough that the United States contributes over twenty percent of the UN budget or that UNICEF advocates a number of “New World Order” educational programs.

According to a news release from The Thinking C.A.P.P Foundation, based in Hollywood, California, while Halloween is “a fun time for millions of children across the country, unfortunately there are thousands that end up in the emergency room due to preventable accidents.”

Thousands? Emergency rooms over-flowing with injured children? I seriously doubt this. The foundation is devoted to “teaching children to protect their lives” and CAPP stands for Children’s Accident Prevention Program. Do we really need such a foundation? Isn’t it the job of PARENTS to teach their children what they need to know to avoid accidents?

Some of the foundation’s recommendations include:
“Pick a costume both you and your little ones can easily get in and out of”
“A little face paint versus a mask for your toddlers”
“Wear bright colors (Add a splash of neon color if your costume is black)”

As is well known all kid’s Halloween costumes tend to spontaneously burst into fire, masks cause toddlers to die from asphyxiation, and any child wearing a black costume is sure to be run over or disappear into the night and never be seen again. Do we really need such needless advice?

The foundation goes on to tell parents not to let the kids carry “wands, swords, pistols, etc.” And here I thought the whole idea of dressing up like a pirate or cowboy was to be able to wave a sword or toy pistol around. And surely all our little princesses are not going to impale themselves on a toy wand.

These days, most parents accompany the very young as they make their Halloween rounds. The foundation needlessly warns them to “ALWAYS have them within view!” and adds that “Nothing should be in your child’s hands except for their basket” and that “Everyone should have a type of light stick on them at all times.”

As for the candy kids receive, you’d think that it was some kind of poison as far as the foundation is concerned. Avoiding the “Sugar Rush” comes with life-saving instructions that include drinking a glass of water or warm milk after they’ve indulged. Then they should “brush (their) teeth immediately after eating candy.”

The whole point of Halloween is to over-indulge a bit. The foundation’s instructions to adults attending parties would probably warn them against getting diabetes or just getting too drunk to drive.

These instructions are among the first avalanche that everyone will read or hear on their local media, filling the minds of parents with sheer dread of Halloween instead of the fun of picking out costumes and watching from a careful distance as the little ones go completely out of their minds with the joy of collecting FREE CANDY from the neighbors.

Bad things happen to some kids everywhere every day. They fall off monkey bars, off of bikes, off of anything and everything. Since “if it bleeds, it leads” is the working motto of all local news television some kidnappings evoke huge coverage despite the fact that all child kidnappings and/or murders are horrible.

That doesn’t justify ruining Halloween for the hundreds of thousands of kids who will one day look back on the fun it involves and the thousands of parents who enjoy it just as much.

Here’s my advice for all the Halloween kill-joys, butt out! We all know you’re the ones who turn off the lights and pretend you’re not home.
Posted by Alan Caruba at 11:52 AM