The EPA Must Be Stopped! 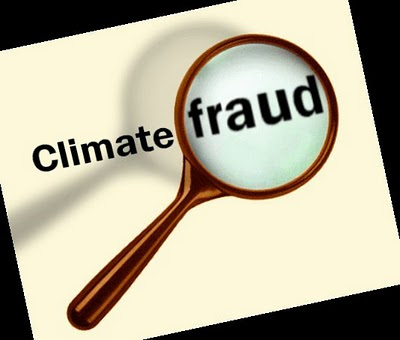 It is a frontal attack on the U.S. economy that is currently in the throes of a decline that has not been seen since the Great Depression.

If the EPA succeeds in this Big Lie, the provision of affordable energy in America will cease.

“The U.S. Environmental Protection Agency is proposing two rules to ensure that businesses planning to build new, large facilities or make major expansions to existing ones will be able to obtain Clean Air Act permits that address their greenhouse gas (GHG) emissions.”

The Clean Air Act does not cover carbon dioxide (CO2) which the EPA deems the primary GHG. This is because it poses no threat to the environment and, indeed, is a vital and essential element of the environment insofar as all vegetation from a blade of grass to a giant Sequoia tree is dependent on it for growth.

Moreover, the proposed regulation of CO2 is based on the global warming fraud that says that it is responsible for a significant warming of the planet. There is not a scintilla of proof of this and, indeed, the Earth is presently in one of its natural cycles of cooling, not warming.

Thus, there is no scientific justification for the regulation of carbon dioxide no matter how many times the EPA says there is.

The EPA release says “projects that will increase CHG emissions substantially will require an air permit.”

If American industry, particularly the targeted “power plants and oil refineries”, are required to get GHG permits, it will put yet another huge sector of the nation’s economy under the thumb of the most insidious exponents of the global warming fraud, enemies of any economic growth.

“The Tailoring Rule covers large industrial facilities like power plants and oil refineries that are responsible for 70 percent of the GHGs from stationary sources,” says the EPA news release.

What it doesn’t say is that this power to regulate that does not exist in the present Clean Air Act.

It will cause electricity costs to skyrocket along with gasoline and all other oil derivatives. It will utterly wreck the U.S. economy that is already in dire straits.

If an invading nation had imposed these kinds of restrictions on Americans, we would be in the streets with guns and any other means to fight them.

There is NO global warming. Carbon dioxide plays NO role in this non-event.

This is regulation by deception, by lies, by the arrogance of environmentalists who view the human race as a cancer on the planet.

And, naturally, they have waited until Congress has gone on recess to “propose” this attack on the nation.

Take action! Contact your Representatives and Senators. Drown the White House in protests.

The EPA must be stopped!

I have posted this on my blog, I will link it tomorrow in Green Notes and I have forwarded this article to those who can make it public far more than I can.

Thanks, Rich. We must get the word out.

Thanks and of course I agree. The EPA can always refer to the 2007 5-4 Supreme Court Decision. If that decision were tried today it would probably be reversed. I agree contacting our representatives is important, but how does one minimize the 2007 sham? Thanks.

It is not widely known that the Supreme Court has made any number of bad decision.

The Big Plan forges ahead, not only in the US but Europe and in particular the UK.

Those 'they' want in place to strip the remaining wealth and freedoms from the general population are in place and active within our governments.

The Euopean dictatorship's next step for it's helpless 'regions' is to have direct taxation control from Brussels, the ultimate brick in the impenetrable wall of Jean Monnet's Project. Presently, they only have the VAT as a tax income.

Control is all; it is all around us and growing at a frightening pace. The control of energy is a major plank in this control. The Smart Meter is nothing more than a control and monitoring device to ultimately ration your power consumption.

There is no reason that any country should be short of energy. The new Generation IV modular types are safe and emmit nothing. The new Hyperion Modular Reactor is an example. Compare such a compact and reliable Base Load power source which delivers its nameplate output of 25MW against the 36 x 3MW Installed Capacity
3MW windmills (25MW/3 = 9 x 4 = 36 windmills to give 25MW) necessary to equal this tiny reactor output(?) – assuming of course that the wind gives 25% Capacity Factor 24/7 – and all the resources and land and infrastructure to support the wind farm extent. Never happen!
The example ‘Hyperion Power’ pack at 2.5m by 1.5m fits snuggly into a small, purpose built basement at a cost of US$50 million per unit. No contest. These concepts should be encouraged as forward thinking for any country. Google'Hyperion Power' and be amazed.
But of course, silly of me, 'They' don't want us to have unlimited, reliable cheap energy. Energy has to be controlled and rigorously rationed and with high cost.

Control of free and private communications is in the initial stages of implementation. The very freedom of the Internet is threatened.

The superb privacy of Blackbury's communication encripted data on its Smart Phones is, as I write, being compromised (banned)in Saudi, UAE, India, Lebanon and the list grows almost daily. Privacy is coming to an end. Increasingl we are not allowed it.

The freedom to use effective insectacides to clear dangerous infestation in house and field is being withdrawn. Are 'they' trying to encourage a growth in pestilence in order to cull us?

If that doesn't work too well then the general assault by Big Pharma by Thimerosol-loaded medicines hidden within the Trojan Horse of life-saving vaccines. The growing damage these so-called saviours is causing is now widespread in the Internet.

The US freedom to 'Bear Arms' is being undermined which must be resisted. If you lose that you have lost.

Certainly, these evil people seem to infest the highest levels of many countries. The general population goes about daily, hardly knowing how their civilisation is being undermined from all directions. Is BIG BROTHER upon us, or what?

The EPA has become the most destructive federal agency ever devised by politicians.

But, what is required is an almost entirely new Congress; a Congress composed of citizens who are devoted to looking after the immediate needs and future needs of American citizens, not special interest groups, not foreign countries, and without pursuing extreme ideologies.

Maurice Strong the founder of Koyoto is a dedicated communist. he is also the founder of the New Age Movement which wants all economic growth stopped!! Strong now lives in Beijing! I believe the Masonic Order is involved in this. Masonry is very strong in England. The Climate Change Act introduced in England will totally destroy England. Most of indusrty will soon leave England. these climate politicians have a lot to answer for.

You have made some interesting and informative comments, but Thimerosol in vaccines does nothing more than preserve them for a longer shelf life. In spite of the claims by activists there is no valid scientific evidence to show otherwise.

Almost no vaccines use mercury (thimeserol) in them any longer. Regardless what activists with too much time on their hands try to tell you. Only one vaccine ever did and that was MMR ... you know, for measles, an affliction that used kill thousands of kids each year.

Whack job R.F. Kennedy Jr. spouted on TV that “We are injecting our children with 400 times the amount of mercury that FDA or EPA considers safe.”

Michael Fumento noted that "He thereby confused the ETHYL mercury from thimerosal and for which there is no evidence of harm and no EPA standard with a different chemical, “METHYL mercury.”

Activists claimed that this caused "Autistic Spectrum Disorders.” In areas where this was eliminated the rate of autism didn't decrease and even increased a bit in some areas.

What has happened in the real world is that parents have become so fearful of vaccinating their children that these poor innocents are now contracting whooping cough along with other childhood disease because the R.F.K's of the world. They have innocent blood on their hands.

I am wondering if you have ever posted you observations at Skeptic Inquirer? I have been watching that magazine's coverage of AGW and have been appalled by the lack of logic and failure to confront the issue from an independent view. They seem intent on pushing a left agenda rather than uncover fraud in science and other areas.

@David7134:
I am not familiar with Skeptic Inquirer although I have seen a magazine I think has a similar name. It is published for atheists or humanists. I doubt I would offer my writings to such a site.

Rich - I appreciate your comments and I am ever mindful of falling into the all-enveloping conspiritor's web which I try to avoid in order to develop a balanced opinion according to my selection of reviews.

Your critique is pertinent. However, there is so much investigation and knowledge on the Web that one must balance it against one's experience and learning.

As far as vaccination is concerned I am ultra cautious in view of recent exposes. I also have personal suspicions as the efficacy and damage of the MMR vaccine.

My son, now 4 1/2 years, was ok untill his MMR. He now has very retarded speech although his intellect and physical attributes seems to be unaffected, his math ability is exceptional.

So, yes, with the information garnered from the many vaccine information websites I am an ultr-cautious parent. The more one reads about vaccines and especially the multiple-coupled injected variety - as a medical layperson - I have to ere on the side of skepticism when considering other vaccinations.

This could be a long and detailed topic, Rich, but I do hope you have some understanding of the reasons for vaccine skepticism on the part of some of us. Living and raising a family in a developing country where awareness of such issues is low-key and subject to government bias I am all too aware that we are a dumping ground.
I enjoy your sensible posts, by the way.
Clive

Sky News reported this morning that the the person most likely to very soon become Australia's new Prime Minister refers to global warming as a 'load of crap'. His advisors have suggested that he express himself in more circumspect language.
So, there are glimmers of hope!