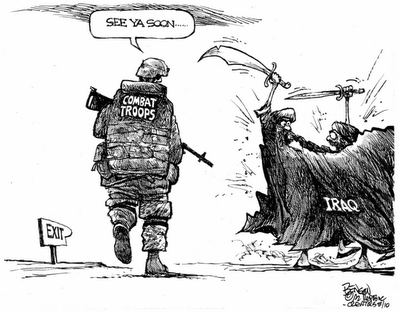 In a commentary earlier this week I said Bush was right to invade Iraq. It has taken seven years to "stabilize" the nation, but it will likely take a generation to get it to function like a nation in which its various components work together. Failing that, it will break into separate entities of Kurds, Sunni and Shiites. No one knows. In the meantime, we still have 50,000 troops there and are likely to keep them there a very long time for the sake of the entire region.
Posted by Alan Caruba at 8:37 AM