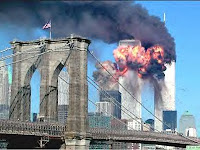 One of my favorite bloggers is Burt Prelutsky. A veteran Hollywood comedy writer, he despises liberals and has even written a book about it. This week he holds forth on the popularity gap between Republicans and Democrats, but added the following at the end of his commentary:

"Finally, I’m annoyed but not surprised that New York’s Mayor Michael Bloomberg is on board for the 13-story mosque to be built adjacent to Ground Zero. But when you realize that New Yorkers keep re-electing this yutz, even allowing him to break the rule regarding term limits so that they could elect him a third time, I say they deserve to be forced to suck it up and live with the grotesque monument to Islamic barbarism.

Bloomberg, like most liberals, likes to think of himself as sensitive, wise, ecumenical, open-minded and compassionate, when in fact he is a world-class boob who just happens to be rich, and he richly deserves to be played for a sucker by Imam Feisal Abdul Rauf and his fascistic cronies in CAIR (Council on American-Islamic Relations), the public relations arm of Hamas and Hezbollah.

Next week, I wouldn’t be surprised to learn that Mr. Rauf has sold Bloomberg a controlling interest in the Brooklyn Bridge."
Posted by Alan Caruba at 5:09 PM

I have to disagree with Burt - The building of a "Victory Mosque" near Ground Zero in NYC is a NATIONAL issue as well as a local one that should be opposed by all 320 million Americans.

In regards to Comrade Bloomberg: I personally expected from the get-go that he would stab the USA in the back by allowing this hideous structure built near the site where so many American patriots gave their lives on September 11, 2001.

After all, he is a member of the elite Leftist ruling class who have declared war on America decades ago, and are in an unholy alliance with the Islamofascists.

I hope Comrade Bloomberg understands that by this act of treason he has placed himself high on the proscription list of traitors who would will hopefully face summary and swift justice in the coming years.