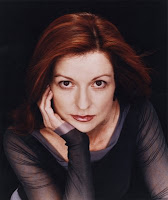 (Sunday, August 22) As this is being written, two rallies are being held in the pouring rain in New York, just outside the proposed site of the Ground Zero mosque. One represents people opposed to it and one with people who see no problem whatever in an Islamic house of worship a few steps from where Muslims, in the name of Islam, destroyed the Twin Towers and killed some 3,000 people.

That pretty much tells you how a particular mindset can either resist evil or fall victim to it. Some might say that “evil” is too strong a word with which to describe Islam, but let me take you back to 1830 and quote John Quincy Adams, the sixth president of the United States.

Referring to Muhammad, he wrote: “Adopting from the sublime conception of the Mosaic law, the doctrine of one omnipotent god; he connected indissolubly with it, the audacious falsehood, that he was himself his prophet and apostle.

Adopting from the new Revelation of Jesus, the faith and hope of immortal life, and of future retribution, he humbled it to the dust by adapting all the rewards and sanctions of his religion to the gratification of the sexual passion.

He poisoned the sources of human felicity at the fountain, by degrading the condition of the female sex, and the allowance of polygamy; and he declared undistinguishing and exterminating war, as a part of his religion, against all the rest of mankind. The essence of his doctrine was violence and lust; to exalt the brutal over the spiritual part of human nature.

Between these two religions, thus contrasted in their characters, a war of twelve hundred years has already raged. The war is yet flagrant...While the merciless and dissolute dogmas of the false prophet shall furnish motives to human action, there can never be peace upon the earth, and good will towards men.”

Liberals can never see evil no matter how it manifests itself or how many times it does so. They are drawn to it and the men who personify it.

Here is Maureen Dowd writing in The New York Times on Sunday:

“The dispute over the Islamic center has tripped some deep national lunacy. The unbottled anger and suspicion concerning ground zero show that many Americans haven’t flushed the trauma of 9/11 out of their systems—making them easy prey for fearmongers.”

According to Dowd, Americans are foolish, even stupid, to remain angry about 9/11.

As far as Dowd is concerned, “Obama is the head of the dysfunctional family of America—-a rational man running a most irrational nation, a high-minded man in a low-minded age.”

How far from reality has Dowd wandered? The nation is irrational? Obama is high-minded? Being angry regarding the worst attack on America since Pearl Harbor is wrong? And surely the fearmongers she has in mind include Rush Limbaugh and Sarah Palin.

In psychology, the term “projection” is used to describe imputing one’s own emotions to others. “The country is having some weird mass nervous breakdown, with the right spreading fear and disinformation that is amplified by the poisonous echo chamber that is the modern media environment.”

The echo chamber to which she refers has been and is the liberal news media that sold us on Barack Obama, equating him with Lincoln and Franklin Delano Roosevelt. Engaging in what media pundit, Bernie Goldberg, called a “slobbering love affair.” Dowd is looking in the mirror.

This isn’t punditry or even rational analysis of the current political scene. This is ill-concealed contempt for the vast majority of Americans who either were already conservative or who have been moving into the ranks of conservatives as they witnessed the abomination of Obamacare, the massive bailouts of unions and banks while ordinary Americans saw their jobs disappear and homes foreclosed.

Within the liberal enclave of Manhattan’s Upper West Side, there is bewilderment that Americans would object to a mosque near Ground Zero.

The nation is not having a nervous breakdown. It is Maureen Dowd and all the fellow travelers who cannot believe that Americans will not roll over for Obama’s socialist agenda, who are angry at a profligate Congress that has amassed more debt in a year and a half than the days when the U.S. spent its treasure to win World War Two.

In 1830 John Quincy Adams understood exactly the threat Islam posed to the modern world. In 2010, Maureen Dowd and the readers of The New York Times remain utterly clueless.

Thank you, Alan, for exposing so well the big disconnect between our Leftist ruling class and the vast majority of Americans over 9/11 and the true nature of Islam.

Why am I reminded of the disconnect between ancient regime of Louis XVI and the vast majority of Frenchmen on July 14, 1789?

What amazes me is how the danger of Islamic Jihad was known to the Founders. Thank you for your continual effort to have us made aware.

I'm in a state of continual amazement at the way historical facts from the time of the Founders keep repeating themselves in today's world. You are our Paul Revere, Alan. Thanks again.

Did you see the story about how the moon is shrinking?

It's all of those MOONbats eating it away...

@Fred: The Moon is shrinking at about the same rate the waters of the oceans are rising...infinitesimally.

@Travis: A knowledge of history provides insight to today's events because it does repeat itself. Only the names change.

Depends...if you think it is "enlightened" to stone women to death for alleged adultery, cut off hands and heads as punishment, etc.

Granted the Torah has some harsh ideas of law, but it also introduces one God and love thy neighbor.

I think that the NYT should REQUIRE ALL of their columnists to participate in an Outward Bound program (or something similar), so that they knew the difference between Gotham City and the real world. These folks, like the moron Barack Obama, simply don't have a clue about the real world. It is indeed very troublesome and scary!

I think that the NYT should REQUIRE ALL of their columnists to have some kind of real-world experience, before hiring them. It is very obvious that most (all?) of them are just like Obama in that they have no clue about how the real world works. They live in Gotham City under wraps, and their messages don't have any relevance to the real people in this country. No wonder the NYT is going broke, for crying out loud!

Methinks with its 164 Jihad (Sword Verses) that commands the Believer to rape, rob and murder his fellow man for the "high crime" of not believing in Allah, the KORAN is one of the most violent and evil documents ever written.

In re-reading my copy of the Gospels, I see nothing there telling the Believer to do anything other than love his neighbor as himself.

Thanks for another enlightening article Alan.

When you talked about projection I couldn't help but think of the eight years of the Bush presidency. Every name they called him and every accusation of malfeasance mirror exactly what Obama and Democrats are and are doing. In fact to this day all you need to do is listen to what they say others are doing to know exactly what they are doing.