All the News The Times Wants You to Know 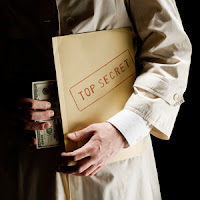 In a long career as a journalist, full time and freelance, I have sometimes said that I knew something was seriously wrong with The New York Times when I began to see my byline show up on stories that appeared briefly.

It’s been decades since I have held The Times in my hands though I have read an article or column on occasion via the Internet because I have long since concluded it cannot be trusted for anything it prints with the possible exception of obituaries.

During the early years when Stalin was the dictator of the Soviet Union, a Times reporter named Walter Duranty, based in Moscow from 1922 to 1936, would deliberately fail to report outrages such as the starving of the Ukrainians to force their capitulation to Moscow. Duranty would win a Pultizer Prize in 1932 which, to this day, the Times has not repudiated. Duranty, like The Times, harbored a lot of sympathy for Marxism.

My own opinion of The Times was shaped during the Vietnam War when it became apparent that the newspaper was rooting for the Vietcong. This culminated in the revelations of the famed Pentagon Papers, purloined by an anti-war activist. They revealed the many misconceptions that drove the conflict. Neither President Lyndon Johnson nor his advisors come away from that period with honor, but American soldiers fought with honor for what they believed was their nation’s struggle against communism.

I remember thinking that the Times would probably have published the plans for D-Day, the WWII invasion of Europe, if they had gotten their hands on them.

I was not surprised that The Times and some foreign newspapers published the latest WikiLeak’s “dump” of purloined U.S. State Department internal cables; some of which were marked Top Secret while others had lower ratings of secrecy.

Prior to posting and publication of the cables, The Wall Street Journal had been offered the trove and refused it. A previous WikiLeak’s release of data regarding U.S. combat efforts in Afghanistan raised the stakes against troop safety.

The Obama administration gives little indication that it has made any effort to use whatever means at its disposal to find and neutralize the man behind WikiLeaks, Julian Assange. He is an Australian (former?) computer hacker with little to indicate he would emerge as the leading activist attempting to embarrass and alter U.S. policy. He has now become a major threat to the nation’s ability to function in peace or war.

If there are no present laws regarding Assange’s acts, some need to be quickly crafted and passed. A nation needs to protect its secrets and punish those that reveal them.

The alleged source of the Afghanistan data is U.S. Army Pfc. Bradley Manning, a sexually confused young man drawn to the Lesbian Bisexual Gay and Transgender movement and yet granted a security status sufficient to have given him access to secret information. He is under arrest and awaiting trial.

Clearly, there are way too many people cleared to read secret and top secret information. This is not a new situation. In the early 1960s even I was cleared to handle secret information by the U.S. Army though I was not much older than Manning. Wars, after all, are fought by young men.

The New York Times published a defense of its actions regarding the previously secret diplomatic documents, aggregating for itself the right to “illuminate aspects of American foreign policy” even if it meant that it would be a very long time before any foreign representative would speak candidly to a U.S. diplomat again.

Is foreign policy replete with duplicitous behavior? Yes. The world is a very dangerous place in the best of times and we are now living in times when Iran, led by a small band of lunatics taking their orders from Allah, is closing in on making nuclear weapons.

The cables revealed that the missiles to threaten the whole of the Middle East and parts of Europe transited from North Korea through China with its blessing. North Korea has been a case study in communist repression and aggression since the 1950s. The U.S. briefly fought a war there and settled for a stalemate. Gen. Douglas MacArthur once famously said there is no substitute for victory and he was right.

One could make a long list of nations that are essentially just waiting around for either the U.S. or Israel to solve the Iranian problem for them.

“For The Times to ignore this material would be to deny its own readers the careful reporting and thoughtful analysis they expect when this kind of information becomes public.” How modest of The Times and how thoroughly hypocritical.

Contrast this with the way The Times danced around the November 20, 2009 revelations when thousands of emails between the main perpetrators of the global warming hoax were posted online for all to see. Since the 1980s The Times has been one of the leading advocates of “global warming” despite the fact it had no basis in climate science or any science.

Its chief environmental hack reporter, Andrew C. Revkin, was very unhappy about what he called “the unauthorized distribution of the climate files.” The fact that those exchanging their plots and schemes were the recipients of British and U.S. governmental funding clearly meant they had an obligation to be transparent. Instead, one of the e-mailers, a Brit, admitted to destroying files to avoid his nation’s Freedom of Information laws, not dissimilar from our own.

Revkin’s description of what came to be called the “Climategate” emails was filled with words like “purloined documents” that were “uploaded surreptitiously” or “acquired illegally”, was intended to cast the revelations in the context of something quite evil. The Times continues to mislead readers about “climate change” in its quest for a one-world government, presumably run from the bowels of the United Nations.

The contrast between its assumption of noble journalistic laurels regarding the WikiLeak criminality and its view that the exposure of the Climategate emails was a corrupt act reveals an essential hypocrisy that belies The Times motto of “All the news that’s fit to print.”

It should be “All the news we want you to know” even if it is severely tainted by bias, inaccuracy, and an anti-American agenda.

Arrogating is the word you need by the way.

Good article. Much to think through.

While I certainly agree with your premise, that secret data should be kept secret, the fault of this fiasco rests firmly on the shoulders of our own State Department.

Sending directions and gathering data sure to be politically sensitive and scandalous by cable was insane to begin with. Keeping electronic files of these sensitive cables on a computer that could be accessed by so many people is stupidity beyond rational belief. The counter action now taken to prevent these sorts of files from being purloined in the future isn't going to help in the least.

There is such a thing as need-to-know, and far more secret ways of transmitting these sensitive messages.

There is no way any government can stand without propaganda, or with the present madness called complete openness of government proceedings.

Like it or not, this nation of ours has many enemies, and these enemies are bent on harming us as much as is legally possible. Many of our enemies are "news outlets", such as the NYT and Guardian, and are well known for publishing these damaging tittle-tattle sorts of things which cause great scandals.

As the old saw goes, "An ounce of prevention is worth a pound of cure."

There is no cure for this sort of thing after the fact , but there is a world of prevention that could be taken, far beyond present steps contemplated that I have seen published. For that matter, what steps we use to protect the secrecy of this sort of data shouldn't be let known at all.

I'm thinking the Obama administration's impotent handling of this case is proof positive that PFC Manning was fed the top secret documents by high regime officials in yet another effort to trash the USA before the world.

I'm also of the opinion that the blow back from this sorry affair will be one more nail in the coffin of what I'm sure will be the most infamous and hated administration in American history.

@Ronbo: I am not a fan of conspiracy theories because such events usually turn out to be the act of one idiot with grandiouse notions.

Pfc Manning, however, is a living example of why the US Army does not want homosexuals in its ranks.

I dunno about your comment on conspiracy theories, Alan. I worked in intelligence at SAC HQ from late 1954 to the spring of 1958, and was well trained in all aspects of gathering, collating, assessment and secure distribution of intelligence data. Can't tell about what exactly I did or worked on, of course. "Black project". At that particular time, we WERE on the verge of nuclear war with the USSR.

We did know how to keep secrets secret then.

As part of my training, I was allowed to read various once Top Secret then downgraded to Secret classified field intelligence reports, with the assessment reviews and the sources identified. I had, at the ripe old age of 18, a Top Secret security clearance. At 19, I was assigned as the sole person to operate a Top Secret vault, reporting directly to the Major in charge of the large intelligence section of the 544th Reconnaissance Technical Squadron, later upgraded to an intelligence wing. I was thoroughly vetted by the FBI, with special agents of the FBI even going out to the field my future father-in-law was plowing to question him about me.

Conspiracies have been as common as grass throughout history. Some are but paranoia, but many are not. Some have been rather elaborate and long lasting. With a guaranteed death penalty, death by assisted accident, assisted suicide or assisted accidental poisioning of your loved ones and yourself without virtue of a trial, secrets can be largely kept, and conspiracies kept ongoing.

It was nasty but vital work I was involved in, and was difficult to leave, and I had to sign under oath some serious non-disclosure statements before I was allowed to separate from the USAF.

This was classified State deppartment data, and it is obvious that State has no competent security measures to prevent this type of disclosure of classified documents.

This was an attack against America, and particularly an attack on the Obama administration, IMHO.

As I assess it, we are in a now seemingly cold war of great magnitude, and few seem to realize it.

Personally I don't have anything against homosexuals serving their country. There are many fine men and women who do just that.

However Manning is an unstable individual and his security clearance does reflect badly on the process that vetted him. To tar all homosexuals with the same brush is patently unfair.

We are in total agreement that I'm conspiracy minded, paranoid and always expecting negative outcomes :-)

Also, that PFC Manning is a poster boy for keeping homosexuals out of the military.