Denying Americans Their Own Energy 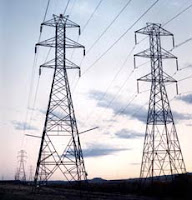 What kind of government deliberately denies its citizens access to the energy they need to live, to conduct business, to transport goods, to travel, and to just turn on the lights? Answer: The United States of America.

In a letter to members of the G-20, the finance ministers and central bankers of leading industrial nations, President Obama said, “We should make sustained effort to carry through with our groundbreaking Pittsburgh commitment to phase out fossil fuel subsidies.”

The result of such action would give international energy companies in other nations a large competitive advantage while penalizing U.S. oil and natural gas companies.

As Dr. Richard Swier noted recently, “In the U.S., support for the oil and gas industry is largely about investment depreciation rules which are available to many industries.” Energy companies routinely put huge amounts of money at risk to explore, discover, and extract the so-called fossil fuels. Take away the subsidies and the cost of all energy use in the U.S. goes up.

Meanwhile, CNN Money reported on November 12 that “President Obama lifted his moratorium on deepwater oil drilling nearly a month ago, but the government still hasn’t issued any new permits in the Gulf of Mexico. And most analysts say permits will be slow in coming through 2011.” (emphasis added)

This is great news for Saudi Arabia and bad news for Americans who think we should be accessing our own vast oil reserves. This failure to revive the oil drilling industry in the Gulf comes at a time when the price of a barrel of oil is rising while leaving thousands of oil industry workers in the Gulf States out of work.

A day earlier in an editorial in The Wall Street Journal it was revealed that while “President Obama continues to advertise the $814 billion stimulus and its green energy subsidy programs in particular as unqualified successes” an eight-page memo from his chief economic advisor, Larry Summers, environment and energy “czar”, Carol Browner, and policy aide, Ron Klain reveals that a $6 billion Department of Energy guarantee of loans and other disbursements was being resisted by the House budget office (OMB) and Treasury had found severe problems with “the economy integrity of government support for renewables.” (emphasis added)

Renewables is a code word for wind and solar energy projects. Loan guarantees, block grants, and government mandates often benefit large administration supporters such as General Electric and other political donors engaged in such projects.

One such project in Oregon would tap taxpayers for $1.2 billion while GE and Caithness Energy LLC would only put in about 11% of the project cost. It is corporate welfare that leaves the public with one of the two worst ways of generating electricity, as opposed to coal-fired and nuclear plants. Even hydroelectric power (generated by dams) is more reliable and less costly.

Back in October, Interior Secretary Ken Salazar approved a 50-megawatt Silver State Solar Project for Clark County, Nevada and three large solar power projects in California, all to be sited on federal land. This is not exactly what conservationists had in mind when such land was set aside. It diverts and wastes billions.

While all this is going on, the Environmental Protection Agency is still demanding that greenhouse gas emissions be reduced, the best known of which is carbon dioxide. They are referred to as “heat-trapping” gas and identified as the source of “global warming.” Only there is NO global warming and hasn’t been for a decade as the Earth’s overall temperatures have slid into a perfectly natural cooling cycle.

Thanks to Climategate, we now know that “global warming” was a complete fiction put forth by the United Nations Intergovernmental Panel on Climate Change.

The question no one at EPA wants to answer is this: if greenhouse gases trap heat, why don’t they do it in the winter? If they are so powerful that they can trap heat, how come it gets cold as winter arrives in either the northern or southern hemispheres? Carbon dioxide does not trap heat, but more CO2 would in fact increase crop yields and aid forest and jungle growth worldwide.

According to CNSnews.com, “Tough new rules proposed by the Environmental Protection Agency restricting greenhouse gas emissions would reduce the global mean temperature by only 0.006 to 0.0015 of a degree Celsius by the year 2100 according to the EPA’s analysis.” In plain terms, no reduction whatever and none needed!

Greenhouse gas restrictions are nothing less than a criminal act against the citizens of the United States. It is utterly baseless, a fraud no less than “global warming.”

There are many other examples of what the government, under the present and preceding administrations going back to Jimmy Carter’s, have been doing to choke off the acquisition of American’s vast reserves of coal, natural gas, and oil.

This isn’t a energy policy. It’s a suicide pact to drive up the cost of energy for all Americans, diminishing our competitiveness, and making our lives harsher.