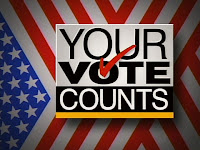 It’s a lot like the marathon experience of “hitting the wall” when you have to push on to get to the finish line. It’s election fatigue.

Elections give media news people hundreds of hours to speculate, to evaluate, to discuss what is occurring in every district of every State, to report which candidate is ahead or behind, to trot out a new poll every day, until those who have probably made up their mind long before refuse to listen to another word.

There are, of course, thousands of words that follow an election and it must be said that the 2010 midterms were quite literally historic. As Karl Rove noted, “Tuesday’s election was epic. Republicans gained over 60 seats in the House and six in the Senate. They’ll now occupy eight additional governor’s mansions and at least 500 more seats in state legislatures.”

“The Republicans picked up more House seats than in any election since 1938, leaving the Democrats with the smallest number in the House since 1946,” and, predicted Rove, “Democratic losses could get worse in the next election. In 2012, three times as many Senate Democrats as Republicans face the voters—and many are from red states. Two more years of voting for the Obama agenda could do them in.”

The question in the minds of most Americans is how does all this translate into solving the awesome problems facing the nation and, more particularly, what does it mean to my future?

Everyone is going to have a different answer to the latter question because everyone has their own specific circumstances. I would not, for example, want to be a new college graduate right about now. The likelihood is they will be moving back in with mom and dad while others will be struggling to hold onto their homes.

While it is likely that the Bush tax cuts will remain, the temptation of States like California and other big spenders to raise taxes exists. The great challenge of our times is to shrink government at every level to an affordable size. Something is very wrong when the largest union in the nation is for government workers. It is inherently wrong that this union can give money to candidates when that money comes from members being paid with public funding.

The answer to the former question, the personal impact the post-midterm nation will have, involves the potential for a huge inflation, a continued devaluation of the U.S. dollar, a stagnant employment prospect as few jobs are created, and for some the prospect of being laid off from work or running out of the funds put aside or invested for retirement.

Real reduction of government is needed, but few believe it will occur. We have a bloated federal government workforce, many of whom are earning twice what a comparable private sector job would pay. There are entire federal departments and agencies that could be pared without being missed.

There are some important policy changes that could significantly improve the job sector and the mythical “energy independence” politicians love to talk about. You don’t just poke a hole in the ground and get oil. It takes time. Involves a lot of risk, and it takes lots of money.

Big Oil is in the business of risk and would spend the money if it was permitted to drill in and offshore of Alaska where vast amounts of oil are known to exist. There’s oil in the Dakotas and there’s oil in the Gulf of Mexico where the Obama administration is deliberately rendering thousands unemployed by slowing the permitting process. When you think oil, also think natural gas. The oil companies are as interested in it as crude.

Let’s stop handing out billions in tax credits and other funding for “Green energy”, wind and solar power. Few projects are more stupid than a proposal to build the world’s largest solar-thermal power plant in the Southern California desert. It just got the green light (no pun intended) from the Obama administration to the tune of $6 billion.

While the Greens are always screaming bloody murder about endangered species and the destruction of “pristine” land, this one project will take up 7,025 acres of federally owned land near Blythe, California. The cost of the transmission lines that will be needed is ridiculous when a single coal-fired or nuclear plant could produce many times more dependable, 24/7 megawatts of electricity than this blanket of solar panels ever will.

Barack Obama is still talking about a fictitious and fraudulent “climate change”, i.e., global warming at a time when most of the world has concluded that there is no global warming and when the largest carbon credit exchange in the U.S. just closed its doors.

Therein lies the real problem. Granted that the election has been a blow against the Obama agenda, Barack Obama is not Bill Clinton who moved to the center after his midterm losses.

Obama is a very different animal. He is still capable of doing a lot of harm from the Oval Office and, as we have seen, he is not shy about doing it. This is an administration that added $2.7 trillion to the national debt, including a record $1.4 trillion deficit for fiscal year 2009 and a $1.3 trillion deficit for FY 2010.

That’s why we must shake off election fatigue and be as relentless in the two years ahead as those through which we have passed. Obama is punishing America because he doesn’t like America.

He must be politically neutralized. It won’t be pretty.

Well said, Alan. This is going to have to stay as dedicated to for the next election, and we will have to continue LONG after that for election after election. We will never be able to rest, because as soon as we think we have it under control they'll be right back in to sabotage once more.

Do we need more efficient energy? Yes. Do we need energy we know how to extract/produce in mass quantities until such time as we create these new energy sources? Yes again. This is what these...people...need to realise. We can't just stop where we are until we jump into that "cold fusion reactor in the trunk for our electric car" technology. We need power to get there.

I agree, Alan. The anti-petroleum idiocy is about to destroy the American people.

There is no "alternative energy" source that is, from any economic standpoint, remotely sustainable.

Pie in the sky, bye and bye.

The US of A has by far the greatest "equivalent barrels of oil"; crude oil, coal and natural gas, than any other nation. Enough to last at least 4 centuries at previous (and larger than now) rates of consumption. Not counting the vast reserves of crude oil in shale oil deposits.

More CO2 would result in no more than a greater mass of green plants.

We who support freedom of the individual have won a great victory, but it appears to me as if the liberal intelligentsia would, as Hitler with Germany, see America destroyed if they can't have their way.

Eternal vigilance is the only option for a free people.

I was around when there was a House investigation committee on un-American activities. Blood ran freely, and traitors to the US went to prison, for "contempt of Congress".

Looks like a bloody and brutal fight in Congress is going to happen, if the newly elected House members live up to their promises. So be it, I say. I have lived on little before, during WWII and after. Individual freedom is worth far more than the price of it.