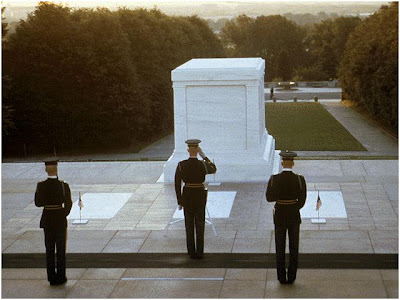 
In the town I called home for more than sixty years, among my earliest memories was joining my Father to attend the annual Memorial Day ceremonies. There was always a march to the appropriately named Memorial Park. It included veterans, scout troops, police and fire contingents, and the high school band.


My childhood years were marked by World War II, beginning when I was just four years of age and ending when I was eight, both fought far from our shores. My Father and I would listen to the reading of “In Flander’s Fields”, a poem by Lt. Col. John McCrae, MD, a member of the Canadian Army, commemorating those who fell in World War I combat.


In Flanders Fields the poppies blow
Between the crosses row on row,
That mark our place; and in the sky
The larks, still bravely singing, fly
Scarce heard amid the guns below.


I was too young to grasp the meaning of the poem. America had reluctantly entered World War I, trying to stay out of what was regarded as yet another European conflict. It had begun in 1914. America entered it on April 6, 1917, joining its allies, Britain, France, and Russia. The infusion of two million U.S. soldiers on the battlefields of France led Germany to sue for peace.


A holiday called Armistice Day would commemorate the end of World War I on the eleventh hour of the eleventh day of eleventh month in 1918. After World War II the name was changed to Veteran’s Day.

America’s losses in combat for World War I numbered 116,516. For World War II, the losses were 405,399. Memorial Day was previously known as Decoration Day, established after the Civil War to honor both the Union and Confederate soldiers who died in that great conflict. By comparison, the Civil War had cost the lives of 625,000, more than the combined dead from World Wars I and II.


On July 4, 1913, veterans of the American Civil War held a reunion at Gettysburg. It was attended by President Wilson, the first Democrat to have been elected since the Civil War had ended in 1865. He would be reelected in 1916 on the campaign motto, “He kept us out of the war.”


In his new book, “1913: In Search of the World Before the Great War”, historian Charles Emmerson takes the reader on a tour around a world that had no idea that it was barely a year away from the most transformative war of the last century, ending the Ottoman Empire and the rule of some European royal families. The Treaty of Versailles gave free rein to the British and French to create new nations in the Middle East (mostly in the interest of controlling their oil), dividing up the region in ways that still reverberate to today. It was a war that set in motion the causes for World War II.


War has been an integral part of America’s history, a nation that began with a long, eight year conflict from 1775 to 1783 in which an estimated 25,000 died. On this Memorial Day most Americans will be thinking of the casualties of the Iraq and Afghanistan wars that followed in the wake of 9/11. Our troops are stationed all over the world because, after World War II, the nation’s mission has been to ensure peace, but they have fought since then in Korea, Vietnam, Beirut, Grenada, Panama, in the first Persian War (1990-1991), intervening in Somalia, Bosnia, an air campaign in the former Yugoslavia, and the Middle East where our troops have since been withdrawn from Iraq (2003-2011) and will be out of Afghanistan in 2014.


President Obama has been the most war-averse Commander-in-Chief in the history of the nation and is caught up in a scandal resulting from a September 11, 2012 attack in Benghazi, Libya, that left an American ambassador dead, along with three security personnel. No military assistance was dispatched to aid them.


No student of history, the President called for an end to "the war on terrorism", but it is a war that Islam brought to our shores, to England this week, and wherever Muslims are found in any numbers. For Islam, the jihad has no end until they conquer everyone. Not wanting to fight is nothing less than surrender.


Memorial Day is a day to remember that the history of war is also the history of civilization; wars fought for conquest and as often as not initiated by those whose thirst for power was the cause. War is often called the interval between periods of peace. The Romans used to say “Si vis pacem, para bellum.” If you want peace, prepare for war.


Those of us who have worn the uniform of our armed forces have a special bond with those who preceded us.


It is astonishing how many men sacrificed their lives for an America striving to be born and one that has had to engage in a number of conflicts to maintain itself; to expand from coast to coast; to preserve the Union and. in the last century and the beginning of this one. to protect those around the world seeking relief from oppression.


We have not seen the end of war, nor will our grandchildren.


Those who gave their lives to ensure our freedom are surely worth honoring.

One word on your excellent article: "TAPS!"

Thank you for posting this.
"Never Forget"
"Semper Fi"