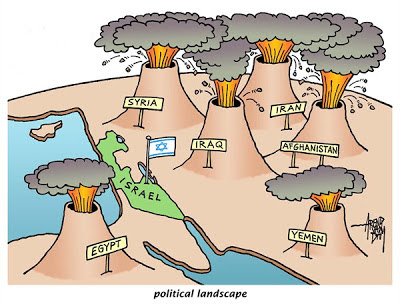 
Don’t feel bad if you can’t tell a Sunni Muslim from a Shiite Muslim. It has been a source of confusion for many people outside the world of Islam. If Bret Stephens, a Pulitzer Prize winning columnist for The Wall Street Journal is right, we are witnessing “The Muslim Civil War.”


Here’s a quick lesson regarding the two sects within Islam. Suffice to say that the Sunnis are the vast majority throughout the Middle East and in nations where Islam is the predominant religion. The greatest concentration of Shiites is found in Iran and Iraq. Both Hezbollah and Hamas, Palestinians, are pledged to destroy Israel, are Shiite.


Islam was invented by Mohammed in the seventh century, an amalgam of pagan beliefs common to Arab tribes in Arabia and a light overlay of Judaism with practices such as the prohibition against eating the meat of pigs. In its earliest years, Mohammed instructed converts to face toward Jerusalem when praying. After Jewish tribes in Arabia refused to accept him as the new prophet of God, he slaughtered them and Mecca became the center of Islam. He had some knowledge of Christianity but disparaged it and, in time, embraced a hatred for all “infidels” (unbelievers) unless they too converted.


Mohammed’s death in 632 A.D. led to what could be called a family fight because a branch of the family, his direct heirs—now known as Sunnis—became the first four caliphs, taking over the leadership of Islam and ruling continuously in the Arab world until the breakup of the Ottoman Empire at the end of World War I. The Sunnis saw this as a devastating loss. The Sunnis comprised an estimated ninety percent of all Muslims at the time and remain the majority.


The conflict within Islam began when those called Shiites, the heirs of the fourth caliph, Ali, began to insist that only his branch of the family were legitimate. Without getting too deep in the weeds, when a mythical “Twelfth Imam” disappeared in 931 A.D., Shiites located largely in Iran, Iraq, and Lebanon, insisted that they had been deprived of a divinely inspired leader. Not until Ayatollah Ruhollah Khomeini led the movement to overthrow the Shah of Iran did the Shiites believe that a legitimate religious figure had emerged. 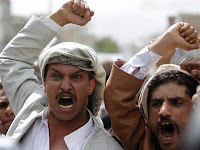 To give you an idea how deeply ingrained the schism between Sunni and Shiite is, Stephens began his commentary noting that “Yusuf al-Qaradawi, the prominent Sunni cleric, said Friday that Hezbollah and Iran are ‘more infidel than Jews and Christians.’” Suffice to say that, among the faithful, it’s a toss-up whether they hate each other more than they hate infidels.


“That a sectarian war in Syria would stir similar religious furies in Iraq and Lebanon was obvious more than a year ago, despite wishful administration thinking that staying out of Syria would contain the war to Syria alone,” said Stephens. “What should be obvious today is that we are at the down of a much wider Shiite-Sunni war, the one that nearly materialized in Iraq in 2006, but didn’t because the U.S. was there, militarily and diplomatically, to stop it.


One example is the decision by members of the Gulf Cooperation Council in Jeddah to punish Hezbollah for its “flagrant intervention in Syrian” against “freedom fighters.” In Kuwait some 2,000 Lebanese Shiite residents will be deported. It is expected that all six of the Sunni nations will follow suit. Hezbollah is an Iranian proxy organization. Iran is a Shiite nation.


Americans, sick of the wars we fought in Iraq and Afghanistan, are likely content to let Muslims kill Muslims and doubtless want to stay out of the Syrian conflict. The problem is that what are often called “extremist” Muslims have exported their internal conflicts.


Osama bin Laden was a Sunni and he declared war on the U.S. in 1986. By 2001 it arrived dramatically in the form of 9/11 and most recently in Boston. Throughout Europe comparable acts of terrorism have been occurring for decades. The realization is slowly sinking in that we cannot sit on the sidelines and watch Muslims kill each other because their internal wars have become our domestic threats. They are shaping global power games. Where to intervene is the problem at a time when the West is mired in its own financial woes.


Writing of the U.S. reluctance to get sucked into the Syrian civil war, Stephens warned that Americans may feel that, “if Vladimir Putin or Iran’s Ayatollah Khamenei want to play in the Syrian dung heap they’re welcome to it. But these guys aren’t dupes getting fleeced at a Damascene carpet shop. They are geopolitical entrepreneurs who sense an opportunity in the wake of America’s retreat.”


Syria is a humanitarian nightmare thanks to the slaughter of innocents and the more than a million who have fled for refuge in Turkey and Jordan. In Turkey, a nation with a proud secular tradition, one foot in the Middle East and one in Europe, the efforts of its current government to impose Sharia law have tens of thousands protesting in the streets opposing an elected but increasingly authoritarian regime.


Daniel Pipes, the president of the Middle East Forum, took some issue with Stephens saying, “The civil war in Syria has also benefited the West until now: It set Sunni extremist against Shiite extremist, weakened the governments of Iran and Syria, harmed the Hezbollah and Hamas terror organizations, caused the malign AKP government of Turkey to stumble badly for the first time in its ten-year reign, and created troubles for Moscow in the Middle East.”


“More broadly, a region that constantly threatens the outside world has become so focused on its own travails that its capacity to make trouble for others for others is reduced,” says Pipes.


There is much to be said for Pipes’ point of view. And for Stephens’ as well. From where I sit, the conflicts in the Middle East are likely to be around for a very long time to come. Islam is a failed religion despite being the faith of more than a billion people. In the way Christianity split between East and West, and then experienced the Reformation, Islam is experiencing significant internal deterioration and external resistance.


Islam veers between arrogant spiritual certitude and the constant evidence of its failure to produce democratic governments with healthy economies, let along societies in which justice and personal security exists. We may well be witnessing the beginning of its demise, but none of us will be around when that finally comes to pass.

If the Muslim nations of Asia and North Africa want to commit suicide, the West should back off and let it happen.

WE NOT HAVE A DOG IN THIS BATTLE TO THE DEATH!

Somehow, every time I see a *Muslims killing Muslims* post on the 'net, I smile...

As to telling them apart, I can't tell a Baptist from a Presbyterian so, I must be some sort of religious bigot... Maybe..

Fred, if they're having fun, they probably aren't Baptists. :-)

You raise a good question, though. How DO Muslims tell whether one is a Sunni or a Shiite?

Every Western country needs to keep their noses out of this fight. Let them kill each other - and so what if Russia and Iran take centre-stage - let them. The only problem is that the refugees of these fights end up in our Western countries through the UN imposing their will on us - which leads to the further export of this cult into our societies. We really are our own worse enemies. We need to seal our borders and let Muslim-run countries look after their own. As it is, America is removing freedoms from their people BECAUSE of the people they're allowing into their country unchecked. The government causes the problem in the first place and then spies on their own citizens as the solution. Ironic much?

Thank you Alan, just learnt a lot from your artical,i say we should stay the hell out of there conflicts if they want to go on killing one another let them eventualy one faction will wipe out the other then it will become much easier to know who our friends are.

Don t you see there is no logic :
Muslim do not kill muslims, because if he did so he is no longer a muslim and it is the worst sin in islam.

There is even less logic in your comment. If it isn't Muslims killing one another, who is doing the killing?

No, I mean that if they are not TRUE muslims. True muslims do not kill themselves.
You can read the notions of Islam if younwant.

Let me explain to you

In Islam, when somebody is elected, the population MUST follow him, as long as :
Do not order something that opose Islam rules.
His election duration is not finished.

In syrian case, none of this conditions allow bachar to continue, neither the fact that he was not elected by population, so they are ought to protest against.

Secondly, if arabic countries were REAL MUSLIMS, they won't wait until USA makes its decisions, they must stop immediately the violence so that no more inocent people will be killed. But USA is not allowing them to do that, so it is its responsability.

I hope you understand.