A "Savage Nation" of Loonies 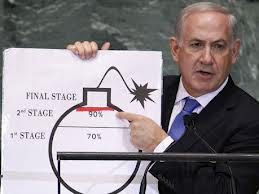 
On Monday evening I tuned to ABC Radio’s “Savage Nation” starring Michael Savage. I rarely listen to him, but I was looking for some diversion. What I heard was a succession of loonies who responded to his question of who was behind the original intention of the U.S. to bomb Syria.


I don’t know who does the call screening for Savage, but even he was annoyed that the first caller got through. He was babbling incoherently and was cut off. What followed was someone who insisted it was “the bankers” who needed the U.S. to bomb Syria because they needed “collateral.” Savage was annoyed and he too was cut short.


The next caller said it was the “generals” who wanted to go to war when even casual observers have noted that the Chief of Staff and others have made it clear they don’t want any part of it.


Finally Savage found a caller that allowed him the opportunity to blame—wait for it—Israel.


When you cannot find a logical explanation for anything, the universal fallback position is always the Jews and/or Israel.

According to Savage, Israel has been behind the scenes manipulating, maybe even ordering Obama to launch an attack on Syria in order to draw the U.S. into a larger attack on Iran. This President has avoided any confrontations with Iran and is so risk-averse that even an itty-bitty attack on Syria was quickly avoided with a decision to ask for congressional authorization.


All of Obama’s current national security advisors are anti-Israel. They include Valerie Jarrett, Samantha Power, and Susan Rice. The current CIA Director, John Brennan, is a big fan of Islam. Add in Obama’s formative years spent in Indonesia, the fact that his father and step-father were both Muslims, and his many friends and associations with people involved with Palestinian and other Muslim organizations, and the picture is clear to see.


True, a number of Jewish organizations came out to support the U.S.  attack, but such groups not only do not speak for “all” Jews, they frequently have serious disagreements with each other. The likely reason for this was fear of a Syrian attack on Israel if the U.S. attacked. No need to worry about that. It is far more likely that Bashar al-Assed is more afraid of the punishment the Israeli Defense Force would inflict than even the various Islamic rebels.


On Monday, September 9, the Jerusalem Post published an article that provides a more accurate judgment about the actual state of affairs in the Middle East these days. Major General Amos Gilad, the director of the Political-Military Affairs Bureau at the Defense Ministry addressed a counter-terrorism summit, saying that “A powerful Middle Eastern axis of Sunni states has taken form in the region which ‘does not view Israel as a sworn enemy’ and has successfully kept extremist jihadi terrorism at bay.”


According to the Post, Gilad told the gathering that Israel “won’t ever be accepted as a formal member’ of the Sunni axis, but that the states that make it up all view the U.S. as the sole superpower and that their regional policies are indirectly beneficial for Israel. This has a huge importance…and gives us many opportunities.”


It is instructive that, throughout the latest Syrian crisis, Israel maintained virtual silence, saying nothing about events unfolding in the U.S. as Obama stumbled through a series of decisions and indecisions. It is doubtful that Obama has fooled Israel with his protestations that “we’ve got your back” and retreating from his earlier call that Israel return to its 1967 borders and agree to a two-state status with the Palestinians. The Obama administration is so delusional that Secretary of State John Kerry devoted a lot of effort to getting Israel and the Palestinians to sit down for discussions, but Israel is not suicidal or stupid. For sixty-plus years, the Palestinians have called for its destruction.


Indeed, it is noteworthy that, while Iran has ignored Obama’s outreach and failed diplomatic efforts to get it to stop enriching fuel for nuclear weapons, it was Israeli Prime Minister Benjamin Netanyahu’s September 27, 2012 speech to the UN in which he set a “red line” that has had the most impact on its enrichment activities. International sanctions have had an impact as well.


Moreover, the capacity of Israel to defend itself and to inflict serious damage if attacked has played a major role during which, since the1967 war when Israel took control of Syria’s Golan Heights, neither his father, nor Bashar al-Assad have taken any steps to regain the area. Syria did not respond when in 2007 Israel destroyed a nuclear facility under construction. Gilad reminded the gathering that Hezbollah, in control of Lebanon, has also been deterred from launching any attacks on Israel, noting that the threat has not vanished.


Israel has made it clear that it will not permit an Iran with nuclear weapons and is joined in this by Saudi Arabia and other Sunni states. While the U.S. sided with the Muslim Brotherhood when it took political control of Egypt, both Iran and the Brotherhood are regarded as the two greatest threats to Saudi Arabia. When Mohamed Morsi was overthrown by the Egyptian military following protests by millions of Egyptians, Saudi Arabia came to the aid of Egypt with billions of dollars.


Obama’s Middle East policies have seriously reduced his credibility and support in Congress and around the world. An off-hand remark by Secretary Kerry about turning over Syria’s chemical weapons to international monitors has been seized upon by the Russians as a means to defuse the prospect of a U.S. attack. Syria quickly embraced the idea. And now the U.S. is on board as well.


Michael Savage will continue to rant about Israel, but the real power affecting the outcome of events in the Middle East has become the Sunni Axis, not Israel and only tangentially the U.S.

It's all a wonderful mixture of gas and oil, religion, and the insatiable quest for power and prominence.
Whether you're wearing a tin foil hat or not, you can't help but think there are unseen powers at work, orchestrating the stupidity of this administration and their seemingly uncaring attitude towards the notion that our Nation is and always has been, a Nation of particular exceptionalism.

Frankly, I believe it's the Arabs who push. Sunni Saudi Arabia would like Shi'a Iran to topple and be taken over by Sunnis is possible.

Everyone's credibility is shattered by this farcical episode, both those who want to support Obama in attacking Syria and those who don't--because it reeks of just another lie on his part, and a series of lies and posturings to get out of it. Even the "Sunni axis", of "moderate" Muslims, is not to be believed--and that too is due to the lie at the heart of Islam (perhaps best understood by translating "Islam" as "I-salam": no peace. And for us, no hope and change as long as Obama and the Insane Left are in charge.

So much for the favorite theory of anti-Semites there exists a ZIONIST CONSPIRACY to take over the world!

My experience has been if you talk to three Jews, you get five different opinions on any given subject :-)

But seriously, the Jews are rugged individualists, which explains why they are to be found in the ranks of both communists and capitalists.