The Three-Decade Delay of a Nuclear Waste Repository 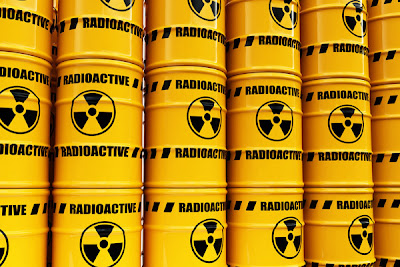 
There was a time when the United States was a can-do nation that built canals, bridges, railroads, and highways. Now we are a nation whose civil engineers annually report the dangers of decaying infrastructure. A perfect example of how incompetent our government has become is the Yucca Mountain nuclear waste repository.


In 1982 the U.S. Congress established a national policy to solve the problem of nuclear waste disposal. As far back as 1957, the National Academy of Sciences had recommended that the best way to address the problem was to dispose of it in deep underground rock. In 1987, Yucca Mountain in Nevada was designated as the site. It was immediately opposed by both environmentalists and others. Congress approved the site in 2002.


An Associated Press article on August 13 reported on a recent decision by the U.S. Court of Appeals for the District of Columbia ruling that the Nuclear Regulatory Commission had to complete the licensing progress and approve or reject the Energy Department’s application for the site.


“The court’s decision was hailed by supporters of the Yucca site, which has been the focus of a dispute that stretches back more than three decades,” reported the AP. “The government has spent an estimated $15 billion on the site but never completed it. No waste is stored there.”


The failure to open the Yucca Mountain repository is an obscenity. Instead of storing nuclear waste in the most studied piece of U.S. geography in the history of the nation, it is stored at more than seventy (70) sites around the nation. The Yucca Mountain site was supposed to begin accepting spent fuel by January 31, 1998, fifteen years ago.


The Appeals Court delivered a serious rebuke to the Nuclear Regulatory Commission which has essentially been treated as a political instrument of the Obama administration. The Court said the NRC was “simply flouting the law” when it allowed the Obama administration to continue plans to close site. This is especially egregious insofar as federal law designates the site as the nation’s nuclear waste repository.


“The President may not decline to follow a statutory mandate or prohibition simply because of policy objections,” said Judge Brett M. Kavanaugh who wrote the majority (2 to 1) opinion. “It is no overstatement to say that our constitutional system of separation of powers would be significantly altered if we were to allow executive and independent agencies to disregard federal law in the manner asserted in this case by the Nuclear Regulatory Commission.”


It is not just the President and the NRC that will not uphold the law that Congress passed. It is has been the Senate Majority Leader, Harry Reid, Democrat from Nevada. Kim Strassel noted in an August 15 commentary that “Mr. Reid has for years single-handedly thwarted Congress’s will to create a deep storage facility…Such has been one senator’s ability to render the 1982 Nuclear Waste Policy Act, 30 years of work, and $15 billion of federal funds moot.”


The arrogance of Sen. Reid, with the support of the President, is that of imperial kings and other monarchs for whom their personal agenda outweighs the welfare of the rest of the nation. The project was abandoned in the President’s first term; in 2011 the NRC, a supposedly independent agency, allowed the shutdown to stand.


The present claim is that there is no money to move forward with the completion of Yucca Mountain and it is true that opponents in Congress, led by Sen. Reid, have cut nearly all funding in the last three years, but the court said that the NRC has about $11 million remaining for the purpose of funding a review of its safety. Congressional staffers who have seen a redacted draft of the review to date say that is safe.


Nuclear waste, the by-product of electric power generation at commercial nuclear plants and of high-level radioactive waste from reprocessed spent fuel, must be stored somewhere. Congress addressed that in 1982, more than three decades ago. We are still waiting for a rational, practical solution because of politics, not science, nor common sense.

The Nuclear Waste Repository is a colossal mistake in governmental regulation. Known for decades are two solutions:

1) The molten salt thorium reactor which would "burn" high level nuclear waste as well as Thorium and Uranium,
and,
2) Reprocessing spent fuel which is now proscribed.

Solution 2) should be started immediately and solution 1) developed. There is no scientific problem only political foolishness.

The preferred method for getting rid of radioactive waste is to bury it deep underground and hope to never see it again. Texas’ approach to regulating radioactive waste is similar. Instead of a public airing, problems with a burgeoning West Texas nuclear dump often get buried.

Problems With a West Texas Radioactive Waste Dump Get Buried

Just one more example of Obama thumbing his nose at the law and acting like a dictator. Personally, I'm getting a little sick and tired of it, and the complete failure of Congress to call him on it and protect their place in the power structure of this country is disturbing to say the least.