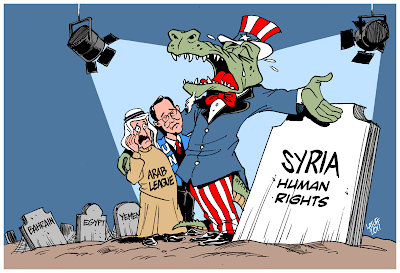 
The President’s assertion of a short attack has been called “the Goldilocks” approach to war, offered as a measured, limited response to the use of poison gas that killed over a thousand men, women and children in late August. Wars, however, do not lend themselves to such measures. They have a way of getting out of control, drawing in nations that have no wish to engage in them.


Moreover, there is ample reason not to rush into any military operation until we know whether, in fact, the poison gas was used by Assad or by rebel forces seeking to draw the U.S. and other nations into the conflict. Logically, there was no reason for Assad to use poison gas. All observers were of the view that he was winning the civil war at the cost of slaughtering 100,000 Syrians and turning millions into refugees.


This is not the first time the world has stood aside while such slaughters have taken place. It is an ugly truth, but it is the truth.


Who is rushing to resolve the horror that is Syria? Not the United Nations. Not NATO. Not Great Britain. Not Saudi Arabia. Not the Arab League. Nor has the United States to the point where Obama had to reverse course and ask for permission from Congress.


When you also consider the failure of the U.S. to arm “moderate” rebel forces as promised, it raises still more questions regarding who to arm and why the proposal has proven so resistant to fulfillment.


An element of the Benghazi scandal is the widespread belief that Libya was being used for the covert transfer of weapons, but that does not explain why the Obama administration blatantly lied about those who perpetrated the attack that killed an American ambassador and three security personnel, nor why there was no effort to come to their aid.


It is absurd to say that Assad’s Syria represents a threat to American national security and the hearings on Capitol Hill made it clear that the Joint Chiefs are very reluctant to initiate an attack that, militarily, is not likely to do much to degrade Assad’s ability to wage war. The Syrian operation comes at a time when the nation’s military capacities have been worn down by more than a decade of fighting in the Middle East. Congress would have to make a special appropriation to cover the cost of the use and replacement of missiles. 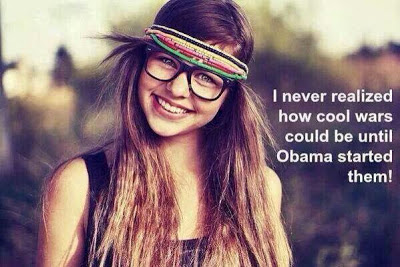 Americans have been forced to witness a theatre of the absurd as Democratic Party spokespersons from Obama to Kerry, Pelosi to Wasserman-Schultz, defend the attack while supported by RINOs John McCain and Lindsay Graham. Even Republican leaders such as John Boehner and Eric Cantor have had to make the calculation to support Obama in order to avoid having the nation look weak in the wake of his “red line” statements.


The problem, however, is that the U.S. does look weak after its involvement in Afghanistan and Iraq. Adding Syria to the list will only enforce that perception.


It has taken barely five years for Obama to “fundamentally transform” America into a liberal cesspool of debt, widespread unemployment, and now a debate over whether to use military power to help him “save face” in a world where the fate of Syria is way down on the list of priorities, led by the increasingly desperate need to save America.

Alan you are 100% correct. We have no business getting involved in the arab wars between sunnis and shiites. Let them fight it out amongst themselves, only getting involved when they cross the borders into Israel, our one true democratic ally in the region.

Duplicitous hypocrisy... Plain and simple, that and the simple fact that Libbers are the scum of the earth...

Perhaps a bit off- topic but lewrockwell.com had an interesting piece on the progression of the false flag operation in Syria:
http://tinyurl.com/q5mcocj

The one point I would make against what you have written above is, you seem to defend John Boehner and Paul Ryan, on the basis that not backing Obama would make America "look weak". That is Grade-A Bull. Up until Obama, totally unexpectedly and at the final moment, chose to try to get Congress's backing, this has been his show, and his alone. Those Republicans who now want to back him are idiots, pure and simple.

Good one, Alan. I wish you were the president and Obama just had a blog.

I only hope all the votes in both the House and Senate are made public so we can see where each and every one of our elected "representatives" stand. I did not know that Ryan would vote for use of military force. Did you mean Eric Cantor or is Paul Ryan another RINO? I would have thought better of him.

Yes, I meant Eric Cantor. Will change the text.