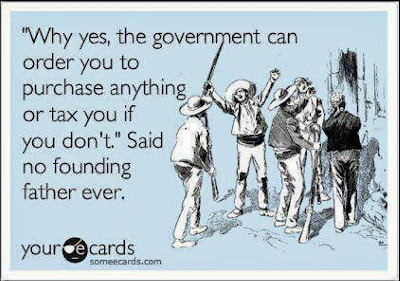 
Back in May, in a commentary titled “Ted Cruz for President”, I took note of the reasons why he would be eligible to run for President in 2016, citing the opinions of legal scholars and others. The odds have just gone up that he will not only make a run for the office, but can win. He will have to do it, at this point, by overcoming the opposition of the elites in the Republican Party who have managed to lose the last two elections for that office.


I wrote, “As Solicitor General (for Texas), Cruz authored more than 80 U.S. Supreme Court briefs and argued before it 43 times, securing a number of landmark national victories defending U.S. sovereignty against the U.N. and the World Court, the Second Amendment, the constitutionality of the Texas Ten Commandments monument, the words ‘under God” in the Pledge of Allegiance, and other key decisions.”


In the early years of the American government, what was high on the list of priorities for the job of President was leadership. From Washington to Grant to Eisenhower, Americans voted for men who had demonstrated that quality in combat. They saw it in Ronald Reagan and they saw it in George W. Bush’s response to 9/11 and stuck with him when he took us to war in Iraq.


Ted Cruz, a freshman Senator, demonstrated that with extraordinary endurance as he gave voice to the many reasons the Affordable Care Act—Obamacare—is an attack on the lives and the livelihood of all Americans.

He has been attacked by the Republican establishment and even by some in the media you might consider friendly to his crusade in order to get Americans to understand how deleterious Obamacare is to our nation’s economy, to the free market—free enterprise system, to the relationship we take for granted with our personal physicians, and to the right to privacy that lies very much at the heart of our healthcare and political system.


I am not a legal scholar, but is obvious to me from my reading in American history that the Founders never envisioned that the Constitution would be misconstrued to say that the government has the right to tell us what we MUST PURCHASE and that, of course is what Obamacare does. When you take away the fundamental right to purchase or NOT purchase under penalty of a fine, you take away a fundamental freedom, you take away liberty.


Ted Cruz understands that and it is a wonder to me that everyone else does not understand it as well. It is true that the House of Representatives, controlled by the Republican Party, has passed a multitude of laws to repeal Obamacare. The most recent law would defund Obamacare while funding the government.


Because the Senate is controlled by Democrats, however, those laws die there. Indeed, the former greatest deliberative body in the world does not deliberate much anymore. It takes its marching offers from an offensive clique of men led by Harry Reid (D-NV). The widespread public rejection of Obamacare has a number of Democratic Party Senators, up for election soon, breaking with the Party to vote with Republicans on some bills.


Ted Cruz has given them a lesson in true leadership and in true courage.


A new generation of Americans is being required to learn the lessons of those first Americans who distrusted the tendency of power to become tyranny. In a book by Timothy Sandefur that will be published in January by the Cato Institute, “The Conscience of the Constitution: The Declaration of Independence and the Right to Liberty”, he writes that “A government that enables a single tyrant or a powerful group of influential insiders to exploit power to benefit themselves would expose citizens to the same dangers of violence and oppression that would exist in a country ruled only by warlords and strongmen.”


We have been witnessing the tyrannical misuse of power by President Barack Obama through the instrument of Executive Orders, through the revision of the provisions of Obamacare that bypass the role of Congress, and, it can be argued, by the party-line vote that passed—unread—a 2,700 page act that has since ballooned to 27,000 pages of regulation, strangling and destroying one sixth of the nation’s economy, healthcare, as it destroys jobs and business growth in other sectors.


Ted Cruz is leading a crusade that is composed of patriots.

"If the federal government should overpass the just bounds of its authority and make a tyrannical use of its powers, the people … must appeal to the standard they have formed, and take such measures to redress the injury done to the Constitution as the exigency may suggest and prudence justify." --Federalist No. 33 (1787)

“The more a society drifts from the truth, the more it will hate those who speak it.”
George Orwell

Even Senator Tom Coburn, a man for whom I have held a great deal of respect, says Ted Cruz is out of line with his antics on the floor of the Senate. For once, I have to disagree with Coburn.

I believe Cruz knew he was fighting a losing battle when he started his crusade. He continued forward because he believed it was important for Americans to alerted to the havoc that is headed their direction, in the form of Obamacare. For that, he has my utmost respect.

That was quite a show. I'd vote for him if he runs for President.

Rand Paul and Chris Christy would also be a good choice.

"...the Founders never envisioned that the Constitution would be misconstrued to say that the government has the right to tell us what we MUST PURCHASE..."

And this would apply to auto insurance...how?

Oh, I forgot. Travel by roads monopolized by government fiat is a "privilege", not a "right". Sorry, got to disagree, and point out that that has nothing to do with whether or not we can be commanded to buy something by government decree, no matter what the circumstances.

The more I learn about Sen. Cruz, the better I like him. The Republican Party doesn't like people making waves, and they are losing support of people like me.