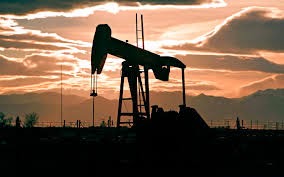 
“It is a sad day when a state chooses to listen to the fear, uncertainty, and doubts spread by anti-fossil fuel agitators rather than making a decision for economic strength that would benefit schools, communities, and many of its poorest citizens—especially when the vilified technology, hydraulic fracturing, has been used safely and successfully for more than 60 years and has brought prosperity to other formerly struggling regions.”
Marita Noon
Executive Director, Citizens Alliance for Responsible Energy
Policy Advisor, The Heartland Institute


Responding to the announcement by New York Governor Andrew Cuomo that the state would ban fracking, Ms. Noon joined others, bringing their expertise to bear on a topic that remains a concern only because environmentalist enemies of energy in America continue to lie about it every chance they get. 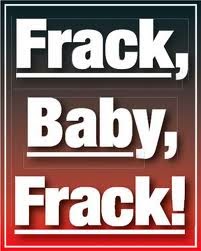 In his book, “The Fracking Truth--America’s Energy Revolution: The Inside, Untold Story”. Chris Faulkner wrote “Furthermore, it’s been commonplace for decades. Worldwide, it’s estimated that more than 2.5 million wells have been fracked and the U.S. accounted for about half of those. Today, about 35,000 wells are fracked each year in all types of wells. And it’s impact on industry? It’s been estimated that 80% of production from unconventional sources such as shales would not be feasible without it.”


The Governor’s decision has everything to do with wooing the support of environmentalists in New York and nothing to do with the jobs and billions in tax revenue that fracking would have represented.


New York’s acting health commissioner, Howard Zucker, justified the decision saying that “cumulative concerns” about fracking “give me reason to pause.” Are we truly expected to believe that five years of study since the initial 2009 memorandum about fracking any provided reason to ban it?  If the use of fracking technology dates back to 1947 without a single incident of pollution traced to it, what would it take to create “cumulative concerns” except ignorance or prejudice against the facts?


Even the Environmental Protection Agency has never found evidence of the chemicals used in fracking entering the nation’s groundwater. Moreover, fracking fluid is 99.5% water and sand. The rest is a mixture of chemicals similar to household products that could be found under the kitchen sink.


As Dr. Jay Lehr, Science Director of The Heartland Institute, a free market think tank, points out, “Today we only fracture wells that are drilled horizontally and that requires 1,500 feet of vertical depth for the well” and thus “all such wells are way below local water wells.”


How idiotic, then, is it to seal off some twelve million acres of the Marcellus Shale, an underground rock formation with natural gas reserves that have helped create energy production booms in North Dakota, Pennsylvania, West Virginia, Colorado, and Ohio?


A December 19 Wall Street Journal editorial noted that just across New York’s border with neighboring Pennsylvania, “A 2011 Manhattan Institute study estimated that each Marcellus Shale well in Pennsylvania generates $5 million in economic benefits and $2 million in tax revenue.” Companies there have generated more than $2.1 billion in state and local taxes since the fracking boom began. As one observer noted, “The ban ignores New York’s “6% unemployment rate, a depressed upstate region, and the fourth highest electricity prices in the nation.”


I don’t know how long it will take for the vast majority of the U.S. population to conclude that everything the environmentalists and their propagandists in the nation’s schools and media have to say about energy is as vast a hoax as the now discredited “global warming”, since renamed “climate change.”


Energy is the master resource, the lifeblood of ours and the world’s economy, the basis for electricity, for the ability to travel vast distances, for machines that enable vast harvests of crops by barely 2% of the U.S. population, to power all manufacturing, and to heat or cool our living and workplaces.


Fracking is yet another technological miracle and, of course, the environmentalists oppose it.