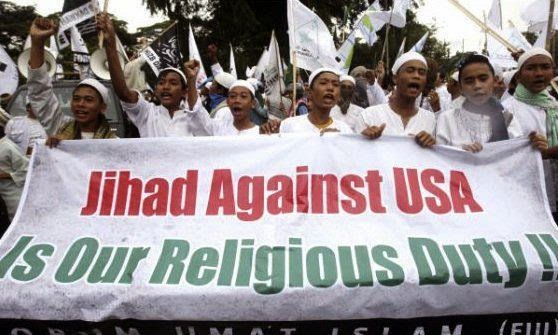 
As usual, those for whom laws, ethics, and good will mean nothing have come together to try to ruin Christmas for the rest of us.


I will begin with a fulsome condemnation of those who go to court or raise a cry about the presence of Christmas displays or any religious symbol on “public land.” The Constitution does not forbid this. It forbids “the establishment of religion” which was understood to mean laws that made a particular religion a state religion such as the Church of England that exists today. The fact that some courts today do not understand this does not change the meaning or intent of the Constitution.


Christmas 2014, it must be said, is fraught with all manner of threats to our society and our nation.


After several weeks of portraying police as the problem, two of them were assassinated as payback for the deaths of a Ferguson, Missouri thug and a Staten Island petty thief. Insanely some people marched in the streets shouting that they wanted “More dead cops.” From the President and his “advisor” Al Sharpton, the Attorney General, and even the Mayor of New York, the message was that the police are the enemy.


It is progressives—Communists—who are the enemy. Welcome to the 1950s all over again.


Obama and Holder have been ginning up racial division since they took office. It casts a pall over a nation that prides itself on having a BLACK President, a BLACK Attorney General, and a legion of BLACKS who have worked hard to achieve success in public service and the private sector.


All this may strike some as strange given the outcome of the recent midterm elections in which the Republican Party won 54 of the Senate’s 100 seats, expanded its majority in the House, and now have 31 governors because the voters want real CHANGE. Will they get it? Sadly, Americans are beginning to think that there is a third party, the Government Party, composed of those in Washington, DC for whom our demands hold little merit while they toil to make government bigger. I hope the GOP proves me wrong in 2015.


Another sad feature of American politics these days is the fact that it is owned by two families, the Bushes and the Clintons. America is a Republic, not a monarchy. Something is terribly wrong when both parties have no one else to offer than Jeb Bush and Hillary Clinton, members of two political families that have been around since the 1970s. Enough is enough!


There is no question among those of us old enough to remember when America had a set of beliefs, some spiritual, some secular, that held our society together for the good of all. One of those was the belief that marriage was between a man and a woman. It has been that way for thousands of years, yet for Americans in 35 states “marriage” is now something between members of the same sex.  I doubt, too, that you have read that the FDA has taken a first step to lift the ban prohibiting gay men from donating blood because of the high incidence of AIDS among them.


The same destruction of society can be found in the movement to legalize marijuana. It is a dangerous drug.


Beyond our shores, the nation has always had its enemies. They are more often than not nations who grant no freedom to their own citizens. The most recent example is North Korea and, for a variety of complicated and interrelated reasons (China!) the U.S. has been unable to respond with strength to its nuclear threats. The hacking of Sony Pictures was an act of cyber war, not “vandalism” as the President would have you believe. The threats that accompanied it made that clear.


The irony of our immigration problem is that America is still regarded with such high esteem that many want to come and live here. Some want it bad enough to sneak in. We now have several million illegal aliens living among us and both political parties do not see them has having broken the laws of our nation, but as potential new voters! That’s crazy and it’s dangerous when a President makes it known that he doesn’t think our borders must be defended. We have immigration laws for the same reason every other nation does and they must be enforced.


The hotspot in the world is the Middle East. Does anyone find it ironic that the “Prince of peace” was born in a nation, Israel, that much of the rest of the world wants to destroy? I find that depressing. The Arabs, supported by Europe and the Obama administration, are trying to get the U.N. to declare that the “Palestinians” are a state or nation. Only there has never been a Palestinian nation, a term invented by Roman Emperor Hadrian for the land 3,000 years of history records as Israel.


When you add in the butchery and slaughter of the Islamic State, you have everything you need to know about Islam; those who believe in cutting off the heads of Americans and others because they are unbelievers—infidels—need to be destroyed down to the last man. Add in al Qaeda and Boko Haram, and you have more enemies of mankind. There are over a billion Muslims and an estimated ten percent support the “holy war.” That’s a hundred million people and that’s a lot of trouble.


About the only good news is the way their dependence on oil has displayed the weakness of nations like the Russian Federation and Venezuela, among others. These nations have failed to develop a viable private sector. Cuba, dependent for years on Soviet support and then Venezuelan, both Communist, just scored a coup when President Obama granted it U.S. diplomatic recognition.


How many more Christmases will the world celebrate before we understand that Communism is a threat to mankind? There’s still too much of it in the world. It has found a home in the White House.


America has celebrated Christmas in the midst of two world wars in the last century and a score of lesser wars. We are a resilient people. We are reviving an economy that suffered a great financial crisis in 2008 thanks to bad government policies regarding mortgages and housing. The bad news is that those policies have been reinstated.


My Christmas will pass like the last 77 have. I wish it were a happier one.

Excellent article and spot on as usual!

Yes, we are a divided nation that seems on the fast track to civil war between the same two sides in the late Cold War - the capitalists vs. communists.

The communists - The Ruling Class- the PROGRESSIVES - in this contest control the major Institutions, but are very thin on the ground, and amount to less than 1% of the population in terms of hardcore members who make the major decisions.

The Blue Front Progressives are opposed by the Red Front Patriot faction ("Country Class") that are in the clear majority and in November mid term elections gave the Blue Front a major league butt kicking and all but destroyed the Democrat Party.

2015 is shaping up as the year of decision. The only way for the Progressives to hang on to power is to continue to rule outside the U.S. Constitution and become even more oppressive.

At some point on the road to tyranny in the near future there will very likely be a major blowback from the Patriot faction.

However, Nothing is inevitable.

The Patriots could fold their tents and march into the GULAG without a spark of resistance, or they could rise in bloody rebellion.

We see through a glass darkly!

Man proposes, but God disposes and whatever happens - good or bad - is His Will.

May this Christmas be unexpectedly bright & joyous, for you and all of us.

@Rev. Paul: Thank you and Merry Christmas to you.

@Ron Barbour. Good analysis. My crystal ball doesn't tell me how it ends. It is, however, getting uglier between the progressives and the rest of us.

This is your usual excellent assessment of how things are stacking up in our great country. There is nothing you've said with which I disagree. What I fear is a class of people who will be willing to go along, to get along. I personally like Dr. Ben Carson as a candidate, but I wonder if he can be made to squelch P.C. thinking. It's important to pick a leader, in the best sense of the word. Thank you for your guidance, and your insight. And Merry Christmas!

Thank you, Travis. I am hopeful we can get through 2015 in pretty good shape. Our economy is regaining its strength while others around the world are encountering problems.