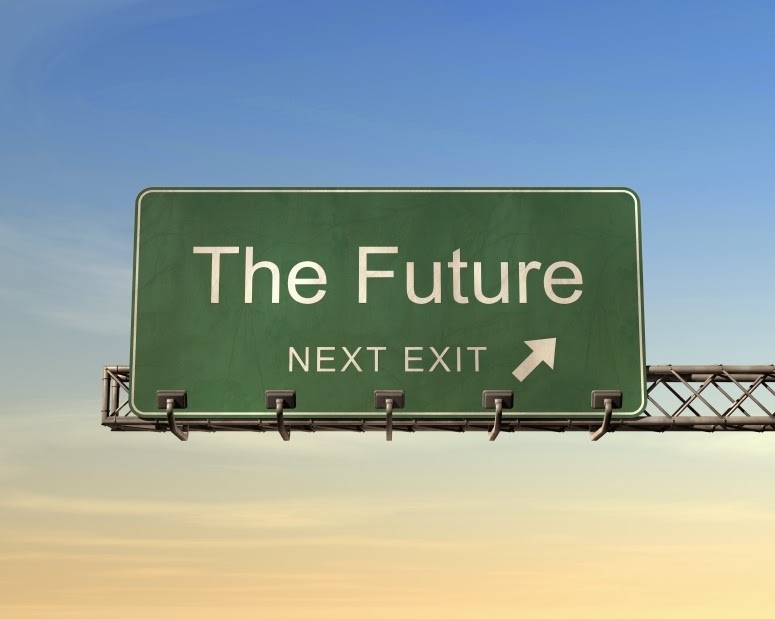 
If there is one thing pundits like to do it is to make predictions. If they turn out to be right you can always look back and quote them as proof of your prescience and if they are not, you can always ignore them.


The best ones, of course, are those filled with doom and I suspect they are the most prevalent. We all live to some degree in fear of the future. It is, after all, unpredictable and we are conditioned to believe something awful will happen. That’s what keeps insurance companies in business. Governments continue to create problems and then promise to solve them.


For example, at some point there will be a huge earthquake in California thanks to the San Andreas Fault and in a comparable fashion the Yellowstone National Park will have an even bigger event due to a huge volcano that lies beneath it. The loss of life and economic impact will be historic no matter when they occur.


What is predictable will be natural events such as hurricanes and tornadoes, but what is largely unreported is that both have been occurring less in recent years. As Weather.com noted this year, “the Atlantic basin, which includes the Gulf of Mexico and the Caribbean, produced the fewest tropical cyclones and fewest named storms since 1997.”  Worldwide, there are some 40,000 tornadoes and the U.S. averages some 1,200 a year. So the weather guarantees some unhappy news for some of us some of the time.


Blaming natural phenomenon on “global warming” which is not happening or on “climate change” which has been happening for 4.5 billion years is the way the merchants of fear keep everyone scared of real and imaginary weather events. The planet has been in a natural cooling cycle for the past nineteen years because the Sun is in one as well, producing less radiation.


As for climate, it is measured in units as small as thirty years and as big as centuries and millenniums. Nothing mankind does has any impact. The Pope is wrong. The President is wrong. And lots of others who claim that climate change is an immediate threat.


What interests most people is the state of the economy and the good news is that it appears to be improving although relying on government issued statistics is problematic because they are often mathematically skewed to show a favorable trend. There is a natural dynamism to the U.S. economy which would be even greater if the government would eliminate the hundreds of thousands of regulations that interfere with the conduct of business and stop issuing more. Less taxation would boost the economy as well.

I am hopeful people will stop being taken in by the talk about “income inequality.” If the economy improves there will be jobs and the marketplace will determine the salaries they will pay. By contrast, legislating minimum wage increases reduces jobs. We’ve been watching machines replace humans for a long time now.


Elsewhere in the world, the economy is very iffy. The drop in the price of oil will have a dramatic impact on nations whose economies are dependent on it. The Russian Federation will likely be less aggressive with neighboring nations. Venezuela is already in a world of trouble. The Middle East will feel its impact as well. The reason traces back to the increase in the technology of hydraulic fracturing, otherwise known as fracking. It had its beginnings in 1947 and today it is unlocking huge amounts of oil and natural gas. It will make the U.S. energy independent and that’s a very good thing. It will also continue to generate jobs and revenue.


Will there be wars in the world? The short answer is that there will always be conflicts because that is the nature of the world. Wars are very expensive and most nations want to avoid them. The big problem in 2015 will focus on two nations. North Korea is led by a mentally unstable dictator, a threat to others in its region thanks to its nuclear weapons, missiles, and huge army. Iran will be a threat if it is allowed to acquire the ability to make its own nuclear weapons. When that happens the threat level to Israel and the U.S. increases, along with every other nation its missiles can destroy.


What is entirely predictable will be the horrific attacks of Islam’s “holy war” on all other religions and, testimony to its lack of internal cohesion, its attacks based on whether Muslims are Sunni or Shiite.


It would be nice to predict that science will find cures to many of the ills of mankind and the fact is that it has been doing that for much of the last century and will continue to do so in this one. In 1973, life expectancy in the U.S. was 71 years of age and it is now up to 78. In much of the world people are living longer and that is having some interesting demographic impacts in nations that are trying to cope with providing care for a growing older generation.

In the sphere of U.S. politics the most encouraging trend as seen in the last two midterm elections has been voters—those who actually show up and vote—toward conservatism. The Republican Party has regained control of the Senate and expanded its control of the House. The majority of U.S. states have Republican governors. The Tea Party has played a significant role in this, but it is a movement and will continue to take the lead in seeking to reduce the size of the federal government that is far too large for a society based on the idea of freedom and liberty. In what is likely to be an increasing bipartisan effort, the new Congress will work to control as much as possible the damage Obama seeks to inflict.


It takes no great prescience to predict that Barack Hussein Obama will spend his remaining two years in office doing what his Communist roots and ideology has trained him to do; stir as much racial divisiveness as possible, encourage more illegal immigration, keep the increasingly unpopular ObamaCare alive, undermine our moral structure, degrade our military strength, and other such mischief.


Two years sounds like a long time, but he will be gone by January 20, 2017 when a new President takes the oath of office that he has ignored. One prediction about him is easy. He will be judged the worst President the nation has had and, in fact, that judgment has already been rendered.


What is not predictable are the directions the U.S. Supreme Court will take the nation in 2015. Despite its august name, it has made some supremely bad decisions in the past. Wouldn’t it be nice if it undermined ObamaCare after having helped inflict it on a health system that was the best in the world and is now suffering greatly from it?


If any of my predictions turn out to be true, I will claim bragging rights, but mostly what I intend to do is maintain my personal sense of hope, sensing that more people worldwide are discovering that others share their desire for less corruption and more freedom.

There does not appear to be a glimmer of hope for improvement in USA in sight.

@JMD: Not so. Congress is now controlled by the GOP, the economy is improving, and millions of Americans are no longer fooled by Obama.

Well, Alan, I would say there isn't a breathe of daylight between the two. Also, never underestimate how dumbed down the public is. IMHO.

I am a little disappointed now that I see I have two more years added to my life, that Global Warming will not raise the sea level in Ormond Beach FL. I was hoping that I wouldn't have to carry my surfboard as far as I do now. At three-score, ten and six, it is getting heavy. As an aside, I got hung up on the other day on radio when I suggested there might be a religious dimension to what's going on the Middle East. The distinctly progressive moderator/host thought I was nuts. There is a religious dimension to life, everywhere. Some know how to deal with it, others shoot and kill.

Dave, someone who's still surfing at your age has done something right.

As for the radio guy, just a de4mostration that liberals cannot take listening to an alternative point of view or FACTS.