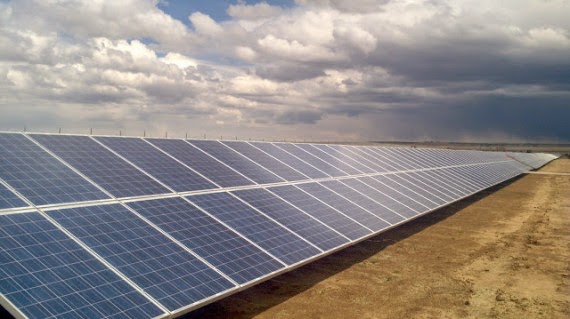 
One of the lesser known attempts to prove that renewable energy, wind and solar power, can replace traditional energy sources--coal, oil, and natural gas--went belly up in much the same way current wind and solar companies depend on tapping the taxpayer for government subsidies in order to stay in business. Google’s Renewable Energy Cheaper than Coal initiative begun in 2007 and shut down four years later.
Two members of the Institute of Electrical and Electronics Engineers, Ross Koningstein and David Fork, worked on the project.

At the start of the project "we shared the attitude of many stalward environmentalists. We felt that with steady improvements to today's renewable energy technologies, our society could stave off catastrophic climate change. We now know that to be a false hope, but that doesn't mean the planet is doomed."


Environmentalists start off with several thoroughly incorrect beliefs that are not supported by science. The first is that climate change has anything to do with human activity such as carbon dioxide and other so-called “greenhouse gases.”


The Earth is not a greenhouse. It is always in the process of absorbing and discharging heat via the atmosphere and the oceans. If it retained heat all life on Earth would die. Even on a hot summer’s day, it will cool at night. Deserts, too, are often cooler at night.  As for carbon dioxide, it is a trace gas in the atmosphere at barely 0.04%, but it is also the gas which all vegetation requires. In turn, vegetation gives off oxygen while we humans and other animals exhale carbon dioxide.


There is no basis in science for nations to reduce so-called greenhouse gas emissions. Indeed, more carbon dioxide would be a good thing for the planet’s vegetation, yielding healthier forests and greater crop yields on farms.


Thirdly, environmentalists believe that we shall run out of coal, oil, and natural gas at some point. The current estimates put that point very far in the future and, since new reserves are being found, they show no indication of not being available for a very long time to come. 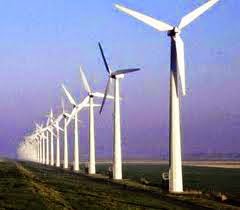 “Trying to combat climate change exclusively with today’s renewable energy technologies simply won’t work,” said the two IEEE engineers. They’re right. Of all the forms of energy available wind and solar are so expensive and so unpredictable that they make no sense based on the false notion that humans can impact the Earth’s climate now or ever.


The public is never told that wind turbines and solar farms all require a traditional electrical energy producer—coal, oil, or natural gas-based—because they don’t function if the sun is not shining or the wind is not blowing. These days, we can add nuclear plants to those deemed traditional. Hydroelectrical plants are also traditional.


It is the American taxpayer who is paying the price for renewable energy that is more costly to produce than traditional coal-fired plants or those now benefitting from the reduced cost of natural gas thanks to fracking technology that Is securing more of it, as well as oil.

A Fox News headline recently reported that the “World’s largest solar plant applying for federal grant to pay off federal loan.” The wealthy investors in a California solar plant, the Ivanpah solar plant, owned by Google and the renewable energy giant, NRG, not only received a $1.6 billion construction loan from U.S. taxpayers, but they are now requesting a $539 million grant to pay off their loan!


William La Jeunesse of Fox News reported that “In 2013, the Obama administration handed out $18.5 billion in renewable energy grants, with $4.4 billion going to solar projects.” Now one of those projects wants the government to give them money to help pay off their construction loan.

La Jeunesse reported, “the plant produced only about a quarter of the power it’s supposed to, a disappointing 254,263 magawatt-hours of electricity from January through August, not the million megawatt-hours it promised.”


Renewable energy is a huge taxpayer and consumer rip-off.

Where solar leaves off, wind energy has been tapping taxpayers by means of the wind energy Production Tax Credit, (PTC) a form of welfare for wind energy companies. The Institute for Energy Research released a white paper in November noting that “A two-year extension will cost $13.35 billion, which is enough to pay 124 million Americans’ monthly electricity bills.”


The PTC “allows wind producers to pay the grid to take their power and still profit.” This “negative pricing” forced two nuclear plants to close their doors because they could not compete against the practice. This would be a good time to let your congressman know that you don’t want to have the PTC extended any further.


Still think wind energy is a good thing? Fully 65% of voters think that two decades of tax credits is enough! Wind energy, like solar, tends to produce more electricity when it is needed least. To top off reasons to stop throwing money at it, the Institute for Energy Research has found that “wind energy costs $109 per megawatt hour, which is twice as much as this year’s average wholesale electricity price of $54 per MWh.”


To wrap up this look at renewable energy the Obama administration’s “war on coal” is going to cause utility bills to surge. As reported on Bloomberg News, according to the Brattle Group, a Cambridge, Massachusetts-based consulting company, “the loss of the cheaper coal units will boast power prices by as much as 25% on grids that serve about a third of the nation’s population. The biggest impact may be in the Midwest and Northeast, where demand for gas for heating jumps during the cold-weather months.”


The Environmental Protection Agency has come up with more ways to shut down the provision of electrical power as its proposed Mercury and Air Toxics Standards go into effect, requiring coal-fired plants to install scrubbers or close their doors.


The EPA is not protecting anyone’s health. It is forcing them to pay more for what should be the most traditional and affordable sources of electricity in the world. It is putting people's lives at stake if the power is not available.