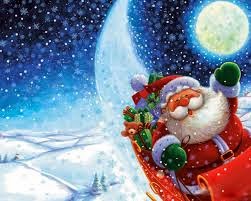 
I receive Free Inquiry magazine, a bimonthly, even though I never subscribed to it. The magazine is read by atheists who prefer to be called “humanists.”  The Council for Secular Humanism that publishes the magazine has “Affirmations of Humanism” that begin with the assertion that they are “committed to the application of reason and science to the understanding of the universe and to the solving of human problems.”


I try to apply reason to everything I write and the best science available if the topic involves science. The problem is that most problems arise out of a lack of reason. Almost always, emotion is the factor most in evidence.


Given the horrors of war, all well documented, one might think that nations would do everything possible to avoid it. Instead, war remains a top priority in a world where conflict exists everywhere. Nations must arm themselves against their neighbors. Appeasement never works. Denying the evil intentions of a nation doesn’t work. Relying on an “international” organization, the United Nations, doesn’t work.


I don’t think I have spent a day of my life when war or terrorism was not active somewhere in the world. Read world history. It is one long record of wars. The only thing "reason" can tell you is that some nations and people are just downright evil.


Atheism or humanism attracts people who take pride in their intellect, their knowledge, and their rejection of religions, all of which they deem to be advocating the “supernatural” because they depend on the faithful’s belief in an omnipotent God.
Humans have done this, as best as one can determine, since their earliest beginnings, though they tended initially to deify mountains and other natural phenomenon. Add in a belief in unseen demons that afflict one with disease and you have a humanity that, in many parts of the world, exists today.


The Christian holy day of Christmas, the birthday of Jesus, has taken on worldwide dimensions, celebrated in some fashion by Christian and non-Christian alike.
Though not generally known, December 25 is the birthday of a former pagan god called Mithras. He was the son of the virgin Anahita. He is described as wrapped in swaddling clothes, placed in a manger, and attended by shepherds. Mithras was considered a great traveling teacher and he had twelve companions or “disciples.” He performed miracles. And, if you’re thinking that the early Christian leaders adapted these elements to attract believers in Mithras to believe in Jesus, you’re right.


All religions except Judaism adapted in the interest of acquiring more adherents. Judaism resisted this and remains small in numbers even if it remains large in the minds of non-Jews who regard it with a combination of awe and indignation.


Neither Jews, nor other non-Christians, are about to give up an element of Christmas loved by all, Santa Claus.


Well, not all. Ryan T. Cragun, an atheist, a sociologist, and the author of “On the‘Evils’ of Santa Claus” in the December edition of Free Inquiry is clearly not a fan of Santa Claus.


He says of himself and his wife, “when we gave religion the boot over a decade ago” they decided “that we would continue to celebrate a completely secular Christmas.”  So you can be an atheist, but you can still celebrate a holiday devoted to the man who Christians deem the son of God?  When the Cragon’s had a child they wanted to share joy of the Christmas season with him. That’s called having it both ways.


Cragun regards this as “a pernicious invasion of personal space.” As an atheist he objects to the “idea that some supernatural entity is always watching you—and in some traditions can also read your mind. Why is this potentially abusive? Because it gives people the sense that they are never really alone.”  As far as Cragun is concerned, Santa Claus “serves as a legitimizer of monotheism,” the belief in a universal God of all mankind.


At this point I should “confess” (pun intended) that I have always believed in God and, despite my intellect, my ability to reason, and my particular faith, I think Santa Claus is one of the great metaphorical inventions of mankind; a saintly, jolly old man who flies around the world giving gifts to children, reminding them of the value of being “nice.”  That is how Santa reflects the moral message of Christmas no matter what religion one practices or not.


Among the Humanist statement of principles is the following:


A lot of that seems to have been borrowed from Judaism and Christianity, and with unseen irony Cragon says “I’m fully in favor of a secular Christmas—let’s steal the holiday back from the Christians who hijacked it from the Romans, from the pagans, and from nature.”


Since we are all—old and young—surrounded by images of Santa Claus between now and Christmas day, it’s likely the Cragon’s little boy will make up his mind at some point that it was fun to believe in Santa Claus and pass the tradition along to his children.