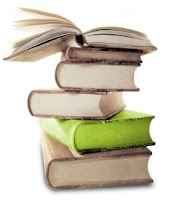 We all have one or more of them in our lives. They are the family members, co-workers, or just neighbors who are so convinced that global warming is real and that everything including the choice of a Christmas tree has “environmental” consequences, that any effort to convince them otherwise is a waste of time.

This is why many have come to view environmentalism as a religion despite its trappings as based in science. Scientists do not raise money by selling cuddly toys, dvd’s, and other commercial items.

I have seen an initial stream of books on environmental topics grow from a thin stream in the 1960s, starting with Rachel Carson’s screed against chemicals of all sorts, to the present deluge that is produced every year.

As a book reviewer who began back in the 1960s, I receive lots of catalogs each spring and fall from publishers. Recently “Consortium Book Sales & Distribution” representing just over a hundred smaller publishing houses, sent their spring and summer 2009 catalog. Here are just some of the many titles forthcoming:

Green Politics, Green Economics
Climate Change
The Sustainability Project
Our Planet
The Demise of Diversity
Our Threatened Oceans
The Carbon Charter
Blackout: Coal, Climate and the Last Energy Crisis
Peak Everything: Waking up to the Century of Declines
Bothered by my Green Conscience
Living Green
Green Careers
The Green Teen: The Eco-Friendly Teen’s Guide to Saving the Planet
Teaching Green: The High School Years
Power from the Wind
The Human-Powered Home
Go Green Rating Scale
Toolbox for Sustainable City Living

Virtually the entire curriculum taught in the nation’s schools these days has an environmental agenda attached to it and this has been going on for a very long time.
If one understands that those attending Catholic parochial schools graduate with a particular view of the world, then one surely understands how entire generations have graduated from our public schools without a single doubt as to the “truths” they have been taught.

When you add in the many “documentaries” on various cable channels like Discovery, National Geographic, and PBS, the thorough indoctrination of an entire population becomes obvious.

It also explains why, translated into federal and state government laws and regulations have inflicted some truly grievous harm to our nation.

The failure of the Detroit auto manufacturers can be traced in part to the environmental mandates imposed on them, the loss of much of our nation’s once-thriving oil industry is due to environmentally-based attacks ranging from windfall profits taxes to outright bans on where they can explore and extract oil. The Endangered Species Act has played havoc with the nation’s farmers and ranchers. The requirement that utilities must get some of their power from wind and solar farms, and purchase bogus “carbon credits” adds to the cost of electricity while reducing their opportunity to generate it from affordable and efficient coal or nuclear.

In Europe, resistance against environmental mandates is growing as the cost of living and the provision of energy and other services skyrockets.

In Africa the ban on DDT has killed millions. Resistance to genetically modified crops has ensured famines.

The refusal of the United States Senate to sign onto the United Nations Kyoto Protocol will be seen as one of the wisest choices made by several administrations.

California’s and other state’s insane devotion to environmentalism has created enormous problems affecting the provision of energy and the maintenance of its economic growth. People and business continue to flee states that make life miserable in the name of the environment.

The ultimate goal of the Greens is to eliminate national sovereignty and impose their anti-energy, anti-growth, and anti-humanity agenda on the entire world. This is why the United Nations has created the Intergovernmental Panel on Climate Change as the vehicle to foist the vast global warming hoax on the world.

I am not sure if Americans can disenthrall themselves of environmentalism. I do know that just over half of the voters have elected the most environmentally-committed President-elect and Congress in the history of the nation. That can only be bad news.

Note: Booklovers can get news of new fiction and nonfiction at http://www.bookviews.com
a monthly report by Alan Caruba
Posted by Alan Caruba at 1:44 PM

The green movement has all the makings of the next internet bubble, circa 2000.

I wrote of great invention to come out of this movement called the Green Lean Vacuum Machine!