Into the Afghan Slaughterhouse 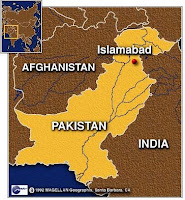 It seems like hardly a week goes by without news of more troops to be sent to Afghanistan. This is going to prove to be a great U.S. military blunder, made worse by the failure to consider that the former Russian regime, the Soviet Union, tried this and failed.

The lesson the Russians took from this apparently was to only invade small, defenseless nations on their border. The Afghanistan fiasco brought down the Soviet regime, but invading Georgia managed to make all of Europe shudder and look for somewhere to hide.

A wonderful Tom Hanks movie, “Charlie Wilson’s War”, relates Hollywood-style how covert assistance to the Afghan tribes neutralized Russian air power and resulted in ultimately driving them out. It can be counted a CIA success story. Wilson was a U.S. Congressman who took up the cause and pushed to fund it.

In November, on my website for The National Anxiety Center, I posted a fairly detailed analysis of why putting more troops into Afghanistan is a bad idea.

I come back to the subject because the situation there and the solution—more military—is such a truly bad idea. It is one which was put forth as a key element of President-Elect Obama’s campaign and which remains a priority for his new administration. Obama, who based much of his campaign on his opposition to the Iraq war has since selected Sen. Hillary Clinton to be his Secretary of State even though she voted to fund it. He has retained Secretary of Defense Bob Gates who took over from the disastrous post-invasion conduct of the war by Don Rumsfeld. We’re all still waiting for the “change” Obama promised.

Since then Pakistan’s government continues to founder as various elements within that nation battle for power. All seem to be in agreement that the U.S. is to be resisted for its involvement with the former regime. The Pakis are not thrilled about our present policies regarding the Middle East. Pakistan is critical to any U.S. military effort in Afghanistan because two of the key routes to re-supply our troops there pass through Pakistan. Those supply lines are now being attacked on an almost daily basis. Most close observers of Pakistan regard it as a failed state. It has almost always been run by its military since it was established in the late 1940s.

Reports are that local warlords are charging $1,000 per military supply truck to allow them through and even then they are still under attack along the long route that passes through various tribal fiefdoms.

I don’t even pretend to understand Afghanistan’s strategic value to Middle East policy, but I do know that every single nation that invaded Afghanistan, dating back to Alexander the Great, has been defeated, often to the tune of thousands of soldiers. Alexander was desperate to get out of the place and, after a while, so were the Russians.

Though Osama bin Laden is said to be hiding out in Afghanistan or the border area of Pakistan, we have notably not heard much from him and the multi-million dollar reward to anyone willing to tell us where he is hasn’t worked.

Afghanistan is incredibly mountainous, has few roads, and if you want to know what life was like in the seventh century AD, all you have to do is plan your next vacation there. British and French generals have gone on record saying it is a terrible place in which to wage any kind of war.

Former National Security advisor to President Carter, Zbigniew Brzezinksi, is of the opinion that all we really have to do is pay off the local tribal leaders and let them get rid of the Taliban. The same goes for weaning Afghan farmers off of growing poppies for the production of heroin. Europe is a big market for the drug and the Europeans might be induced to kick in a few dollars to rid themselves of this problem. The crop accounts for most of Afghanistan’s economy.

Sending twenty or thirty thousand more U.S. troops to Afghanistan when the most modest assessment of troop strength for any hope of success is around 140 thousand will only feed the Afghan slaughterhouse.

It’s bad enough the Pentagon and White House are hell bent to ignore what happened to the Russians, but they seem to also be repeating all the errors of the Vietnam War. It took some seven years to extricate us from that Cold War blunder. We’re now five years into stabilizing Iraq. So far I have been hard pressed to find an explanation why we should continue efforts in Afghanistan.

If “change” is the theme of the Obama administration, extricating ourselves from Afghanistan would be a very good place to begin.
Posted by Alan Caruba at 1:58 PM