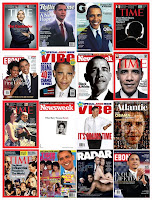 In the run-up to the inauguration, the mainstream media will engage in myth-making to encourage everyone to believe that Barack Obama is the man of the hour (“Our time has come”) and will be able to solve all the problems the nation faces.

We will hear about how intelligent Obama is, but Obama is intelligent in the same way that a college professor is, particularly one teaching in the school of arts and sciences. Long ago I worked at a college of engineering and the faculty actually knew how things worked. They taught civil, chemical, and electrical engineering among other things. Real stuff for the real world.

That is a far cry from the kind of intelligence that the practice of law requires which is more like cunning than smarts. Lawyers earn their living looking for loopholes, ways out of nasty situations their clients have created for themselves or want to avoid. When you combine lawyers and lawmaking, you have a formula for disaster.

The modern definition of an unsuccessful politician is that he left the job as poor as when he first won it.

Lawmakers, otherwise known as politicians, must drink deep of the elixir of power on a daily basis in order to feel that they are of any use to anyone. I have long thought that Barack Obama has been consumed since youth with this dream of ultimate power; the presidency. I also think he is ill-equipped for the job.

One reason I believe this is that I keep hearing the siren call of all politicians that the problem is so big that we must “act now” and, of course, throw vast sums of money at it. It is a certifiable act of insanity, if you’re broke, to borrow more money, and then dispense it in all directions in the hope that by “doing something” the problem will be solved.

That’s what President Obama wants to do. The figure he cites is one trillion dollars and that is about one-third of the annual U.S. government spending and 13% of the U.S. economy.

Obama’s promise that he can somehow create millions of new jobs is another insane notion. Presidents don’t create jobs; entrepreneurs, small, medium, and—yes-- large corporations create jobs. Huge subsidies for green projects like solar and wind farms are an obscene waste because neither of these “alternative, clean” energies can ever provide the same amount of electricity that a single coal-fired or nuclear plant can deliver.

The billions that Congress and the Department of the Treasury have thrown at banks seems to have staunched the panic, if not the credit liquidity problem. Now even Congress is reluctant to add more to that black hole with its lack of transparency and accountability.

Meanwhile, the media hype machine will be busy creating or embellishing the new President’s image. The public will be assured that, since just over half the voters chose him, he will bring extraordinary powers of intellect and vision to the job.

It’s a good thing to remember how disappointed we’ve been in a succession of Presidents since the last of the World War II class of politicians have held that office. John F. Kennedy followed Dwight Eisenhower and was in office just long enough to put “military advisors” into Vietnam, while overseeing the debacle of the Bay of Pigs. He was followed by Lyndon Johnson whose War on Poverty was an abject failure and whose further involvement in Vietnam was a disaster. He was followed by Richard Nixon who opened up relations with China, but bequeathed Watergate to us. Nixon also detached the U.S. dollar from gold, allowing it to be worth whatever anyone thought it was worth.

Gerald Ford could not get elected after taking over on Nixon’s departure. It could have been worse. We might have had Spiro Agnew, caught with his hand in the cookie jar. Then came the ultimate buffoon, Jimmy Carter, a great admirer of Hamas and other terrorist regimes. The Reagan administration was extraordinary in many ways, but George H.W. Bush was merely the caretaker of that legacy.

Bill Clinton was all personality, glitz and aw shucks, bad boy entertainment value, but he did nothing to respond to the growing threat of Islamofascism and he utterly disgraced the office with his Oval Office intern antics. George W. Bush has managed to leave office with the lowest popularity rating since they started measuring such things.

This quick bit of history suggests that we more often elect flawed men to the office than those mature enough and wise enough to guide the ship of state. It’s useful to keep such things in mind when you watch the inauguration, the parade, and the gala balls that follow.

Don’t envy these people celebrating the power the Constitution has bequeathed them. Pity them. And pray for them and the nation.
Posted by Alan Caruba at 10:07 AM