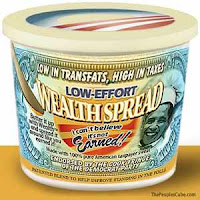 Not since Franklin Delano Roosevelt and John F. Kennedy has this nation had a President so blessed with the gift of oratory.

There is no doubt that, if words alone could lift this nation out of its current financial crisis, its wars, and other problems, President Barack Obama could make that happen.

We need, therefore, to cast our eyes backwards to those earlier presidents to remind us that, for all his eloquence, his power to encourage and inspire Americans, Franklin Delano Roosevelt did not resolve the Great Depression and, indeed, prolonged it with a misguided New Deal. Inaugurated in 1933, he was still struggling when World War II began for the United States in 1941.

As John F. Kennedy urged us to ask not what the country could do for us, but what we could do for our country, it was mere months before the die was cast for growing U.S. involvement in Vietnam. Other than the space program, his administration was a series of stumbles. His assassination eliminated any further opportunity to judge his brief term in office.

So oratory is a fine thing and our new President delivered a fine speech. But! If Americans discover that we are in for a “first 100 days” that involves a great flurry of ill-conceived, ill-considered, and utterly political legislation, we will rue the day we gave power to him and those on Capitol Hill.

“There are some who question the scale of our ambitions,” said President Obama. He’s right because the greatest failures always follow an excess of ambition. It happens to individuals and it happens to nations.

The proposed stimulus bill reeks of all the errors and ills of FDR’s New Deal programs that wasted millions paying farmers not to plant crops, fixing prices within industries to kill competition while driving up the cost of goods, and initially handing out money without requiring that people work to earn it.

The proposed $825 billion “stimulus package” is pure pork. It has no more relationship to economic recovery than previous efforts. The real change America needs is for government to stop interfering with the marketplace of goods and services.

When Congress gets out of the way of business and industry, you will have recovery.

When it stops paying farmers not to plant crops, as it continues to do, you will have recovery.

When it puts a stop to the lawsuits and laws that stop or slows every form of development in favor of some unknown species of insect or reptile, you will see recovery.

When it permits our vast natural resources of coal, natural gas, and oil to be extracted and sold as energy for America, you will see recovery.

Called the “American Recovery and Reinvestment Bill”, the proposed bill includes $650 million to help Americans upgrade to digital cable after the transition on February 17th. In what possible way does this help the economy? It is pork.

While surely there are structures in cities and towns in America that could use an upgrade, $44 million will be spent to repair and improve the headquarters of the Department of Agriculture in Washington, D.C. All manner of taxpayer money will be lavished on a panoply of government agencies, all standing in line with their tin cups.

As Ronald Reagan said, “Government isn’t the answer to our problems. Government is the problem.”

There will be $1.2 billion to provide day care services to 300,000 additional low-income children since clearly both parents will have to work in order to put food on the table. It is pork.

$1.2 billion to create an estimated one million summer jobs for young people. It is pork.

And $6.2 billion to weatherize the homes of low-income people to make them “more energy efficient.” It is pork.

It probably passed unnoticed, but the President’s promise to “roll back the specter of a warming planet” is quite possibly the worst indicator of what his new administration plans to do to the tune of billions of taxpayer dollars and countless new regulations.

The Earth is dramatically cooling. There is no global warming. Why is the new President talking about “a warming planet”?

As just one more example of the endless list of items taxpayer money to be wasted, the most egregious is $2.4 billion for “projects demonstrating carbon-capture technology.” There is no need to “capture” carbon dioxide, a gas that plays virtually no role whatever in climate change. The oceans of the world have been doing that for more than five billion years.

After the oratory comes the reality. If, as a nation our elected representatives act, based on the failed politics and policies of the past, economic reality will swiftly become painfully apparent and all the speeches in the world will not put Humpty Dumpty back together again.
Posted by Alan Caruba at 12:03 PM

The link above is a story about how the students in one school were indoctrinated rather than educated today, as conveyed to me by my daughter in high school.

She thought everyone had basically lost their minds in the hype, and they have, in a way.

Obama is preparing us for his big socialist government without saying so, and dangling his elusive target of "hope for change" out there for people to shoot at by assigning their own personal desires as their missiles.

In reality his plans for this country will hurt any chance for a quick economic recovery, and I foresee very dark days ahead.

Many will never wake up to reality and that is what is truly scary about this man's influence over otherwise decent Americans!

I really was disappointed in today's speech from the new POTUS. It was not indicative of leadership, but status quo and "same old, same old" political platitudes we've been hearing from all the leftists who do the complete opposite of what they propose.

I am also not in the mood to be lectured about what will now be required of me to get this show on the road. I am not dusty and do not need lectures on how to live my life to benefit everyone else who has not yet figured it out. I didn't take this imposter and consummate "post-turtle" to raise. Nor do I believe we can benefit from regurgitated sound bites from the past few episodes of American Idol. I have yet to hear anything of substance or leadership from this new administration which sounds promising.

Many of us knew this was coming, so if anyone is waiting on me to endorse the new -"New Deal" being shoved down our necks, they are simply backing up.

For starters, if we want our children to excel in school and reap the benefits of improved learning environments, the best way to achieve this would be to restore the authority and disciplinary tools to our educators and genuine mentors which the S.P./P.C. crowd has destroyed over the past 1/2 century or so.

I feel sure anyone who is past the age of 60 years, especially who has raised children or their own, could write a handbook of S.O.P. in short order.

I was struck by the benediction which sounded like something reminiscent of the 50's & 60's. We seem to be stuck on stupid when it comes to breaking out of the racist business model. Or else, we are all assumed to be racist bigots until proven otherwise.

But I could be all wet.

The main thing gleaned from today's montage of words and esoteric poetry seems to indicate that in no way is any of the above going to be easy for anyone. We will need a few miracles to pull this off without losing our shirts.

Yes, I too have the feeling that this presidency is going to be a Democrat train wreck.

Well, I've spent a most exhilarating afternoon reading here for the first time, to the detriment of the work I should be doing (but there's tomorrow...).

You might be amazed to learn - as it's small potatoes indeed in the "great scheme of things" - many who became suspicious of claims made by anti-tobacco and found the egregious junk science behind that aspect of the "healthist" movement then began to question other "the science is settled" issues.

Thank you, Kendra. Bookmark this blog and I will do my best to continue to inform and entertain you.

I started The National Anxiety Center back in 1990 based on my long experience as a business and science writer. It was and is a clearinghouse for information about "scare campaigns" designed to influence public opinion and policy.

This blog is growing in popularity much to my delight and I am pleased that you have joined so many others who value pragmatism and common sense when it comes to the issues of our times. There are too many lies, too much misinformation and disinformation.

We have to be vigilant and outspoken whenever they are spoken or published.

We have been conned again.Things never change.

ONE OF THE BEST EXPLANATIONS
OF WHY OBAMA WON THE ELECTION


From a teacher in the Nashville area

The most eye-opening civics
lesson I ever had was while teaching
third grade this year. The presidential
election was heating up and
some of the children showed an interest.
I decided we would have an
election for a class president.

We would choose our nominees.
They would make a campaign speech
and the class would vote.

To simplify the process, candidates
were nominated by other class
members. We discussed what kinds
of characteristics these students
should have. We got many nominations
and from those, Jamie and Olivia
were picked to run for the top spot.

The class had done a great
job in their selections. Both
candidates were good kids. I thought
Jamie might have an advantage because
he got lots of parental support.
I had never seen Olivia's mother.

The day arrived when they
were to make their speeches.

Jamie went first.
He had specific ideas about
how to make our class a better
place. He ended by promising to
do his very best.
Everyone applauded and
he sat down.

Now is was Olivia's turn to speak.

Her speech was concise.
She said, "If you will vote for me, I will
give you ice cream." She sat down.
The class went wild. "Yes! Yes! We
want ice cream."

She surely would say more.
She did not have to. A discussion
followed. How did she plan to
pay for the ice cream? She wasn't sure.
Would her parents buy it or would
the class pay for it. She didn't
know. The class really didn't care.
All they were thinking about was
ice cream.

Jamie was forgotten.
Olivia won by a landslide.

Every time Barack Obama opened
his mouth he offered ice cream and
52 percent of the people reacted
like nine year olds. They want
ice cream.

The other 48 percent know
they're going to have to
feed the cow and clean
up the mess."