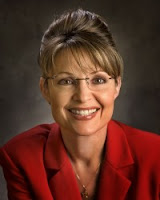 As we know from the 2008 campaign, every so often Americans go ga-ga over some politician. A relatively slim majority of the voters were convinced that Barack Obama was the first or second coming of a great new future filled with “change”; all of which has turned out for the worst.

The inexplicable choice of Sarah Palin as John McCain’s vice presidential running mate instantly conferred fame on the now-former Governor of Alaska and brought out all the attack dogs of the media. I was instantly reminded of the Geraldine Ferraro fiasco when Walter Mondale selected her as his running mate in 1984.

At this point, Palin embodies all the discontent of a vast body of Americans who believe that the nation has lost touch with conservative principles of fiscal prudence, a strong national defense, and smaller government.

Since there are currently few Republicans in high office that can be considered front-runners in 2012, Palin gives party loyalists someone in whom they can invest their hope in the short run, if not as a candidate herself, at least as a spokesperson for the values they share.

It was fairly obvious throughout the campaign that Palin was not well-schooled in foreign affairs issues, although her strong suit was clearly energy issues due to her role in Alaska’s oil-rich good fortune. She is perhaps a quick learner and could yet master the myriad of things a national leader has to know in order to demonstrate competence.

Her fairly swift rise to high office in Alaska appears to have been powered by dissatisfaction with corrupt state politicians who had disappointed Alaskans sufficiently to take a chance on a fresh new face and voice. In office, she took on the oil interests and rid the state of wasteful spending. It should be noted, however, that the World Almanac puts Alaska’s population as of 2007 at 683,478 people. Most U.S. cities have larger populations.

I think Tina Fey’s Saturday Nigh Live depiction of Sarah Palin resonated with viewers for both its remarkable physical similarity and its clear suggestion that she too often appeared clueless during the campaign.

That was then and this is now. And now there is the soaring bestseller status of her book and the promotional tour that is intended to sell even more while establishing her as a significant voice for conservatives in general and Republicans in particular.

She is, in many ways, a media phenomenon and that includes most of the media that still abhors her, the remainder that wants to exploit her for ratings and circulation, and the few that want to provide her with a legitimate platform to express her views.

These days, Geraldine Ferraro, a Democrat, is called upon to occasionally comment on matters deemed appropriate for a former vice presidential candidate, a former Congresswoman, and a kind of political freak of nature.

Once the uproar over Palin’s book subsides, this is likely to be her role in life as well; a female Republican office-holder plucked from relative obscurity for whatever reasons John McCain had at the time.

The success of Palin’s book will help pay the enormous legal bills she and her husband faced as the result of malicious suits brought against her, all of which have ended in failure to find any wrongdoing. Her speaking fees will provide her family with a lifestyle that she has earned by being tough enough to meet the extraordinary challenges with which her political and personal life has presented her.

Beyond that, I do not see her reentering the political scene by running for Senator from Alaska, for its Governor again, or any other position, least of all the presidency. I think she will continue to evolve into a spokesperson for values and principles that many Americans share, but which are being eroded by a full scale attack by the Obama administration.

So, let’s all go ga-ga for Sarah for a little while and let’s hope she will eviscerate Barack Obama with the same gusto she hunted moose.
Posted by Alan Caruba at 12:02 PM

Sarah is doing just fine. After all, she was invited in to the hell-hole of presidential politics. They recruited her & the opposition ripped her & her family apart. Yes, that’s American Politics today & why we can’t get our very best leaders to run for the office of President.

But the real deal (imo) is Elizabeth Cheney Perry (aka Liz Chaney). She's smart, very knowledgeable of domestic/ foreign politics/policy,has more guts than a dump-truck coming out of a rendering plant & she can kick Obama’s Butt.

Do you agree with this response?

The writer calls Palin a "feminist" but seems to forget she is a mother and a grandmother, and a women who has helped the family fishing business, and gone hunting, etc. Does she think women are capable of most things? Apparently so.

I have been ga-ga over Sarah Palin for some time even before John McCain nabbed her for VP. IMO she has the right stuff to become the First woman President of the United States. However if we the people don't get control of our nation there won't be a place for her or her kindred souls in the New World Government. BB