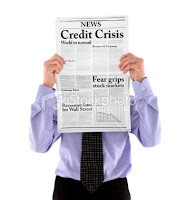 To those who have mostly known the Internet as their source of news, the notion that there is an “information deficit” may seem an odd judgment, but it is one that an old friend and longtime observer of the public relations profession recently made.

What Jack O’Dwyer, publisher and editor of Jack O’Dwyer’s Newsletter and PR Report, doesn’t know about public relations is probably not worth knowing. Ebullient and feisty, Jack has long been the nemesis of the Public Relations Society of America (PRSA), an organization that has managed to render itself irrelevant to the profession it proposes to represent.

So I pay attention when, in a recent blog, Jack concluded that “What the U.S. is suffering from, besides a trade deficit, is an information deficit. The root of the current financial collapse is secrecy—including ‘dubious assets’ hidden in off-balance-sheet entries.” Not all business news is devoid of insight or even outrage, but too much comes after the fact.

When you tie secrecy to the death throes of newspapers and magazines these days, you get a public that is increasingly distrustful of a government that manufactures false statistics about jobs, extends the protection of the U.S. Constitution to Islamic terrorists seeking to replace it with Sharia law, and is filled with “czars” given power to influence and determine national policy without any accountability to Congress.

You get a mainstream media so in love with Barack Obama that the protests against his administration are mocked and reports fail to address their issues.

Jack’s blog examined the findings of former journalist, Richard Sine, who received a fellowship grant to conduct a study of business journalism. He concluded that journalism schools should “close down” because students might as well study “blacksmithing, bloodletting or steamship design.”

Jack quoted Art Stevens, a former president of the PRSA, who believes that both journalism and PR are in a state of collapse.

As a longtime PR counselor, I concur because PR has long been dependent on a thriving base of newspaper and magazine outlets, in addition to broadcast outlets. As that base erodes, the capacity to inform and influence the public through them declines in tandem.

Add in an economy in freefall due to insane government “stimulus” and “bailout” programs, choking government regulation, the prospect of increased taxation, debt unto the third generation to come, and I can personally attest that the market for PR services has been in serious decline.

Public relations which had its beginnings in the early 1900s had been peopled with former journalists and thus was generally based in journalistic standards of accuracy and the free exchange of information. An early PR practitioner, Ivy Lee, counseled corporate clients to be responsive when the press came calling.

“In today’s strictly controlled environment,” Jack wrote, “PR pros jeopardize their careers by meeting with journalists or even talking to them on the phone.” He placed the blame on corporate lawyers, chief financial officers and even the marketing departments for shutting off the information spigot. Ironically, this applies as well to the five advertising and PR conglomerates as well.

When you put together the secrecy practices, the failures of government oversight, and the inadequacies of business reporters from recent generations of J-school and PR graduates, you end up with a perfect storm that culminates in the sudden collapse of the financial system that no one was monitoring sufficiently to protect the public.

It has largely been left to trade associations, think tanks, and ad hoc groups such as the Tea Party organizers, to make essential information about the conduct of national affairs available. They frequently have been forced to by-pass traditional journalism outlets in order to reach the public via Internet news and opinion sites, blogs, newsletters, and other means.

This explains why traditional journalism outlets continue to report on “global warming”, “greenhouse gas emissions”, and other bogus “science” while the public observes that, wherever they are, the climate is getting colder. This disconnect continues to undermine the diminishing credibility of most mainstream media outlets.

The forthcoming Copenhagan UN climate conference will be reported as “news” instead of being exposed as an effort to use false science to initiate a one-world-government treaty and the creation of a market for bogus “carbon credits.”

This explains, too, why Bernie Madoff was able to fleece investors of billions with his bogus hedge fund until the unraveling of the economy exposed him when neither the Securities Exchange Commission, nor the mainstream business press took notice of his ponzi scheme.

This explains why the mainstream press continues to avoid “offending” Muslims and, like the Obama administration, avoids the fact that a segment of fanatical Islam threatens the world with terrorism to advance its goal of a global caliphate. Destroying the U.S. is the key to their plan.

You are reading this on the Internet. Neither Jack’s, nor mine, nor other experienced, knowledgeable public relations professional’s, nor business reporters’ insights and information is available in a mainstream press that continues to censor the truth.

Editor’s note: For those seeking PR counseling and editorial services, you are invited to visit my website, www.caruba.com.
Posted by Alan Caruba at 12:33 PM