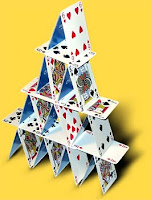 Ever since polls have been taken there have been presidents who encountered disapproval during their terms in office. Usually history exonerates them to some degree. This is not likely to happen with Barack Obama.

Polls, we are always told, are “snapshots” of public opinion at a given time, but the polls consistently tell us that the vast majority of Americans disapprove of the President and Congress, and believe the nation is headed in the wrong direction.

In a recent Wall Street Journal column, Peggy Noonan, wrote “I don’t see how the president’s position and popularity can survive the oil spill. This is his third political disaster in his first 18 months in office. And they were all, as they say, unforced errors, meaning they were shaped by the president’s judgment and instincts.”

Suffice it to say that, if elections were being held next Tuesday, voters would replace most of those in Congress and, if Obama’s ratings continue to fall—-and I think they will—-there would be an angry mob surrounding the White House carrying torches and pitchforks demanding his resignation.

In that fanciful scenario Obama would head home to Chicago to work on another ghost-written autobiography or memoir of his brief stay in the White House and America would be stuck with Joe Biden. If Nancy Pelosi is reelected, she would be next in line!

Since January 2009 the Obama administration has created an economic and financial house of cards. No part of it is sustainable.

Turning around Congress and the nation’s future can be likened to turning a super tanker. It takes five miles of ocean just to slow the ship. In America’s case, the ship has been outward bound on a sea of progressive programs that everyone knows are not working and which have begun to spring giant leaks in the hull.

There is plenty of blame to go around for our present troubles. Both parties studiously ignored the ticking time bomb of Fannie Mae and Freddie Mac that have put taxpayers on the hook for $1.6 trillion. The “toxic assets” they created brought down banks and investment houses.

The people in charge of maintaining the value of the U.S. dollar, primarily Alan Greenspan of the Federal Reserve, began to reduce the amount of interest banks had to pay to borrow. By the time that amount reached zero percent and banks became reluctant to loan even among each other, one might conclude our money had become valueless.

When the market crashed in September 2008, the U.S. government bailed out some banks and investment firms, buying their “toxic assets.” Banks stopped lending, Lehman Brothers went out of business, and the slide toward economic collapse began in earnest. With all that TARP money and subsequent “stimulus” billions, the one element of the economy that didn’t get any help were our small and medium size businesses, the ones that create eight out of every ten new jobs.

Meanwhile Social Security is broke and Medicare soon will be. The former is insolvent and the latter has been expanded in ways that will require rationing medical care European-style. There may not be “death panels”, but the effect will be the same. There will be little incentive for anyone to go into the medical profession.

Thanks to the Obama administration’s close association with SIEU, the mammoth government service workers union, Americans are discovering that it and other comparable unions have been operating on a “public be damned” philosophy. In America, the biggest employer is state and federal governments. Union members are no longer affordable.

When a teacher recently complained she wasn’t being paid enough, New Jersey's Governor, Chris Christie, told her to get another job.

Around the 1970s the American economy began to move away from one that actually made things to one in which “financial services” replaced this essential requirement for a viable economy.

Now conjure with this. The national debt is $13 TRILLION. The Gross Domestic Product is around $12.9 trillion. According to Reuters, the United States posted an $82.69 billion deficit in April, “nearly four times the $20.91 billion shortfall registered in April 2009 and the largest on record for that month.”

Moody’s Investor Services keeps repeating that our “Aaa” rating is going to go bye-bye any day now. It will cost more for the U.S. to borrow money and we are already paying billions in interest on what has been borrowed. If this sounds like Greece, it is.

One reason Congress is so unpopular is that they are repeating and exacerbating all the failed policies of the Depression years; not getting out of the way so that the private sector of the economy can recover. More and more of the economy is being nationalized.

There are two outstanding reasons President Obama is unpopular. He lies all the time and he is spectacularly incompetent. He is the living example of the Peter Principle in which a person is finally promoted to a job for which he has no qualifications.

The problem with Congress is its members. Why? Because they all get sucked into the big "maelstrom" of "being part of the good guys". Look at Brown from Massachusetts. Oh, he was going to be different. After a few months, he has been sucked into the maelstrom referred to above. Pat on the back, lunch, dinner, bicycle rid with the "good guys", and hop, he is sold. "Oh, com'on, be reasonable", "let's have lunch", "we don't want you to be an extremist", "we know we can talk to you", "you are not like the others", et cetera...
No, we need reprsentatives with a REALLY BAD CHARACTER, who love to stick it to the "machine", to the "business as usual", who LOVE being cast out of the "inner club" of congress, the "who knows whom". Who LOVE being ridiculized by the "reasonable" politicians. Who long for being called "extremists", who are not invited to the dinners and breakfasts and who enjoy being contrary to everything that is going on. As long as we don't have such people, everything will stay the same. The "system" is just too strong.
Ed

Eddy:
Congress is made up of professional politicians. They are hard-wired for compromise and most grow quite wealthy will serving there.

The ones you describe probably do not exist on planet Earth.

One thing I haven't heard on CNN is if there is so much oil available in the USA right under solid ground, why are the oil companies choosing to drill in such deep water where the technology clearly is still in short supply. A figure reported a couple of days back is it costs one dollar per barrel to obtain oil on firm ground versus $40 per barrel for deep-water wells.
And all because a moose or two might be inconvenienced. Somehow I feel that BP would be happier setting their drilling rigs on solid ground. Maybe the kind Mr Obama should address this.