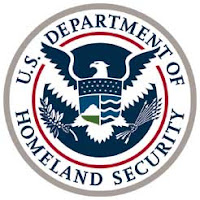 “I know, too, that Islam has always been a part of America’s history.”

That’s what President Obama said in his Cairo speech, an early effort to reach out to Muslims throughout the Middle East and the world. The problem is, he is dead wrong. Muslims were not here prior to or during the Revolution. They did not participate in the Civil War though for centuries they were notorious as slave traders. During World War Two they were on Hitler’s side.

And, over the weekend, a naturalized American, formerly from Pakistan, is alleged to be the man who tried to kill a lot of Americans in New York’s Time’s Square.

So, while not “always” having been part of America’s history, Muslims are currently leaving their mark on it in the twenty-first century.

This is an administration that abandoned the descriptive “war on terrorism” in favor of “overseas contingency operation” against “man-caused disasters.” That was an early indicator that the White House is clueless.

As recently as November 5, 2009, a Muslim member of the U.S. Army killed thirteen fellow soldiers at Fort Hood. The National Security Advisor, Jim Jones, was quick to write off the Fort Hood attack as “not terrorism related.”

This is a president who took his sweet time responding to the Christmas day attempted airliner bombing, calling it an “isolated incident” despite law enforcement reports that such attempts have been increasing in recent times.

The “underpants bomber”, Umar Farouk Adbulmutalleb was arrested, debriefed, and read his Miranda rights within an hour after being taken into custody, all with the blessing of White House counterterrorism chief, John Brennen. This is a classic example of how not to deal with a terrorist.

Meanwhile, Attorney General John Holder has been hot for holding the trial of the mastermind of 9/11 in New York! And this is an administration that came into office promising to close down our detention facilities at Guantanamo.

We have a complete idiot, Janet Napolitano, as the Secretary of Homeland Security. We are all now too accustomed to her glassy-eyed, deer-in-the-headlights responses to events that threaten the nation’s security.

Apparently, the Obama administration’s anti-terrorism policy can be summed up in two words, “Get lucky.”

There are still liberals ready to condemn the United States for 9/11 and subsequent attacks. The liberal mantra is that these attacks are the result of our actions in the Middle East, but that misses the point that the primary characteristic of Middle East Muslims is to always blame someone or some nation for their own failures.

The United States, the Great Satan, and Israel, the Little Satan, are the convenient targets of blame. Israel has been relentlessly attacked and the U.S. has been provoked throughout the latter part of the last century with countless attacks on our citizens abroad, our embassies, and on 9/11.

We must thank the many patriots working in our national intelligence gathering system and we can thank the personnel of the FBI and local law enforcement people for the extraordinary job they did in identifying and arresting the alleged Time Square bomber.

What we are learning, however, is that it is extremely difficult to thwart such acts of terrorism, that we allow far too much traffic to and from the hotbeds of terrorism in the Middle East, and that the sheer avalanche of intelligence we secure daily often obscures an attack.

What we know is that we have a White House filled with incompetent advisors to a president who is in total denial.

I feel that we are in a desperate situation when common sense has left the country. Folks with whom I have dialogued over the past several years (the election cycle) are now defending their man with fewer (if any) facts and mostly it seems to me, they are protecting their egos. Their first words are, of course, "but Bush…", and now they cannot do anything but claim some moral higher ground to justify their assisting the further demise of our Constitution, our sovereignty, and our precious, hard earned way of life.

Here in Santa Cruz, we had "anarchists" take over a peaceful May Day march (another letter to follow about that!) and destroy private business façades just for the fun (and terror) of it. No one present even tried to stop these felons, they watched and seemed to enjoy the spontaneity of it all.

What can this veteran do?

..."the primary characteristic of Middle East Muslims is to always blame someone or some nation for their own failures."


I remember reading an executive summary of the 2003/4 United Nations/Arab League sponsored 'Arab Human Development Reports' - an exhaustive study of the state of the 22 Arab/Muslim countries at the time. (The reports may be available on the UN website or elsewhere on the internet if anyone's interested).

And what a sorry tale they tell. From memory, the entire 22 country region has a GDP the same as a country like Ireland or Spain. If not for oil revenues, the whole area would be much like Yemen, i.e, not too much going on at all. The region lags in every category - Science is described as "comatose", research and development as "retarded".

The debilitating effect of Islam is plain to see, except for those who choose not to see it.

And yet somehow the reports manage to not mention Islam as having any part to play in the region's backwardness. Go figure..

And then there's Israel - a tiny country with the second most companies listed on the NASDAQ - after the U.S.A.
Go figure, again..

I don't think Obama is stupid, naive, clueless, incapable, etc. I believe this is all very deliberate. He is Muslim and a Marxist. His cabinet is loaded with Marxists and Progressives who really like the idea of a new America. Who else to shatter the dream than a bunch of ragheads who have a hard-on for this country.

Every effort has been made to take over the private affairs of the USA and make them government. Nationalize everything in sight and funnel it through some sort of program. Cap and Trade will reap Trillions for a few wealthy people, Obama included. This is about capsizing the USA, raping the population and plundering the riches.

Sound familiar? Pirates. Muslim pirates. Muslim raiders. Since the beginning around 600AD, everyone else has been harassed or killed in the name of Allah. It is now happening here. And what a treasure they have found. Lock and load. Protect your treasure.

99% of Muslims are giving the rest a bad name.

Terrorism is always a serious matter whether it succeeds or not. But, the last few events seem a bit odd imo. Whether the shoe-bomber, the underwear bomber or this last car bomber, they spent much more for plane tickets & a vehicle (in this last case) than for the bomb making materials & instructions on how to build it & detonate it correctly.

Why go all the way to Pakistan to learn how to build this latest very crude bomb when plans are easily available on the Internet for very simple & effective bombs. Yes, many would think only an idiot would do something like this but the 911 terrorist were much more sophisticated than those involved in these last few acts of terrorism.

It makes me wonder if these events (successful or not) are just diversions/distractions to a bigger event at locations less prepared for terrorism than say New York City.

Several years ago I listened to a briefing by a true terrorism expert who was on the front lines of fighting terrorist. He said that contrary to many reports, most terrorist were smart & very dedicated to their cause & that they were expert at what he called “Changing the Target”. To make his point, he told of his early involvement with one of America’s foreign embassies that had been experiencing small acts of terrorism & lots of chatter indicating that this particular embassy would be subject to bigger acts of terrorism. He said they went to work really beefing up the embassy’s security but when the major terrorist event came it was at an embassy where security had not been strengthened.