No Peace for the Israelis 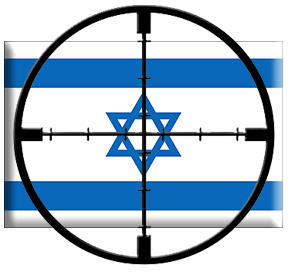 Writing in the Jerusalem Post recently, Daniel Gordis wrote “Life in our region has taught us that the first necessary step to defending yourself is acknowledging that someone else is out to destroy you.”

The peace talks the White House is sponsoring, much as previous administrations going back to Jimmy Carter have done, are doomed to failure. Just prior to the talks, four Israelis, one of whom was pregnant, were murdered and Hamas took credit for it. In Gaza, 3,000 turned out to celebrate the killings.

The Palestinian Authority, led by Mahmoud Abbas, is a fiction. It exists so that Israel can maintain to the world that it is willing to negotiate a settlement to the issue of territorial issues, but those issues have been settled by a series of wars against Israel going back to the day it was founded in 1948.

For Muslims, there can never been a settlement because Islam maintains that any land it formerly conquered remains theirs even if they no longer control it. That is why the proposed Ground Zero mosque was named Cardoba after the occupation of Spain from the eighth to the fifteenth century.

Ted Belman, writing on the topic of “the occupation”, cited international law, the Fourth Geneva Convention, regarding the West Bank and Gaza. Described as the occupied Palestinian territories, Belman pointed out that “Not only are they not occupied in a legal sense, but also they are not ‘Palestinian’ lands in a sovereign sense.”

“Prior to 1967, Jordon was in occupation of these territories, just as Israel is currently in occupation. It must be clearly understood that Israel’s occupation is not illegal and the UN has never claimed it to be. In fact, Resolution 242 permits Israel to remain inoccupation until they have an agreement on ‘secure and recognized borders.’” Thus, authority over the disputed territories was transferred as the result of the 1967 war against Israel.

Much of the United States today is the direct result of having won territory, largely from Mexico, in wars. A large swath was purchased from France in the Louisiana Purchase and a small section on the southern border was actually purchased from Mexico. We bought Alaska from the Russians.

As Belman pointed out, “The U.S. has traditionally, with the Carter administration being the only exception, refrained from describing the settlements as illegal and instead called them obstacles to peace. In September 2009, Obama went before the United Nations and declared ‘American does not accept the legitimacy of continued Israeli settlements.’ This is closer to Carter’s position, but falls short of declaring them illegal.”

Former US ambassador to the UN, John Bolton, said at the time, “This is the most radical anti-Israel speech I can recall any president making.”

After insulting Israeli Prime Minister Benjamin Netanyahu during his first trip to Washington, backing a UN investigation of the “humanitarian” effort to break the Israeli blockade of Gaza from the sea, and sending mixed signals regarding the debate over a mosque near Ground Zero, there are no doubts which side he’s on in this latest charade.

For this reason alone, neither the President’s, nor Secretary of State Hillary Clinton, can be seen as mediating the present meetings between the Israeli government and the Palestinian Authority in good faith. Neither is neutral about Israel or Jews.

Just as Jews cite the Torah and Christians cite the New Testament, Muslims look to their holy book, the Koran, to justify their current actions. To understand today’s turmoil wherever Muslims assert their claims, one must understand that the Koran and the Hadith, prophetic traditions based on it and Muhammad’s life, are filled with hatred for Jews and Christians.

Even with the attacks of 9/11 and others since then, Americans have been slow to grasp that they are locked into a religious war with Islam. A society where religious tolerance is part of its most prized documents cannot understand a religion whose holy book calls for the conquest of all other religions and global political dominance.

There will be no peace for Israel, for the United States, and for the world so long as a religion that celebrates murder and death continues to pursue its mission based on the myths of Muhammad and his followers.

Israel can have no peace so long as Islam exists. There is nothing for the Israelis to negotiate. The Arab/Muslim nations which surround Israel want no more nor more less than the end of Israel as a nation. Nothing less will satisfy them.

How would a nation go about negotiating the end of its existence? Agree that all of its non-Arab citizens go willingly into the sea? I think not!

Surely by this time, the hopes that all too many Americans invested in Obama should have demonstrated the futility of hope.

"Tomorrow, tomorrow
I love you, Tomorrow
You are always a day away."

~ from the Musical Annie

I Really enjoy to read your articles , thank you Alan

Thank you, Alex. I hope you continue to enjoy my posts.