No Science, Fake Science, and the Destruction of the Nation 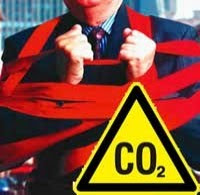 Any scientist who has not sold his soul to the environmental movement will tell you that the reason that greenhouse gases, primarily carbon dioxide (CO2), do not cause any warming is due to the fact that they have to conform to the laws of thermodynamics. The first law states that “energy can be neither created nor destroyed. It can only change form.”

Energy produced by coal, natural gas, oil, or nuclear is energy that has changed from one form of matter to another. The attack on these sources of energy is a direct attack on the economic success of America and it is one that is at a dangerous peak of activity generated by the Obama administration, primarily through the Environmental Protection Agency.

There is simply no such thing as “dirty energy.” The push for so-called clean or renewable energy is a fiction to advance the use of the two worst, most unpredictable and unreliable forms of energy, solar and wind. They exist solely because of government subsidies and mandates. They produce little over three percent of the energy used nationwide every day.

The September 12 edition of Bloomberg Businessweek addressed this in an article, “Lisa Jackson’s High-Wire Act on Carbon Controls.” What the article did not say was that, if the EPA gains the authority to control carbon dioxide, it will literally control all business and industrial activity in the nation as well as the lives of all Americans.

What the article did not say is that there is no scientific justification for controlling CO2 because it plays no role in the so-called “climate change”, the new language being used to avoid saying “global warming.” It should be evident to a kindergartner that humans not only do not affect the climate, but have no control over it.

The environmental movement that has devoted decades and millions to perpetrate the greatest science fraud in the history of mankind has backed away from “global warming” for the obvious reason that the Earth has been in a cooling cycle for the past decade, the result of a reduction in solar activity, a dormant period that has a long history of preceding periods of cooling.

One of President Obama’s goals has been to secure legislation, known as “Cap-and-Trade” that would authorize a scheme by which “carbon credits” would be bought and sold by utilities and industry for the right to produce and use energy. It is part of the global warming fraud and its sole purpose is political power while enriching a few insiders betting on the expansion of alternative energy sources.

As the Business Week article noted, the EPA has been attempting to exert authority over CO2, but has been doing so "cautiously" to avoid evoking a public outcry against it. Thus, Lisa Jackson has offered a “tailored” approach “that exempts mom-and-pop dry cleaners and pizza parlors and initially regulates only power plants and oil refineries.”

The effect on oil refineries would drive up the cost of gasoline and every other oil derivatives.

Under the Clean Air Act, however, the EPA does not have this authority as CO2 is exempt from such action. Moreover, as noted, there is zero need to control CO2 as a threat to the environment because, without it, all life on Earth would not exist. It is CO2 that is the plant life equivalent of oxygen that maintains all animal life. The two are symbiotic and have been for billions of years.

Americans and people worldwide have been deluged with fake science based entirely on computer models whose results have been deliberately skewed to produce results that affirm CO2 as a primarily factor affecting the Earth’s climate. It is not.

As Dr. Klaus L.E. Kaiser has noted in his book, “Convenient Myths”, and in articles on the subject, “The atmosphere contains currently a bit less than 0.04% CO2. The rest is mainly oxygen (20%) and nitrogen (79%).” This represents an increase since the Industrial Age when the amount was an infinitesimal 0.03%.

If all the CO2 produced by power plants and the use of coal, oil, and natural gas was reduced to levels the EPA and environmental groups deem “safe” it would have zero affect on the atmosphere.

As Dr. Klaus noted, “Nearly all life on earth depends on the presence of CO2 in the atmosphere. Without any CO2, the Earth would be a barren place like the moon, or our neighboring planets, Venus and Mars.”

The EPA is lying to Americans using fake science. On July 29, 2010 it refused to “reconsider its greenhouse gas endangerment finding.” It avoided citing any of the scientists in its employ, instead it quoted the chief scientist of the Environmental Defense Fund, an organization that is entirely devoted to the global warming fraud. That so-called scientist, Dr. Steven Hamburg, said “The science behind EPA’s finding is strong. Now America needs to forge clean energy solutions that reduce the vast pollution discharged into our air.”

That is a lie. Indeed, more CO2 in the atmosphere would be extremely beneficial, aiding larger crop yields to feed Americans and others worldwide. It would improve the health and vitality of the planet’s forests. Ads on television touting “carbon sequestration” are part of the lie.

To sum up, Cap-and-Trade and any control of CO2 is in its simplest terms, a vehicle to destroy the nation’s economy.

You won’t read that in the BusinessWeek article, but it is a truth that cannot be denied and it is a battle for the future of the nation that must be won against this administration, against the EPA, and against the environmental organizations that have devoted themselves to this purpose.

The bottom line to the Great Environmentalist Fraudsters and their willing stooges in the EPA is to reduce the standard of living for all Americans in order to more easily rule over them.

This is TREASON! And I hope when the current Communist Congress is replaced this November that criminal investigations be started that target the EPA, the Democrat Party and the fake scientists of the Environmentalist Fraud.

Patriots must come down with an iron fist on treason.

Of course, the Left will whine for decades after we carry out our purge, but unlike the McCarthy era, the Leftist swine will have something to whine about.

Take CO2 out of the mix and plants die, trees die, grass dies and then after a while, the Oxygen that they give off goes away and WE die too...

Weird science is what most of these guys are engaged in...