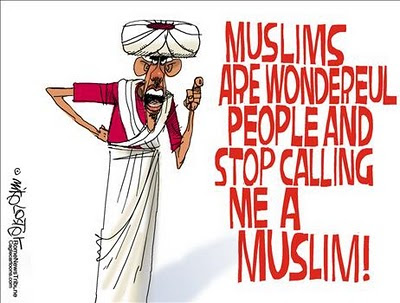 Did it escape anyone's notice that Obama decided to give his 9/11 speech at the Pentagon rather than Ground Zero?

Over the course of the last year and a half, his policy of "reaching out" to the Muslim world has produced a very Muslim response, contempt and ridicule.

Meanwhile, there have more terrorist attempts and acts on his watch than George W. Bush's.

It's hard to be friends with Muslim nations, especially since they have considerable difficulty being friends with one another. And, for over sixty years, zero inclination to accept Israel as a sovereign Middle Eastern nation.
Posted by Alan Caruba at 12:51 PM