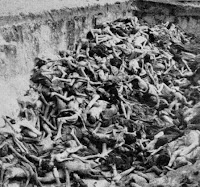 For a few hours on Wednesday the nation’s attention was on James J. Lee who took hostages at the Discovery Communications headquarters in Silver Spring, Maryland. Negotiations failed to sway him from his mission or free his hostages. Lee was a Green zealot and police were left with no alternative than to shoot Lee dead.

Every movement has its crazies, but not every movement is as crazy as the one that calls itself “environmental.” Almost entirely devoid of any real scientific justification, the Greens have devoted decades to literally inventing one bogus crisis after another, culminating with “global warming.”

At the heart of the Green philosophy is the belief that the Earth’s problems are all caused by human beings.

“Humanity are the most destructive, filthy, pollutive creatures around and are wrecking what’s left of the planet with their false morals and breeding culture,” Lee wrote in an eleven-point Internet communiqué.

“Saving the Planet means…decreasing the Human population. That means stopping the human race from breeding any more disgusting human babies”, said Lee. “The planet does not need humans.”

We can dismiss Lee as a lunatic, but what are we to do regarding Dr. John P. Holdren, the top science advisor to President Obama?

In a new book, “Control Freaks”, Terence P. Jeffrey, the Editor-in-Chief of CNSnews.com, devotes several pages to Dr. Holdren, along with his colleague, Dr. Paul R. Ehrlich, the author of the 1968 bestseller “The Population Bomb.” Both academics have collaborated over the years and both share a contempt for humanity that can only come from fevered, delusional minds devoted to intellectual theories.

In a paper published in 1973 by the California Institute of Technology, Dr. Holdren asked “Is even the present U.S. population of 210 million too large? Should there be zero economic growth as well as zero population growth?” Together with Dr. Ehrlich, he later wrote, “Halting population growth must be done, but that alone would not be enough. Stabilizing or reducing the per capita resources in the United States is necessary, but not sufficient.”

The famous six degrees of separation between James J. Lee and Dr. Holdren is glaringly obvious. Lee’s manifesto said that finding “solutions for Global Warming, Automotive pollution, International Trade, factory pollution, and the whole blasted human economy” was the only way to save the planet.

Jeffrey reports that “This transformation would start with population control, which might eventually require involuntary measures if voluntary ones failed.” Dr. Holdren recommended that “Several coercive proposals deserve discussion, mainly because societies may ultimately have to resort to them unless current trends in birth rates are rapidly reversed by other means.”

“Political pressure must be applied immediately to induce the United States government to assume its responsibility to hold the growth of the American population,” wrote Dr. Holdren.

Dr. Holdren is no fan of the human race in general and those enjoying citizenship in the United States in particular, given his lack of regard for free speech. Both he and Dr. Ehrlich at one point advocated making it “illegal for any utility to advertise in such a way as to promote greater demand for power.”

What better way to reduce available electrical power than to advocate switching to wind and solar energy which together barely represent one percent of the electricity generated daily? Neither is dependable and neither can ever meet the needs of the nation.

What better way than to oppose the use of coal for plants that generate just over fifty percent of the nation’s electrical power or to keep a multi-billion dollar repository for spent nuclear waste closed?

What better way to kill millions of people who fall victim to a disease like Malaria than to ban DDT, the most effective way of eliminating mosquitoes from transmitting it?

What better way to embolden a nuclear attack on the nation, killing millions, than to advocate treaties to reduce our nuclear deterrent?

There are no environmental solutions except those similar to the Nazi “final solution” that killed six million of Europe’s Jews and five million other presumed enemies of the state in Germany. Those in charge of Germany in the 1930s were dedicated environmentalists.

So, James J. Lee is one less environmentalist thanks to a SWAT team, but what are we to do about Dr. John P. Holdren and the host of other environmental crazies seeking to eliminate humans from planet Earth?

Very scary image.And the post and content is up to the mark.Really hats of to this writer and thanks for post this story.
-industrial lighting fixtures

Mr. Alan, GREAT piece!! I also think peta is right up there with these enviro....wack-jobs. But of course a feller would create a small mountain of papers listing ALL the nut-job groups around today.
Mayhaps the good Drs. will lead by example and rid us of their existence...then they could see who follows their example...

I have always felt that at the heart of the enviornmental movement, there is basic wish to rid the world of mankind. They love their dogs more than they love people, would feed us to them just to satisfy their need.

Reading your article makes me wish for a Second American Revolution and a second Robespierre to track down and terminate with extreme prejudice all Greens.

The Greens drew first blood with their decades long attempts to destroy the human race.