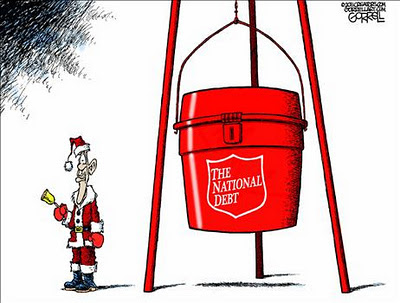 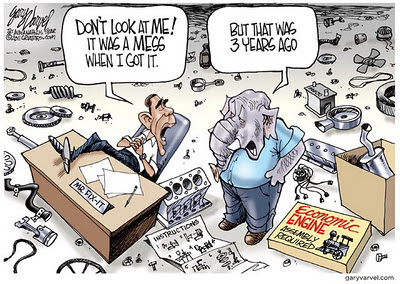 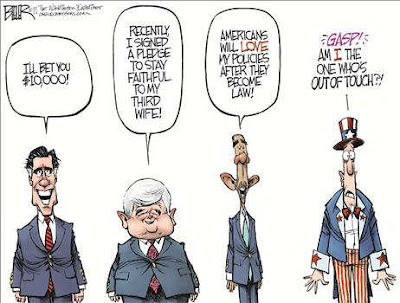 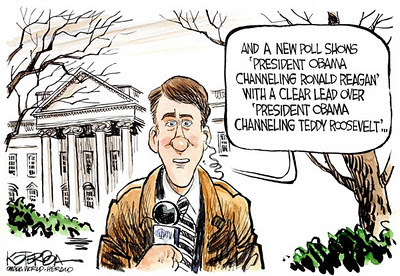 I like the last cartoon, which suggests Obama should move on and channel Leftist Hollywood stars and movies.

How about the Tom Hanks character in "Forrest Gump" with a slight plot change? A foreign born Communist with a room temperature I.Q. and a genius for causing disaster after disaster somehow gets elected president and causes the collapse of the United States.

"Stupid is as stupid does."

Having watched the latest Republican debate Thursday, and as an outsider looking in, it disappoints me tremendously how Newt Gingrinch has been cut down by his fellow GOP nominees - especially scary Bachman and Paul. Once again the media and the GOP machine are trying to influence how people should vote instead of staying out it and letting the people decide. When I look at the circus I wonder if America will ever be saved.

@Lime Lite: Don't despair. This is how all US election campaigns are conducted. It is a blood sport.

Don't be fooled by Gingrich either. I have a commentary forthcoming this week about him.