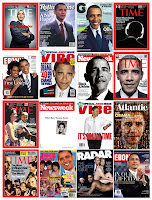 New technologies drive out old ones, either eliminating, altering, or reducing their use. The traditional world of print journalism has felt this rather dramatically as subscriptions have fallen off, though often replaced by either free or paid access to their content.

It is their content, however, that has felt the brunt of change because bad or even false journalism is now subject to instant analysis and exposure. It is journalism’s failures or distortions that now are an increasing part of the news stream.

A recent tweet by a Washington Post reporter asking for some dirt on Newt Gingrich as well as earlier breeches of ethical behavior have taken this newspaper from the glory days of Watergate reporting to the most tawdry political intervention. The Post’s job is to observe and report, not to participate or, in this case, initiate. A reporter deliberately and openly seeking to destroy the reputation of a candidate should be fired. There’s a reason why editorials are restricted to the editorial page.

Rather than having to wait for the morning edition to arrive, people have access to 24/7 cable news channels and Internet sites that can update their content at will. There are the aggregators of news like The Drudge Report that shine a spotlight on news reports that might not ordinarily receive attention.

Many such sites have a distinct political orientation, so one can elect to receive either a liberal or a conservative flow of news.

Most certainly consumers of news have grown increasingly wary of its traditional providers—newspapers—who are seen to have agendas that are widely perceived, with notable exceptions, as liberal. Ditto news magazines. Ditto television network news. Ditto the likes of MSNBC. For those outlets suspected of poor journalism, the blowback is lost subcribers, viewers, and listeners. The marketplace rules!

Most certainly, it was journalists who betrayed the nation into electing a complete cipher, Barack Hussein Obama, to the highest office of the land. There will surely be books written about the way the mainstream news media covered the 2008 election, catapulting an unknown, first term Illinois Senator with a virtually invisible resume into the Oval Office. The coverage was egregious and fawning.

It wasn’t journalism. It was propaganda.

The coverage of “global warming” has further done great injury—and continues to do so—as email revelations in 2009 and again this year demonstrate that it was a concoction of the United Nations Environmental Program and, in particular, its Intergovernmental Panel on Climate Change. Simply put, it was a lie from start to finish, but it was a lie that was given substance and support from the domestic and international news media as governments became participants as well.

There has been an unspoken redefining of journalism from objective reporting to active participation, deliberately shaping public opinion whether the core of the content offered is true or not.

This has been particularly evident in the areas of science and business reporting. The recently published “The Bloomberg Way: A Guide to Reporters and Editors” notes that “Economies, markets, companies and industries are little understood, much less appreciated. The public—our readers, viewers and listeners—suffers the consequence of journalism’s traditional ignorance of these subjects and the arrogance of reporters and editors reveling in their ignorance.”

That is a fairly astonishing rebuke by its author Matthew Winkler, Bloomberg’s Editor-in-Chief, but it is also a very accurate one regarding what is surely the most important content any news outlet can offer.

Newspaper’s loss of revenue has reduced the maintenance of foreign bureaus and most such news these days is the product of news syndicates such as the Associated Press and Reuters. The AP has an egregious liberal orientation, harmful to its content.

The lost revenue has greatly reduced staffs in newsrooms. This puts increased pressure on reporters to produce more stories against the usual deadlines. It impacts the quality of the reporting, a process done on the fly in the best of times. Government and other spokespersons have a distinct advantage in shaping or shading the news of the day.

Politics is conducted in a non-stop spin zone. Historically in America, going back to the earliest elections, newspapers have always been enlisted by candidates or parties to advance their message.

Journalism in the broader sense of the word is changing and one of the most unique aspects is the rise of the blogger, often an expert on some aspect of the news such as science, military affairs, energy issues, or just local news. A recent court decision rejected the assertion that bloggers are journalists. Some are. Most are not.

I became a journalist shortly after discharge from the Army in the early-1960s. I went from a rookie reporter to the editor of a local weekly in just under six months because there was no one else to take over the job. I progressed from there to a daily newspaper. The typically low wages journalism provides propelled me into communications jobs for government agencies, a leading educational institution, and into fulltime PR.

I never stopped thinking of myself as a journalist because, ultimately, the only thing that matters is the truth, no matter whether you are providing it or reporting it.

Years later I have come full circle to journalism as a commentator. I still love newspapers, but I know they are dinosaurs, perhaps not doomed, but surely less dominant. Television news is most useful covering natural disasters, local crime, and providing weather reports, beyond that it is thin stuff most of the time.

Good journalism depends on good people, well educated, and skeptical, to report on a very complex world. It will require people with a mastery of specific aspects of that complexity who do not see themselves as “change agents”, but as true reporters.

Instead of pounding out a story on a Remington typewriter, they will so do on laptops and desktops, but real journalism, performed ethically, professionally, and with pride will still be just as exciting. It will still depend on the truth as its most precious commodity.

Alan: This column should be required reading for every student in every journalism school, for as long as these schools are around.

Alan - you are so right. Most of today's so-called 'journalists' should hang their heads in shame for the biased tripe they print daily. It's no wonder people have rebelled and hardly buy newspapers anymore. Here in Australia we have what we affectionately call the 'Canberra press gallery' whose only purpose is to glorify our ghastly government in the tabloids – the cheerleading squad. They have been AWOL on so many big stories, burying them or not reporting on them so that the local little people don't judge the ineffectual government too harshly. Well, apparently that no longer works as our dear Leader’s primary voting numbers have sunk even further and is sitting at 29%. Yet, all we see in the papers is that she's turning the sinking ship around like it's the truth! And don’t let me get started on global warming. According to our press club, the Durban COP meeting was a huge success for Australia! Having the biggest emitters agree to meet in 2015 to decide if they’re taking action in 2020 is apparently great news for us. In the meantime we will bankrupt our country so that we can cut 5% of the 1.3% Aussie emissions of the 3% man-made CO2 of the 0.038% CO2 in the atmosphere! And our journalists bow down and report as they’re told….So very frustrating.

Like I said many times before, the New Media for Americans who want the news and objective commentary has become the Internet, AM Talk Radio, Fox News and Glenn Beck's new information television channel that can be accessed by anyone in the world with a personal computer.

This never humble blogger of fiery polemics salutes the Old Media objective journalists, such as Alan Caruba, who have made the successful jump into the new world of paperless and instant publication to the world wide audience.

@Lime: Regretably, Australia will be the poster child for why all the emissions claims are pure horse hockey.

Alan, one thing that separates people like you from *The Print Media* is this; Journalistic Integrity.

There are people in the media that can spell Journalistic Integrity, much less define it!