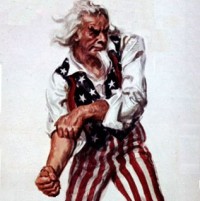 Election years tend to create a level of frenzy concerning the selection of the nominees and the outcome. The media feed this in order to keep readers reading and viewers viewing. The history of American elections has always been one of vituperation between the parties, so there is nothing new about this. Indeed, since so much depends on it, the political free-for-all is a healthy exercise.

It can, however, make for a difficult environment in which to go about one’s life; the air filled with charge and counter-charge, polls going up and down, and a general sense that something is very wrong with the way the government functions.

On the bright side, a gridlocked Congress may bring a measure of relief to everyone. Writing about gridlock in January 2011, Marcus E. Ethridge, a professor of political science at the University of Wisconsin, noted that “By fostering gridlock, the U.S. Constitution increases the likelihood that policies will reflect broad, unorganized interests instead of the interests of narrow, organized groups.” In 2011, we saw what happens when advocates of “renewable energy”, wind and solar power, or electric cars, get priority over the needs of most Americans for reliable energy and transportation. 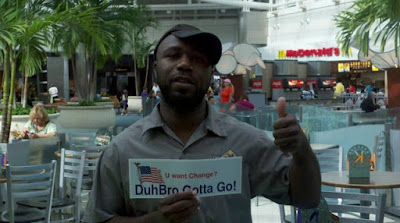 At the heart of the 2012 election will be the recognition that the economy is still not recovering, that government is seeking to extend and expand its control over our lives, and, even among former supporters of Barack Obama, that he has been a failure of historic proportions.

A Friday Rasmussen Reports said that “Voters right now give the edge to Republicans when asked which political party is likely to win the White House and control both the House of Representatives and the Senate in next November’s election”, adding that “a lot of voters are undecided.” Those voters may actually wait until entering the polls to cast their vote.

Another bad piece of news for President Obama is a new comparative analysis of current voter registration data in key electoral states of Nevada and North Carolina. According to the Center for Information and Research on Civic Learning and Engagement, there has been “a drastic drop from 2008 levels when a record-high proportion of young Americans turned out overwhelmingly to cast their votes to elect Barack Obama as President.” This is significant because more than two-thirds of young voters supported the Obama/Biden ticket in 2008.

The President had a low moment following the passage of Obamacare that transformed itself into the Tea Party movement and an even worse one in 2010 when it propelled a large number of Republicans into the House of Representatives, causing its control to change hands. He has had, in fact, only one truly high moment and that occurred when he announced the killing of Osama bin Laden in May 2011. At the time, he typically took complete credit. In a speech at Fort Bragg to returning troops from Iraq, the word “victory” was never spoken. 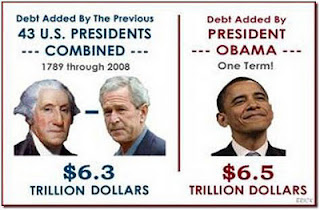 Americans are not unmindful that the downgrade of the rating of the nation’s sovereign debt, the first in the nation’s history, was announced on Obama’s watch. The rate of "official" unemployment has receded to 8.6% but most Americans are well aware that it is far closer to 11% or more. America continues to experience that longest period of long-term unemployment since the 1930s.

For these and a myriad of other reasons, there is little reason to conclude that President Obama has any chance whatever of being reelected. The widespread contempt for Congress is also a hopeful sign for change. These are reasons to remain calm amidst the din of electioneering in the months ahead.

There is, however, all manner of troubles brewing in the world. Europe will have to find a solution to what will happen if its southern tier of nations elects to default on their sovereign debt. Cracks in the European Union are evident. If it falls apart, it will be very messy, but Europe existed before the EU and would if it disbands.

The Middle East is in the midst of a huge struggle between its fanatical Muslim faction and a population unhappy enough with former dictators to have forced out several in 2011 with the prospect that Syria’s Bashar Assad will fall in 2012.

Iran remains the wild card and its nuclear dreams will likely end with a well-timed and well-executed attack by Israel. Israel saved the world from a nuclear Iraq in 1981 and a nuclear Syria in 2007. An attack on Iranian nuclear and military facilities could trigger an internal movement to overthrow the mullahs.

There are other wild cards in the Middle East. The Palestinians show no indication of giving up their dream of destroying Israel. That will not happen. Without Iranian support, both Hezbollah in Lebanon and Hamas in Gaza will be set adrift. Muslim atrocities in nations such as Nigeria where Christian churches were bombed on Christmas Day will contribute to a growing movement against Islamic terrorism. It will not happen overnight, but it will happen.

Even the Russians show signs of tiring of their post-Soviet ruling class led by Vladimir Putin.

America faces a long period of restructuring the socialist programs that began in the 1930s and reached their peak in the 1960s. Should the GOP gain control of Congress and Obama is defeated, real change will occur.

Two other factors signal better times ahead. They are the failure of the global warming hoax and the disdain the “Occupy” movement engendered.

In 2012 Americans will take steps to end the scandals and deprecations of the Obama administration.

We shall ignore the anticipated shouts of racism.

We shall see the Supreme Court disembowel Obamacare or set in motion its repeal by a GOP controlled Congress.

We will select a President and a Congress to put things right.

From your lips to God's ears, my friend. I am not as optimistic as you seem to be as I think the Demofascists are planning to pull out all the stops and, if it seems they are going to lose, doing a "Samson at the temple" and destroying America.

For a good many people, hard times indeed are already upon us.

Our "great leaders" have already borrowed our way into bankruptcy many times over beginning with the election of LBJ as president, and our politicians have been doing so ever since.

I expect a total collapse of the economy across the globe, and expect soon a depression far greater and more lasting than the Great Depression of the 1930s. Those of us who have been frugal will also feel great pain, with the value of the money we have saved diminishing as the US Dollar is being devalued at a rapid pace as our politicians continue to spend greatly beyond our means to pay.

I love this article!

And I hope it all comes true without a major insurrection.