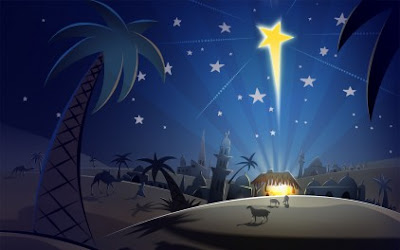 “By far the most important event in the entire rise of Christianity was the meeting in Jerusalem in around the year 50, when Paul was granted the authority to convert Gentiles without them also becoming observant Jews.”

So wrote Rodney Stark, the Distinguished Professor of the Social Sciences and co-director of the Institute for Studies of Religion at Baylor University. His most recent book is “The Triumph of Christianity: How the Jesus Movement Became the World’s Largest Religion” ($27.99, HarperCollins).

For Christians in particular, I recommend it if only because so many have a tenuous grasp of Christianity’s real history, as opposed the versions that too often are casually accepted as truth.

The truth is that the rise of Christianity is one of the most extraordinary stories of the past two millennia. Stark not only has the knowledge of his vast subject, but he writes with such felicity that it is hard to put the 500-page book aside for both its revelations and its devotion to the facts.

Despite the fact we live in a society that has at most only 4% who self-describe themselves as atheists, the more active among them have the audacity to demand that Christmas be banished to the privacy of homes or the pews and pulpits of churches. They rebuke religion in general as the source of conflict and wars, but ignore the spiritual support and ethical lessons that Christianity provides along with its promise of salvation.

While Judaism was the bedrock of morality and faith that gave it birth, Christianity made it more accessible and significantly includes the Torah as part of its liturgy.

To ignore the rise of Christianity is to be ignorant of an essential element of Western history. Likewise, to ignore the threat of Islam whose beginning is usually dated around 622 CE and which exploded following Mohammad’s death in 632 CE is to ignore the greatest threat to civilization, past and present. Less a religion than a battle plan for world conquest, Islam preaches death to all “unbelievers.” Take heed!

Stark provides a summation to his book and, even so, I shall select only parts of it in the interest of brevity.

“The first generation of the Jesus Movement consisted of a tiny and fearful minority” of a religion, Judaism, that had already been around for a thousand years or more before the assertion was made that the messiah had come and was a crucified Galilean rabbi who mainly and briefly preached in that area of Israel.

“The mission to the Jews was quite successful: large numbers of Jews in the Diasporan communities outside of Palestine did convert to Christianity.” The Diaspora were the Jewish communities in the Middle East and throughout the Mediterranean nations, including Rome, living in places where pagan faiths were dominant.

“Christianity was not a religion based on the slaves and lowest classes of Romans, but was particularly attractive to the privileged.” Moreover, in its earliest years, women often played important roles. Contrary to popular belief, however, “Paganism was not quickly stamped out, but disappeared very slowly.” Paganism involved the worship of multiple gods as well as a belief in magic.

Despite impressive cathedrals, in medieval times church worship among Christians was largely ignored and, as often as not, the clergy were ill-informed about the faith and sometimes not even baptized.

Despite what is said of the Crusades, they were a campaign to reclaim the holy land from Muslims who had conquered it and they were led by men who knowingly bankrupted themselves and often died in this cause. Though Christianity had been widely observed in the East, the armies of Islam destroyed all but remnants, thus shifting its survival to Europe in the West.

“Science arose only in the West because efforts to formulate and discover laws of nature only made sense if one believed in a rational creator.” Even the misnamed “Dark Ages” were actually times of technological development. Likewise historians have determined that the Spanish Inquisition was “a quite temperate body that was responsible for very few deaths and saved a great many lives by opposing the witch hunts that swept through the rest of Europe.”

Perhaps the greatest surprise was the damage done by Constantine who, having made it the religion of his empire, gave rise to an indolent and hypocritical Church hierarchy initially composed of Roman aristocracy. It fostered a clergy who were ignorant of the faith and indifferent to its mission. Not until the Reformation was competition introduced, forcing the Church to return to piety, as various Protestant sects emerged, and energized Christianity in the process.

Stark concludes that “The claim that religion must soon disappear as the world becomes more modern is nothing but wishful thinking on the part of academic atheists. Religion is thriving, perhaps as never before. More than forty percent of the people on Earth today are Christians and their number is growing more rapidly than that of any other major faith.”

And that, as they say, is the good news.

An excellent Christmas message that sets the record straight on Christianity that is the largest and fastest growing religion in the world...even in the Middle East where Islam has put to the sword millions of Christians since the 7th century.

In this country, which was founded in large measure by Christians fleeing the tyranny of Europe, and remains to this day overwhelmingly Christian, we are often not aware of the growth of Christianity in places overseas like China where by 2050 the majority of Chinese will be Christians.

America was founded as Free Republic - the U.S. Constitution was designed by its Christian authors to strictly LIMIT the natural authoritarian impulse of any government to tyranny - ESPECIALLY in regards to government influence and control over the economy.

The message of Christ is that God, not Caesar, is King.

...And when the nations of the world Tebow to this advanced ideal there will be a Golden Age on this small planet.

A fine article! Thank you Alan. A thing about Christianity is that it thrives most outstandingly in a population "where things are not too good". A church member, back from Zimbabwe in the past three weeks says Christianity is being galvanised in that country, with thanks to the opression and tyrrany of Robert Mugabe. It is in the prosperous countries, with their "we have it all" cultures that so few sense the need to seek eternal salvation. The comic acts by a few archbishops, such as our own Tutu, do nothing to help.

This is a welcome gift to those of us Catholics, whose thoughts and actions during the year are determined by who we are. By this measure, there are certain things we would not think or do. We have much to thank Jews and Judaism for and we must do whatever is necessary to protect Israel from those who deny it peaceful existence. Thanks, Alan.

Good job Alan! The fact is that the elimination of religious belief is impossible because we were designed to believe. Every human society in every age believed in a higher power or powers. Belief is a component of our genetic code. A code that is so immensely complex that I cannot imagine how anyone can think that it wasn’t written just as a computer program must be written…and no computer program is anywhere near as complex as the DNA. Intelligent Design has been called a “pig that won’t fly”! Well then….how else then can anyone explain the complexity of ....everything!