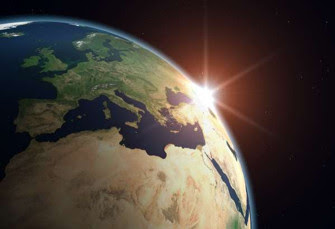 Since the climate liars cannot make their case on the basis of the known science, taking it into a court of law with a passionate appeal to emotion in order to impose restrictions on carbon dioxide (CO2) emissions has long been a Green goal.

The claim that CO2 causes “climate change” which is the new spin on “global warming” is utterly false, but it may be argued if the Iowa Supreme Court takes the case.

When a similar case was argued before the U.S. Supreme Court, the esteemed justices ruled that CO2 was a “pollutant” under the Clean Air Act and not the second most vital atmospheric gas after oxygen, the “food” for all vegetation on Earth.

The Greens have understandably concluded they can get what they want, restrictions on all energy use, in the courts of justice if not in the court of public opinion.

The defendant filing the case is a 14-year-old girl, Glori Dei Filippone. Exploiting minors is old hat to climate liars. They have filled our schools with global warming garbage for decades. The brief filed in her name is joined by the Iowa Department of Natural Resources who ia asking the State Supreme Court to rule on “whether the State of Iowa has an obligation to protect the atmosphere under the Iowa Constitution and the Public Trust Doctrine.”

Federal laws have made it clear that the nation’s air and water must be protected from manmade pollution, but how does a state go about protecting the entire, ever changing atmosphere above it? Can Iowa be sued for allowing the heat wave that roasted its populace and crops? If there is so much rain a flood ensues, is it the state’s fault? Can the state stop dust from other states from blowing in?

In a news release from OurChildrensTrust.org, the green organization behind the request for a hearing, says the case is critical to determine “whether the people of Iowa have a right to a healthy atmosphere.” This is so absurd that it defies belief.

The last time I checked the Constitution it spelled out a Bill of Rights and none of them make any reference to the atmosphere!

A spokesperson for OurChildrensTrust.org said the case needs to be argued because “the atmosphere is imperiled and must be protected by State officials.” The Latin phrase to describe this argument is reductio ad absurdum.

The atmosphere is not “imperiled.” It is what it is and the State of Iowa, the United States of America, or all the nations of Earth can do nothing about it. Just as the temperature of the Earth is determined in large measure by the Sun and its cycles, the Earth and its atmosphere has been through many ice ages of greater or lesser intensity and length, as well as warmer periods like the one in which we presently find ourselves. It even has a name—the Holocene.

To put it another way, Mother Nature's message to humans is frequently “Get out of the way. Here comes a flood, a blizzard, a hurricane, a tornado, or a forest fire ignited by lightning. For good measure I will throw in a volcanic eruption and an earthquake.”

Climate changes all the time and has done so for the 4.5 billion years of the Earth’s existence. Or just keep in mind something called “the seasons” from winter to spring, summer to autumn, and back to winter. This is not rocket science. This is funamental climate science and meteorology.

The Iowa Supreme Court should throw out the petition for this case for a very simple reason. As Hans Schreuder explains on www.ilovemycarbondioxide.com, “Carbon dioxide is not a warming gas at all, it is a cooling gas.” Moreover, “In our open-to-space atmosphere, the excellent radiating properties of all so-called greenhouse gases serve to cool the atmosphere, never to warm it.” Schreuder is a retired analytical chemist and a co-author of “Slaying the Sky Dragon”, a collection of scientific papers that debunk global warming.

In the brief before the Iowa Supreme Court, Glori Dei Fillippone argues that “Iowa has a moral obligation to provide my generation, and future generations, with a liveable state. Climate change is the most important moral issue of our time and I hope our Court will also protect our rights.”

Well, no, climate change is not, nor ever was a moral issue and it is most certainly not the most important issue of our time. Like Paul said, “When I was a child I spoke as a child. I understood as a child. I thought as a child, but when I became a man, I put aside childish things.” (1 Corinthians, 13/11)

Using the courts to require states to impose coercive laws on people and businesses using bogus “science” and where no atmospheric “health threat” can be affected by any action of the State is immoral. Using a child to advance that objective is immoral.

I do find funny how everybody is focus on CO2 and not on all the real pollutants out there, lucky you do have laws that more or less keep industry in check, more should be done in that sense.

Of course the opposite is what happens in China when no one cared about the environment for years (not to mention that is one reason they can have cheap products, besides super low wages)

Sadly big money keeps everybody focus on CO2 so no one ask about why they keep polluting.

Our US laws do control "real pollutants" and "big money" does not deter their enforcement. As to the focus on CO2, that comes entirely from the environmental movement and always has.

This problem can be very simply solved - A Republican president with some guts could enact an Executive Order that ended all federal restrictions on industry - to include pollution - and let the various states regulate it, or not as they see fit.

Furthermore, a Republican Congress with courage could terminate the existence of the federal EPA.

What Congress hath created...Congress can destroy with a majority vote.

The Leftist domination of what has become federal legal tyranny could be broken by any Republican Congress willing to terminate the existence those entire courts - like the 9th Appeal Circus - and the creation of other staffed by judges who take seriously the U.S. Constitution.

Methinks most even most hardcore Leftist federal judges would read the handwriting on the wall with Congressional actions like this - and save their black robes and generous paychecks by becoming born again James Madisons.

In these matters, the Left has blazed the trail to agenda enactment by fiat - as witness Obama's endless EOs and the Democratic Congressional fraud of Obamacare - It is high time for Republicans to be become kick butt radicals and give the goose a taste of its own medicine.

1) This is part of what I call "The War of the Insane Left" (capitalized so I don't lose focus upon it, because I see it as a fundamental, defining fact of our current, largely political situation (although it involves a suborned, incompetent climate science, and no doubt other sciences as well).

We've taken several steps backwards lately when it comes to law, the courts, and our Constitution. Recently, we turned a blind eye as the courts re-wrote the Constitution with their ridiculous Obamacare decision. Are we now going to start letting the courts dictate what constitutes valid science to us as well?

It seems to me that the courts should be exclusively limited to considering the LAW in their decisions. Our environmental laws should be carefully chosen, based on the exhaustively researched and carefully corroborated findings of the scientific community, and only after a true consensus has been reached should laws reflecting that consensus be passed. Then, and ONLY then, should the courts be allowed to consider any aspect of the environment in their rulings.

The courts simply shouldn't have the power to inject their personal biases into their decisions and decide what is or isn't valid environmental science, but everyone knows that they are prone to doing so, otherwise the suit wouldn't have been filed in the name of a child...

Centuries ago, the king and his court used to decide what was or wasn't valid science, and take a look where that got us. People were being executed for claiming that the world was round! Eventually we came to our senses and realized that science should be left to the experts, and implemented a system in which powers were separated into three branches of government, and court decisions were supposed to be consistent with the rule of law.

When a judge lets personal biases or feelings about the environment or anything else get in the way of enforcing the law, that constitutes dereliction of duty and is grounds for dismissal in my opinion...

So, once again I have to ask ... Are we evolving, or are we devolving here in America?

The Volkov ice core offers
proof that CO2 and temperature
have been, at least, positively
correlated for 150,000 years.

C14 is absent in coal. The wood from trees shows an increasing ratio of C12/C14 in the last 100 years. Therefore burning coal adds significant CO2 to the atmosphere.

Climate change is at present where evolution was around 1880. It has not quite been proved, but it becomes more likely as data is accumulated.

What is really unacceptable is to call those who disagree with you
liars.

I do not mean that climate change is important. Compared with nuclear war or poison water it is not important at all.