On NOT Understanding Muslims 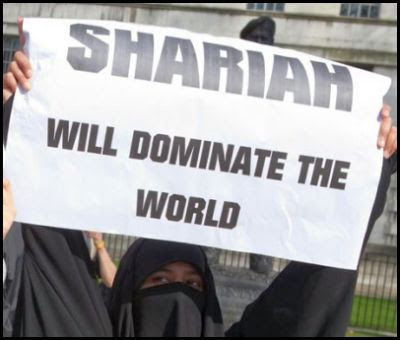 What if Christmas was a traditional time for Christians to set about bombing one another? We might find that strange, but the recent “holy” month of Ramadan in Iraq was celebrated with bombings and shootings that killed 409 people and wounded 975 according to an August 20 Agence France Press report from Baghdad.

Apparently if you are an observant Muslim, abstaining from food, drink, smoking and sex during the day of the “holy” month, the best way to work out your stress is to kill fellow Muslims. This was the case of Ramadan which ended on August 18 this year or a day later depending on whether you were a Shiite or a Sunni.

It wasn’t just Iraq. There was a spike in killings of both Muslims and infidels in other countries where Muslims are either the dominant population or a major part of one. In Nigeria Boko Haram, a Muslim group, claimed responsibility for a spate of bombings in Kaduna state and a number of cities. Terrorizing the non-Muslim population has always been considered the best way to gain converts.

This bloodbath, not restricted to Ramadan, is so bizarre to infidels—Christians, Hindus, Buddhists, and all other faiths—that Raymond Ibrahim, writing in Jihad Watch in October 2011, said that “Islam’s nonstop aggression around the globe” is routinely passed off in the West as “a byproduct of ‘grievances’, of ‘Zionism’, of U.S. ‘foreign policy’, of anything and everything but Islam.”

In a brilliant commentary in AmericanThinker.com on May 21, 2011, David Bukay offered five keys to understanding Islam and why the Middle East is the planet’s version of an insane asylum.

The first is the West’s illusion that democracy can take root there. It “is weak and ineffective compared to the indigenous Middle Eastern social institutions: the clan, the tribe, and the religious community.” This explains why the only form of “government” that has existed there prior to and since Western colonization and the discovery of oil there, has been monarchies and the worst collection of despots since Ivan the Terrible, Hitler and Stalin.

It explains, for example, why Egyptians, after decades of military dictatorship gathered to overthrow Hosni Mubarack, a trustworthy friend of the West, and ended up with Mohamed Morsi, a leader of the Muslim Brotherhood. He will be attending a meeting with the Iranian dictators on August 30 at a meeting of the Nonaligned Movement meeting. This is said to end to end the years of enmity between the two nations since Iran’s Islamic Revolution in 1979.

It explains, too, the insurgency in Syria, essentially a fight between the Alawite minority that ran the nation since the Assad family, father and son, established its dictatorship. Lined up against them are a variety of the usual clans and others that want to establish their own dictatorship.

We are not witnessing an outbreak of democracy in the Middle East, dubbed the “Arab Spring”, but simply a desire to rid themselves of their former dictators in Tunisia, Libya, and Egypt. It has made the rulers in Saudi Arabia and Qatar very nervous, both of whom have been lavishing all manner of goodies on their respective populations to keep them from rising up against them.

Bukay’s second key to understanding the Middle East is amply demonstrated by the turmoil occurring there. “All Arab states comprise violent, hostile tribes and rival religious communities that stick together only by coercion from an oppressive authoritarian regime.” The third key is “the central role of the army, being the regime’s principal power and political supporter.”

The fourth key is the masses who have never had any influence in the political life of their nations, many of which are the result of the Treaty of Versailles after World War One in which England and France carved up the Middle East to create Syria, Jordan, Lebanon, and Iraq between them. England was named the protectorate of “Palestine” which lasted until the Jews returned to create the state of Israel in 1948. After the Holocaust, many had no place else to go.

Bukay’s fifth key was the fact that, having overthrown the various dictatorships. The U.S. deposed Saddam Hussein by invading Iraq. This has resulted in the election of Mohammed Alawi Maliki who has since been forging ties to Iran where he had found sanctuary from Saddam during his brutal dictatorship.

“The Islamic phenomenon,” wrote Bukay, “is not defensive and passive; it is an aggressive onslaught against modernism and secularism led by urban, educated, secular middle class groups. Western permissiveness and materialism are the forces leading to these groups’ return to Islam and motivating them to bring the Islamic religion back to hegemony.”

So the West looks on in horror at the beheadings, the hangings, the bombings, the increasing killing of Christians trapped in these nations, and does its best not to be dragged into the vortex of insanity that is the Middle East and parts of Africa.

This has been going on since the rise of Islam in the seventh century. It is not likely to end until the world’s billion-plus Muslims begin to tire of the madness around them, the insanity of a “religion” that requires them to wage war on the rest of the world that tries fitfully to contain them.

Our grandchildren and their grandchildren will be dealing with Islam until it tires of its murderous ways, if ever. Our ancestors in the West staved off a Europe enslaved by Islam by killing Muslims and driving them from the continent. They have since returned and will likely control Europe by sheer force of numbers.

The Israelis have fought several wars against them since its founding and are likely to rid us of the Iranian nuclear threat even as the West continues to cower in fear.

And, in November, Americans will decide to either defeat Barack Hussein Obama, the son of a Muslim Kenyan, stepson of an Indonesia Muslim, a man who in 2009 traveled to the Middle East to apologize for the sins of America, and a man who has said he will “side with the Muslims”, or we will elect Mitt Romney who does not share his worldview.