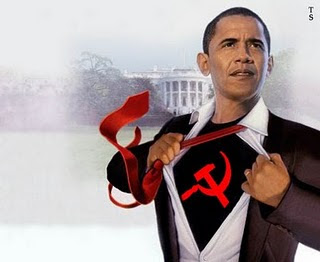 I have been reading about Frank Marshall Davis since Dr. Jerome Corsi tried to warn Americans about Barack Obama in his 2008 book, “The Obama Nation: Leftist Politics and the Cult of Personality.”

Dr. Corsi noted that “On December 5, 1956, Frank Marshall Davis appeared in executive session before the U.S. Senate subcommittee investigating ‘the scope of Soviet activity in the United States. It was one of the McCarthy-era committees seeking to expose communist considered to be a security threat. A year earlier, in 1955, the Commission on Subversive Activities organized by the government of the territory of Hawaii identified Davis as a member of the Communist Party USA.”

In the 1970s, when Obama was an adolescent growing up in the care of his grandparents in Hawaii, among their circle of friends was Davis. His grandparents wanted to provide a black man as a role model for the young mixed-race child, the result of a short marriage between their daughter and Barack Obama Sr., a Kenyan she had met while both were studying Russian at the University of Hawaii.

Obama came of age in a household devoted to leftist ideologies so it was no surprise that Davis was among their circle of friends. He had moved to Hawaii from Chicago in the late 1940s, continuing a lifetime of work as a journalist editing and writing for newspapers advocating the communist ideology and the party line set forth by the Soviet Comintern, short for the Communist International whose aim was to extend communism worldwide. It directed the work of the Communist Party USA whose members were devoted to the Soviet Union. Most members like Davis, when questioned, denied membership, taking the Fifth Amendment.

While today’s leftists have successfully smeared Sen. Joseph McCarthy and the work of the congressional committees to expose Soviet infiltration of the U.S. government as “McCarthyite” historians have since revealed the depth of penetration by Soviet spies in the administrations of FDR and Truman. Later declassified intercepts of messages to them, known as the Venona Papers, reveal how vast the Soviet espionage program was. 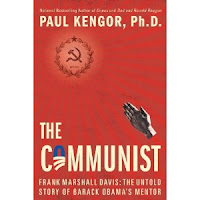 Presently the leading historian on communism in America is Dr. Paul Kengor, the author of “Dupes: How America’s Adversaries have Manipulated Progressive for a Century.” His latest book is “The Communist: Frank Marshall Davis—The Untold Story of Barack Obama’s Mentor.”

“There were hundreds of thousands of American communists like Frank,” writes Dr. Kengor, “who agitated throughout the twentieth century. They chose the wrong side of history, a horrendously bloody side that left a wake of over 100 million corpses from the streets of the Bolshevik Revolution to the base of the Berlin Wall—double the combined dead of the century’s two world wars.”

Davis’ influence over Obama is carefully documented by Dr. Kengor who says, “The people who influence our presidents matter.”

Americans have learned this truth, starting with Obama’s 2008 campaign and over the course of his term in office. In his memoir, “Dreams from my Father”, written before his rise to fame, Obama provides a trail of hints as to his long history of association with leftists. Primary among them was Frank Marshall Davis who came into his life in the 1970s.

Not once in his memoir does Obama identify him, referring to him only as Frank, neglecting to mention that Davis was “a pro-Soviet, pro-Red China, card-carrying member of Communist Party USA” whose card number as 47544. It should come as no surprise that Davis found Chicago a favorable place to live. It was where he founded and edited the Chicago Star, “known among the locals as the ‘Red Star.’” He would repeat this later in Honolulu.

“Frank Marshall Davis’s political antics were so radical,” writes Dr. Kengor, “that the FBI placed him on the federal government’s Security Index, which meant that he could be immediately detained or arrested in the event of a national emergency, such as a war breaking out between the United States and the USSR.”

I grew up during the early years of the Cold War that commenced following the end of World War Two and I vividly recall the fear that the Soviet Union would wage war, particularly after it had acquired the atomic bomb, the result in part from Soviet spies that provided vital information about our bomb.

Americans have lived through nearly four years of what can only be described as an attempt to take over our government and “fundamentally transform” it away from the limits of the Constitution to a nation in which the government, under Obama, seized General Motors to nationalize it, imposed Obamacare to take control of our healthcare system, and attacked “millionaires and billionaires” as greedy capitalists. His slogans have been “change” and “forward”, longtime favorites of communists.

On November 6, 2012, Americans will have just one chance to rid the nation of Barack Obama, an acolyte of Frank Marshall Davis and a friend of many who scorn America.

If he is reelected, he will do what communists have always done when the opportunity arose. He will seize complete control of the machinery of government to enslave Americans who were duped into voting for a man whose true past was and continues to be carefully hidden by the mainstream media, a man mentored by a notorious communist.

I am half way through "The Communist" and it's like reading a book on Obama. It's eerie how Davis's life parallel‎s Obama's.