Has Obama Been Good for Black Americans?

Please don’t tell me that the first black President of the United States has helped black Americans. Last time I checked, the rate of unemployed blacks, age 18-29, was 22.3 percent in July. Not exactly what they and other blacks were anticipating when they voted en masse for him in 2008.

Indeed, while blacks will likely give Obama their support, many are saying he did not live up to their expectations. Now we hear people like film director Spike Lee saying that blacks’ expectations were "too high." That’s called having it both ways. 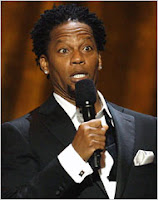 In a recent article in The Daily Beast.com, Allison Samuels interviewed comedian D.L. Hughly who has a new book out, “I Want You to Shut the F#ck Up: How the Audacity of Dopes Is Ruining America.” Suffice to say that Hughly has a man-crush on Obama. In a similar fashion, I have had discussions with blacks who regard any criticism of Obama as racism and who ignore his record in office.

I would love to ignore Hughly, but I can’t, nor do I think he speaks for all blacks in the same way I do not speak for all Italian-Americans or all white people. In his book, Hughly compared Obama to the TV character, Carlton Banks in “The Fresh Prince of Bel-Air.” He said, “I just meant the president was fortunate enough to grow up in a world early on where he could believe that everything was all good and life was fair and wonderful if you did the right things.”

Hughly needs to read the growing library of books and articles that point out that Obama was abandoned by his father, a Kenyan, who divorced his white wife. Obama never knew his father, yet wrote a memoir “Dreams from my Father” in which he identifies solely with being black.

Obama’s white mother and grandparents were Marxists. After his early years in Indonesia, Obama was sent to live with his grandparents who afforded him an education in one of Hawaii's exclusive schools. In his youth in Hawaii, he was mentored by a family friend, Frank Marshall Davis, a black man and an active member of the Communist Party USA. The FBI has a thick dossier about Davis.

Hughly’s Obama is a work of fiction, no less than the one created by Obama.

“I’m a black man too and I didn’t grow up in that kind of world. I couldn’t grow up thinking everything would be OK because it wasn’t for a lot of people I knew,” said Hughly who apparently thinks Obama was naïve and didn’t realize the depth of racism in America, but ignores the fact that a lot of whites voted for Obama because they wanted to demonstrate to the world that a black man could be elected President.

If Obama had been raised by a black father, says Hughly, he would have learned that “you can’t let someone disrespect you but one time.” Hughly mistakes criticism of Obama’s performance in office as racism and, in fact, the half-black, half-white Obama has generally been given a pass his whole life precisely because of his racial mix. All Presidents have been subjected to often harsh criticism.

If anything, Obama has been the “affirmative action” President whose life has been characterized by the special treatment he received growing up. It has been a life whose actual facts Obama has gone out of his way to conceal by having his college and other records hidden from public review, not the least of which has been his birth certificate, deemed by many to be a forgery along with his phony Social Security number..

Ms. Samuels asked Hughly “Do you think Obama will be more forceful in the way you’d like if he is reelected for a second term? Many African Americans feel he’ll fight harder for minority issues during his second term because he won’t have to worry about being reelected?”

“No, I don’t feel that way at all. He’s a diplomatic guy who feels things should be done in a certain way and handled with a certain amount of intelligence and thought.” How Hughly accounts for forty-two months of eight percent unemployment suggests Obama’s intelligence is subject to debate. Wasting billions on a “stimulus” judged to have been a failure and more billions wasted on “green energy” firms that went bankrupt is not, for many people, a sign of intelligence.

Obama’s now famous “You didn’t build that business” more clearly suggests his Marxist belief that government is the source of all success rather than individual hard work.

As far as Hughly is concerned, Obama has “done so many good things for this country” and he is welcome to his opinion. That he regards the Tea Party movement and other conservatives as racist suggests a less than critical examination of the facts of Obama’s performance in office. Or of the Tea Party that has the support and participation of many blacks and Hispanics.

Juan Williams, a black Fox News analyst, wrote in 2007 that “the core group of black people trapped in poverty today is not defined by lack of opportunity as much as by bad choices. Black youth culture is boiling over with nihilism. It embraces failure and frustration…”

But not all blacks are trapped in poverty. Many have benefited from civil rights laws dating back to the 1960s and have become members of the middle class. Others have worked hard to rise to positions of success in business and other endeavors, including Hughly.

What struck me about the Hughly interview was his uncritical embrace of Obama and the view that it is racism that is holding blacks back. Obama has not opened any doors for black Americans that were not already in place.

To the contrary, Obama has offered them more food stamps and has tried via an illegal executive order to gut the successful welfare law that Bill Clinton signed. He has failed the millions, black, white, Asian, and Hispanic, who are unemployed as the result of his Marxist ideology.

I believe Obama has made it nearly impossible for a black American to be elected President for a generation or two. I believe he will be rejected by the voters in November and I believe he will, as he has done throughout his presidency, blame others for it.

Alan: I think you are confusing your concept of opportunity and success with the goals and aspirations of the many who are only looking for the hand-outs, and I fear that there are more of them than the people who are looking for real opportunity.

Has Obama been good for
black Americans? They think so.
According to Fox News, Obama's
poll numbers are in the mid-90s
among African-Americans.