As 2012 winds down we have three Fridays left to prepare for Christmas and one after that to contemplate the New Year and all that it entails. For conservatives 2012 has been a very bad year and I suspect many have not recovered from the jolt of the November elections that renewed President Obama’s hold on the Oval Office. 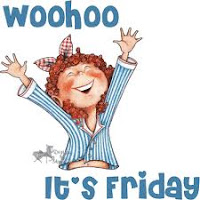 I surely have not. I spent the last four years devoting lots of thought to the damage Obama was inflicting on the economy and, by extension, the lives of Americans. So, on this Friday, the volume of chatter about the looming “fiscal cliff” is increasing with everyone, Washington insiders and observers, all fervently hoping for “a last minute deal” to somehow avoid “taxamegon”, the greatest increase in taxes ever.


At this point, I don’t see a deal in the works. Simply put, Obama has long since demonstrated he has no capacity for compromise. The powers in Washington are talking past one another, not with one another and we are in a political era of such dramatic division it is a wonder to recall that Democrats and Republicans once actually did work together for the greater good of the nation.


What I do not understand is why so many Americans seem so unperturbed by the increase in the taxes they will pay despite the fact that considerable pain will set in. On television there are man-in-the-street interviews that suggest quite a few have no idea what the fiscal cliff is!


Are conservatives the only ones aware of the rising tide of ignorance about the issues?


Let’s pull back from national problems and look at a very big one that involves word out of Syria that its chemical and biological warfare arsenal has been activated. Many believe that Bashar Assad, Syria’s dictator, intends to use them against the rebels closing in on Damascus. I am one of those who does. Recall if you will that Iraq’s deposed dictator, Saddam Hussein, used chemical warfare against the Kurds and during his eight-year war with Iran.


Long outlawed by international treaties, the question is whether nations external to Syria will take preemptive action to stop their use or whether a strike against them would, in fact, spread the deadly gas, Sarin, as effectively as its use? That is a real dilemma and an outcome no nation wants. If used by Assad it would trigger a military response that has the potential for spreading beyond Syria. 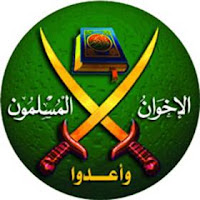 The Middle East is in serious meltdown. Events in Egypt demonstrate the battle for the nation’s future between the Muslim Brotherhood and a more secular portion of the population who fear what that portends. The Brotherhood, however, is making gains throughout the region.


In Doha, Qatar, the UN Conference of Parties under the umbrella of the Intergovernmental Panel on Climate Change is winding down. The last such conference in June, Rio+20, dumped “climate change” as its focus in favor of “sustainable development” as “the world’s most urgent problem.” I would submit that one of the world’s most urgent problems is the United Nations whose original mandate was to ensure that there would be no more world wars or, to some degree, no future wars anywhere.


Instead, the UN has become an international body whose purpose is to destroy national sovereignty everywhere (including our own) and put itself in charge of seven billion people who inhabit the planet. It strives to do this via some of the most awful international treaties ever devised. Fortunately (or not) the success of such treaties depends on getting enough nations to sign on and then securing their compliance.


As usual, the talk of the UN conference is restrictions on carbon dioxide (CO2) emissions, but an interesting new book by a geologist, E. Kirsten Peters, “The Whole Story of Climate: What Science Reveals About the Nature of Endless Change”, suggests that the development of agriculture over the past 5,000 or more years has not only produced enough food to feed the world’s population and the livestock we love to eat, but has delayed an inevitable plunge into a new ice age.


The alarmists continue to say that 2010 and/or the U.S. summer of 2012 was “the hottest on record” but the actual data reveals that there is only a few hundredths of a degree Fahrenheit difference between these and previous alleged “hottest years.” In point of fact, the 1930s were the hottest in American history.


So maybe some more CO2 is what the world needs to fend off the next ice age? Given that the world has been in a cooling cycle for the past sixteen years and CO2 has risen 391 parts per billion (0.0391 %) in the Earth’s atmosphere, humanity may dodge the bullet headed our way, at least for a few hundred more years if we are very lucky.


This Friday ushers in a weekend filled with the usual activities we enjoy and it occurs in a nation whose leaders seem unable to resolve the greatest debt the nation has ever had with the Democrats calling for higher taxation and the Republicans calling for cuts to spending. We have been here before in the 1930s during what has since been called the Great Depression.


In the 1930s totalitarian governments in Germany and Japan led to World War II. So, if history is any guide, we have been on the brink of a big war before as well.

The fiscal cliff is just an excuse for whats going to happen anyway because of Gov bad stewardship of our money. Obamawill blame it on the Repubs and visa versa. When in fact they are all responsible the have screwed Americans for years pushing their personel agendas and francky they make me sick to my stomach

Thank you Alan for your insights.

Zossen, there was and is nothing "happy" about Pearl Harbor, 1941

@Edward. Thank you. We have entered a very dangerous era.

Does anyone know where Syria got their chemical weapons? Could these be the WMDs that Saddam Hussein shipped to Syria before we invaded? Just asking.

@madeinusa: I believe the poison gas components came from Russia, but I am not sure of that. Could possibly have come from Iran as well.

Now the Russians (and the Chinese) have gotten very nervous about the use of gas and will look the other way as NATO nations mount an attack on Assad to rid themselves of the growing risks involved.

Predictions:
1. The Dimocrats have a permanent (BigGov-dependent) majority. Hillary in 2016.
2. Europe will go Islamic. The US will go Hispanic. Demographics and the Constitution-haters ensure it.
3. There will be a nuclear war - in the Turkey/Sri Lanka/Japan triangle.

The only good news is that neither you nor I (D.v.) will be around to see it!

'A day that will live in infamy'.

One could wish current Americans could understand that ...