As a nation, as citizens, we seem to have developed the memory span of fungus. We move on to whatever new scandal, crisis or distraction comes along and it all seems to have the shelf life of a loaf of bread.


Does anyone remember “Benghazi” at this point? Al Qaeda attacked and killed an American ambassador and three security personnel seeking to defend him on the anniversary of 9/11. The battle went on for hours and, according to reports, it was watched in real time in the White House situation room or wherever our top spooks gather to watch such things. It is a complete total scandal, but reportedly President Obama tweeted about it once and about rapper Jay-Z some 45 times. Some people think the President is “cool”, but that strikes me as “cold.”


Does “Fast and Furious” mean anything to anyone other than the title of an action film? It was the code name applied to an appalling gun-running scheme run by our own Bureau of Alcohol, Tobacco, Firearms and Explosives (ATF for short) with the notion of tracking them to the cartels that received them. It was a complete foul-up and got a U.S. Border Agent killed with one of the firearms. After a number of hearings in Congress and demands for more information about it, the President declared “executive privilege” and the whole thing, so far as the media was concerned, went away.


How about the Keystone XL Pipeline that would have generated at least 20,000 jobs for Americans, not to mention as much as 700,000 barrels of crude oil to U.S. refineries on the Gulf Coast? In January Obama threw a monkey wrench into that, saying he didn’t oppose the project but was worried about greenhouse gas emissions and possible spills. Yeah, right. I believe that, don’t you? Even labor unions opposed that decision.


How about forty straight months of an unemployment rate at or exceeding 8%? It only dipped slightly below that in December because more people just gave up looking for a job. 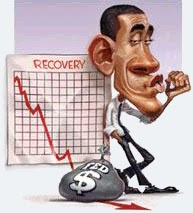 Then, too, the jobs Obama added to the federal government may have been a contributing factor. As Paul Kengor reported in the American Spectator, “The numbers show a massive increase in government jobs created over the last five months -- 621,000, to be exact, dwarfing private-sector job growth. Those new government jobs account for a staggering 73% of overall job growth. In all, it means that 20.6 million citizens now work for government, out of 143 million people employed in America -- or one in seven Americans.”


Has anyone—especially in the mainstream media—noticed that Obama backed the leader of the Muslim Brotherhood, Mohammad Morsi to replace Hosni Mubarak as the president of Egypt? Morsi tried to declare himself the new “pharaoh” or dictator and Egyptians once again filled Tahrir Square in Cairo to protest his turning the nation into an Islamic paradise along the lines of Iran. Mr. Morsi decided he could wait to be dictator and rescinded his effort—at least until a horrid, sharia-based new constitution becomes law; which it will. Starting with his now famed “apology tour” that included Cairo and a lot of kowtowing to Islam, Obama has not enjoyed much success in the Middle East which threatens to burst into a larger battlefield at any time. Under Obama there has been zero leadership regarding the Middle East. It’s called “leading from behind.”


It is more than just strange that, as the nation hurtles toward a huge increases of taxes, mostly on the middle class that Obama says he is defending, and sequestration, automatic cuts in spending (which Obama hates because he lives to spend the money the U.S. has to borrow to the tune of $4.8 billion every single day), no one seems to know how this fiscal cliffhanger will end.


My bet is on Obama taking us over the cliff into years of higher taxation that will further cripple economic growth. Does anyone remember or even know that there has been no formal budget for the last three years?  The last one submitted by Obama was unanimously rejected by Congress.


Does anyone remember the Simpson-Bowes Commission that Obama said would provide recommendations to deal with the skyrocketing national debt, the reform of the tax code and the so-called entitlement programs? Only political wonks and junkies remember that, but everyone else has forgotten that the commission offered some excellent recommendations which Obama promptly ignored.


All through 2011 the national debt climbed higher and higher with no signs of any reduction in the spending. Keeping pace with it has been unemployment in America and, in tandem, an extraordinary rise in the use of food stamps, a social safety net, but also a multi-billion dollar expense. ALL of the economic indicators, when you get past the short term reports—blips—of improvement, are BAD.


Either not keeping these things firmly in mind or forgetting all the other reasons guarantees that 2013 will be worse, politically and economically, and will exact a toll for the national short-term memory that seems to be the norm.

Short term memory, VERY short, and apathy... THAT is why the USA is in the shape it's in, and when guys like us try to sound the call we're labeled as Far Right Alarmists...

We live in a throw-away society, and that includes politics. People would rather watch Jon Stewart for their news because he makes it funny and more palatable. Pity that he chooses to blindly support Obama, but then he is a liberal. And then you have the majority of the MSM backing Obama in whatever he does, and in whatever message he sends out. They support him 100%, never questioning. They dictate what the minions of America hear and believe, and so cover up anything that may show up Obama as the empty suit he is. The only network swimming upstream is Fox News, who is still hammering on about Benghazi and Fast and Furious. And that is the problem with politics in America today. The youth are clueless, as most of the indoctrination camps aka. colleges and schools, are brainwashing them continuously, and Jon Stewart, MSNBC etc. finishes them off. America reached such glorious heights once and was an example of what can be achieved to the rest of the world. I remember growing up and being in awe of all that your country accomplished. Sadly, not anymore, because for a country that put the first man on the moon, America has now fallen before reaching her true potential. I can't help but wonder if all your rights and freedoms have now come back to bite you in the behind, as the enemies within have used them against you to set their agenda.

Fred, they can call me anything they want. I am right and I am a right-wing alarmist. I think everyone should be at this point.

Lime Lite: I sometimes regret I have lived long enough to see this sad state of affairs, but I shall surely keep a light on it until we can regroup and regain the power to set things right again.

Texas Fred... And no matter what we say on any subject they manage to call us racists.

Lime Lite... It's interesting to see the how someone from outside the country views us. Do most of your countrymen agree with you or do most of them not even care? Thank you for Ozzie Saffa.

Alan: In your reply to Lime Lite you refer to "the power to set things right again". I'm not exactly sure what you had in mind, unless it's the "power" to convince lazy selfish ignorant gluttons that it's more rewarding to do something productive, think of others as well as one's self, learn and grow, and keep one's appetites in check. I'm pretty sure that "power" alone can't do the job. And I'm pretty sure that it has to be implemented from the bottom up.

DJ, point well taken. It will take more than half the population to bring about change.

@Hugh Petersen - the only reason I care so much is that my former homeland of South Africa was destroyed by liberals sticking their noses into our business. I now live in Australia when I fled the crime in SA. I also have two sons who wouldn't have a future in SA. There are some awake Australians, but alas too few. Those who are awake are usually conservatives and like-minded people. I have educated myself over the last 5 years and see things very clearly now! And I can see what's coming to America as South Africa was the canary in the coal mine for the West.

Lime Lite... It seems like the liberals are riding a wave that is sweeping the world. We have Europe, South Africa, Australia, the US, and more and we desperately more people in all these countries to wake up or else all personal liberty will be lost. It's probably too late already and the sad thing is that most people don't want to even think of what's going on.

I am not sure what you ate this week but your firing on all cylinders. I have had a desperate hopeless feeling all week. Too busy to read your stuff daily this week...I just read 4 of your blogs. I have to say you make me proud to be an American and lift the heaviness I tend to feel. Your a great man and I am praying for you daily. Keep it up my friend. This country can and will rally again.

Bulldogget, I thank you for your praise which is always nice to hear. I will try to live up to it.

I have an end of the year donation drive going, so if you have anything left over after buying Christmas gifts, anything you can spare for Warning Signs is welcome.