A Devine Look at America 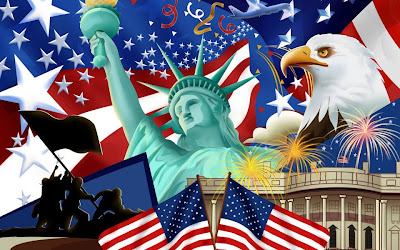 
For a few years I was a regular contributor to Conservative Battleline on the website of the American Conservative Union (ACU) Foundation, edited by a fellow I knew only as Don Devine. He was always unfailingly supportive and liked my commentaries.


What I didn’t know was that Don was Dr. Donald J. Devine, the author of eight books on aspects of political science and had served as President Ronald Reagan’s Director of the U.S. Office of Personnel Management where he helped cut 100,000 bureaucratic jobs and save more than $6 billion by reducing generous benefits.


If you think the federal government is too big, Don would surely agree. The Washington Post called him Ronald Reagan’s “terrible swift sword of the civil service” and The New York Times called him “the Grinch.” Both liberal newspapers were simply reflecting the progressive viewpoint that there is no such thing as a federal government that was, even then, too large.


Before and after his government service, Don had been an academic, a professor of government and politics at the University of Maryland and for a decade, a professor of Western civilization at Bellevue University. I always enjoyed reading the commentaries he contributed to the ACU because they were timely, cogent, logical, fact-filled, and reflected our shared conservative values.


I confess it never occurred to me to inquire much about “my editor” and, if I had, I likely would have been astonished to know that I was exchanging emails with a man whose curriculum vitae and resume would have made me feel like the village idiot. From reading his commentaries I was at least smart enough to recognize that Don possessed a superb intellect.


I confess further that I have always harbored some serious concerns about intellectuals. I never considered myself to be one. I was an “ink-stained wretch” who followed college and service in the army with a career that began as a journalist and segued into become a public relations counselor, mainly writing magazine articles regarding products, services, and issues. It was a great education, but it was nothing to compare with graduate school and years of teaching.

All this came together as I read Don’s latest book, “America’s Way Back: Reclaiming Freedom, Tradition, and Constitution” ($29.95, ISI Books). I have been a book reviewer for some fifty years and accustomed to reading at a fast clip and blessed with the knack of retaining most of what I learn in the process. I had to slow down to read “America’s Way Back” and you will too. This is not some journalist’s amusing observations on life in Washington, D.C. or a dumbed-down introduction to the Constitution. This one makes you think on every page!


The great value of Don’s book is the way he illustrates the differences between progressives and conservatives, a branch of which includes the libertarians. You will gain some invaluable insights to why, given the history of how Reagan restored and grew the economy during his two terms, when progressives get in power, they wreak havoc on the economy. The latest example is, of course, President Obama.


Earlier progressives included Woodrow Wilson who kicked off the present day mania for governments that, in his view, were supposed to apply “scientific” management to the affairs of government. Progressives, however, not only manage to expand it in a desperate effort to solve problems that should have been left to the states and communities, but also to throw trainloads of money at them to no avail. President Johnson’s “War on Poverty” is the template for Obama’s “stimulus” and, of course, Obamacare. Too big. Too complex. Too costly. And ultimately a brake on the economy accompanied by mind-boggling waste.


Before Wilson, a Republican named Teddy Roosevelt, was also a progressive and after him came, of course, Franklin Roosevelt whose New Deal set in motion the expansion of government with which we live today. Despite being elected four times, FDR’s policies never ended the Great Depression. World War Two did that. Without going through all the presidents that followed FDR, suffice to say that several Republican ones from Nixon through the two Bush presidencies also exhibited progressive inclinations and choice.


President Obama’s policies are the apotheosis of liberalism and they are not working. Democrats now worry that Detroit’s bankruptcy foreshadows what can happen to the entire nation if we keep spending insanely. They are right to worry. The problem is that those of us who have been conservatives for a long time have been warning anyone who will listen that this can and will happen.


The problem also is that most, not all, those in Washington, elected to high office in Congress and to power in the White House, are not listening, nor capable of bi-partisan efforts to stem the tide. Even the Supreme Court seems overwhelmed and confused when interpreting the Constitution.


All this is discussed in Don’s book and, though dense with detail, it also offers up some fundamental truths. “No one can possibly know how to regulate something as complex as the nation’s whole economy” and “allowing freedom to readjust the complexity is the way the market should operate.”


For all of Obama’s dedication to redistributing the wealth of the nation and imposing government control over all aspects of the economy, Don points out that “Second only to the rule of law as an influence on how well nations develop economically is the amount of government spending. The World Bank study showed that the greater the percentage of national income government spent, the more prosperity for the general population was frustrated.”


There are gems of insight and information in Don’s book, but you will be required to read it with more care and focus than most books. It is worth the effort. You will gain more insight to the way we are governed today—and why—than a whole shelf of comparable books on history, economics, the Constitution, the rule of law, the role of religion and other American traditions.


“Is not the current crisis actually the opportunity to transform the moribund welfare state into a truly vibrant free and good society?” asks Don. My answer is yes.


“Is not the current crisis actually the opportunity to transform the moribund welfare state into a truly vibrant free and good society?” asks Don. My answer is yes.

As I see the endgame for what the "Progressive" Obama Regime is doing to the country can only result in a major meltdown of the U.S. economy - kind of like what happened to the old Soviet Union in 1991.

This crash and burn will cause an insurrection of some type after the country hits "year zero" but hopefully something short lived like the disorders that resulted when the Soviet Union fell apart and limited to a few cities.

Then the default switch will be set back on capitalism, as the U.S. government will bankrupt and the currency worthless - and hopefully a return to sound and proven limited constitutional government.

According to Obama, redistribution of wealth is the way forward. It will somehow uplift the poor into the middle-class and give them a sense of pride and make them productive citizens. Well Mr Obama, I'm still waiting for this to happen. You've had 4 years now of redistributing and still America's economy is in the bin, there are even more poor people in the country and more people on food stamps than ever before. When will this magical moment occur when the poor will progress and be filled with pride and become productive? How many years of destroying the economy before America becomes a liberal utopia where everyone is equal? And yet the Left still peddle this rubbish and people still vote for it. And the debt goes up and up; and the country becomes more and more like Detroit. And then in comes Hillary to save the day....

The problem is, the crisis is more than financial. As I tried to tell President-elect Obama by mail, just after his election in 2008, "...the need for change is wider and deeper than anyone realizes. Incompetence is not limited to our recent financial and political institutions; it is a disease spread as well throughout our intellectual institutions. Science in particular is in an unrecognized crisis..."

You already know this, from the "global warming" debacle that continues to misdirect all who follow it in the news. Others, who fought a few years ago, for recognition of "Intelligent Design" theory, also know it; and before that, in the past century, have been others who have tried to introduce new knowledge and been thwarted, like Immanuel Velikovsky in ancient history and Dewey B. Larson (few know of him) in fundamental physics theory, and now me and my discoveries in the single objective origin of all of the "ancient mysteries" of mankind (and thus his longest-lasting dogmas, that still haunt, and stalk, every modern nation). The trouble is that the long past is trying to make a comeback in many ways, through dogmas that have never been finally confronted, and eliminated in men, in all the millennia of known history. We are all dancing to another Piper's tune, playing in the minds of every man and woman who has ever been born--and it does not respect modern scholarship and logical understanding of physical reality, and keeps trying to throw anyone, who is at all dissatisfied with their life and ignorant of the great truth of all our existence, back to an imagined, magical world that never was and never will be. In short, the nation cannot be vibrant if the people are not vibrant themselves, but chained to long-disproved superstitions and ancient prejudices against one another, and the ancient curse, ever renewed, of "an eye for an eye" (which Jesus so poignantly disproved).

It is going to take a harmonious combination of liberal and conservative thinking to succeed.

I couldn't have said it better Lime Lite...

I've NEVER known anyone that didn't just take what was being offered and then EXPECT more. I'm not a big Bible thumper, but every time this subject comes up I'm reminded of the passage "Give a man a fish, and he'll eat for a day. Teach him to fish ..."

The are mountains of wisdom contained in the Bible, and it's well worth reading regardless of whether you're a person of faith, or a total atheist.

By the way, I'm pretty sure neither of those sayings is in the Bible, except by implication.