A Not So Happy Fourth of July 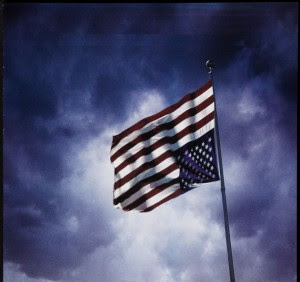 
Normally Americans celebrate the Fourth of July as the happy anniversary of the birth of the nation with the adoption of the Declaration of Independence in 1776. In 2013, our happiness is muted by fears of eroding freedoms; corrupt and incompetent governance.


The men who signed the document had struggled to reach some accommodation with England for many years until the arrogance and continuing taxation of the colonies left them no alternative than to “dissolve the political bonds which have connected them with another.”


When that effort failed they fought our Revolution over the course of eight years until the king and parliament concluded they could not retain the American colonies. Rarely mentioned in the history books was the large portion of colonists, known as Tories, who did not want to sever the connection. It is worth noting that the Revolution began when British troops moved to seize American arms in Concord, Massachusetts, and were met by militias there and in Lexington.


We celebrate the holiday in 2013 in a nation sharply divided between those who wish to retain and maintain the traditional and political values of America—conservatives—and the liberals who want to adopt the failed socialist systems of Europe and elsewhere. Even the former Soviet Union collapsed under the dead weight of communism. Even China, though politically communist, has adopted the capitalist system.


The transformation of today’s America from one whose values are enshrined in the Constitution and, in particular, the Bill of Rights, did not occur overnight. It began largely in the last century as “progressive” ideas were embraced. The educational system was transformed by progressives such as John Dewey. The rise of the union movement transformed the relationship between employer and employees; unions have since fallen on hard times, but still solidly support liberal candidates for office.


For the duration of the Cold War with the Soviet Union, from the end of World War Two in 1945 until its end in 1991, progressives mocked the notion that the U.S. government was filled with Soviet agents-of-influence and spies. Historians have since documented this.


Liberals see the values of the 1950s and earlier as “old-fashioned” and “out of date.” They welcome the attack on traditional marriage—in place for thousands of years by all faiths—that has resulted in the legalization of same-sex marriage in many states. They defend abortion even though it has killed an entire generation of Americans in the womb. These changes did not and do reflect the will of the people, but rather the result of Supreme Court decisions, of law suits that ignore the will of the people.


A nation built on welcoming immigrants who happily left Europe and other former homelands to seek real opportunity here is now led by politicians unwilling to acknowledge that the 1986 effort at immigration reform failed to secure the southern border, incentivized illegal immigration, and has resulted in an estimated eleven million “undocumented” aliens competing for jobs and benefits that rightfully should belong to native-born and naturalized Americans.


As Americans celebrate the Fourth of July in 2013, many are unaware that Obamacare is the law of the land. It is the nationalization of what was regarded as the finest health care system in the world and it is filled with hidden taxes, fines, the insertion of the government between patients and their physicians, and it will wreak havoc on the nation’s economy, increasing unemployment, impacting small businesses and large. Nationalization is socialism!


The protests against Obamacare gave rise to the Tea Party movement and a recent Rasmussen poll found that “26% of Obama supporters view the Tea Party as the nation’s top terror threat.” A slim majority, 51%, of likely voters, however, still regard radical Muslims to be the biggest threat.


Even more ominous is news that the U.S. agency, FEMA, has signed an agreement with the Russian Emergency Situations Ministry to provide “security at mass events.” The notion of Russian troops on U.S. soil to control Americans is an abomination. We fought a Revolution when the British did this following the Boston Tea Party.


The Founding Fathers wanted limited government and the Constitution is designed to create checks and balances so that no one element, the executive, Congress, or the judiciary, can act without the ability of Americans to reverse decisions with which they disagree. Americans demanded and got the repeal of Prohibition and they can do the same for Obamacare.


On this Fourth of July we have been witness to the failed policies of the President elected in 2008 and again in 2012. His conduct is more that of a monarch or dictator, indifferent and resentful of the judiciary and of Congress. He is surrounded by appointees who oversee elements of the government that increasingly give evidence of seeing Americans as “the enemy.”


On this Fourth of July, scandals abound and remain to be investigated, from “Fast and Furious” a gun-running scheme from within the Department of Justice to the attack on September 11, 2012 on our ambassador to Libya who died in Benghazi along with three other brave Americans. The cover-up continues.


We are learning that the Internal Revenue Service was corrupted by his administration to become an agency targeting conservative organizations in ways that denied them the opportunity to raise financial support. We have learned that the agencies intended to protect us have virtually unlimited capacity to monitor and retain all our electronic communications. The National Defense Authorization Act allows the government the right to arrest and detain any American without a trial. It must be repealed!


Recently the President gave a speech in which he said that “climate change” was the greatest threat to the nation and announced new policies to limit the amount of carbon dioxide (CO2) in the Earth’s atmosphere. This is so utterly absurd that it defies the evidence of an Earth that continues to cool over the period of the last seventeen years. It ignores the fact that CO2 plays no role in climate change and has actually increased during the time the Earth has been cooling. This is one more diversion from the very real threats to the Constitution and our freedoms.


We have a Congress now that routinely passes bills exceeding a thousand to two thousand pages, often without reading them. The corruption this implies is a threat to the future of the nation.


It is not a happy Fourth of July.

The only way the constitutional issue between We The People and the federal government can be settled is by revolution.

No doubt I will accused of being "bloody minded" and wishing for mega deaths and vast property damage; but when elections, demonstrations and other acts of lawful redress fail, the only answer is "iron and blood."

I understand that Glenn Beck and other Tea Party patriots will soon launch acts of civil disobedience - their model being MLK and the 1960s civil rights struggle.

I wish them well and will I support them; however, the times are different - and we have a Regime in power that is willing to use all the repressive techniques - even the importation of foreign soldiers - to stay in power.

There can be no compromise between polar opposites.

Thanks for the history lesson... One of your finest articles.

Things are not good right now.

The guy in the White House(Happy the Clown)seems to be oblivious to conservatives wants and needs.
Ron Barbour touched on what needs to be done. A nice peaceful demonstration at Happys' front door could do the trick. Set the date and I'm in.