When is a Law, Not a Law? When Obama Says So 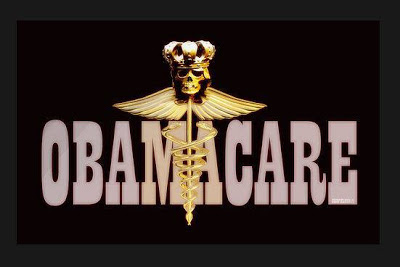 
Obamacare has been showing signs of being so unenforceable, so expensive, and so utterly stupid that Obama’s administration has had to engage in all manner of patently illegal waivers and delays to maintain theirs lies about it.


In the words of the late Chinese Communist dictator, Mao Zedong, Obamacare has been “a great leap forward” to reform healthcare in America. In China, the Great Leap killed an estimated forty million people between 1958 and 1961. There is no way of knowing how many Obamacare would kill when (and if) it is fully implemented.


Presidents are not allowed to decide what part of what laws—or any laws—they do not want to enforce. Michael W. McConnell, a professor of law and director of the Constitutional Law Center at Stanford Law School and a senior fellow at the Hoover Foundation, recently noted that “Article II, Section 3, of the Constitution states that the president ‘shall take care that the laws be faithfully executed.’ This is a duty, not a discretionary power. While the president does have substantial discretion about how to enforce a law, he has no discretion about whether to do so.”


In Clinton v. City of New York, 1998, Supreme Court Justice John Paul Stevens wrote that “There is no provision in the Constitution that authorizes the president to enact, to amend, or to repeal statutes.” MConnell cites this, saying “The employer mandate in the Affordable Care Act contains no provision allowing the president to suspend, delay or repeal it.”


Bearing in mind that Obamacare essentially authorizes the government to seize control of one sixth of the nation’s economy, not to mention intrusively getting between a physician and his patient, it is such a legislative monstrosity, so poorly conceived and written, that it has been subject to a series of desperate efforts by the Obama administration to “fix” what is essentially unfixable.


Obamacare’s effect on the economy has already been felt, slowing hiring, moving fulltime employees to part-time status, causing the cost of premiums to skyrocket, and contributing to 54 months of economic stagnation. It has become a political liability to Democrats who will run for office in the 2014 midterm elections.


Just slightly more than half the States refused to set up the “exchanges” in which individuals would select their insurance plans. This has forced the federal government to set up their own and that is not going well. In April the administration announced that workers will not be able to choose plans from different health insurers in the small business exchanges next year.


The IRS announced it would implement the law’s tax credits, subsidies, and taxes in states with federal exchanges even though the Act “clearly, repeatedly, consistently, and intentionally prohibits the IRS from doing so,” according to Michael Cannon of the Cato Institute. “The IRS has literally asserted the authority to tax, borrow, and spend more than $1 trillion contrary to the express will of Congress” citing Section 4980H of the Act that requires it begin after December 31, 2013.


Congress found the Act’s long-term entitlement to be little more than a Ponzi scheme and repealed it. The anti-conscience mandate, objected to by Catholic hospitals and some employers has been granted a partial delay by Health and Human Services (HHS). Poorly written, an error in Obamacare has led to less access to care for children with pre-existing conditions and a 2011 report found that in 17 States insurers are no longer selling child-only insurance plans.


After Obamacare was enacted in 2009, HHS discovered that some of its mandates would raise costs so much that employers would drop coverage rather than face the costs, so HHS began to issue “temporary waivers” and it turned out that more than half of the recipients were members of union health insurance plans.


The Supreme Court ruled in 2012 that the expansion of Medicaid was optional for the States that objected because they can barely sustain the costs of the existing program.


Little wonder that the administration has announced that it has postponed the start date of Obamacare’s “employer mandate” from 2014 to 2015. Only it cannot by law postpone it, nor can it issue waivers or any other changes to the Patient Protection and Affordable Care Act.


A July 7 Wall Street Journal opinion said “The White House seems to regard laws as mere suggestions, including the laws it help to write." We did not elect a king.


Beware what you wish for and, for decades, the Democratic Party has tried to impose socialized medicine on America. Having blessed it as a tax, my guess is that the Supreme Court will revisit Obamacare to find a reason to declare it unconstitutional.


In the meantime, the voters in 2014 may return control of the Senate to the Republican Party and sustain it in the House. They will repeal it. Obama will veto the repeal, but the veto will be over-ridden by Congress and Obamacare will be as dead as Jacob Marley’s ghost.

it would be fitting end to a horrible law, if the Republicans take the Senate and decide to revoke it.

This is the most lawless administration I can remember, that's for sure. For the first time in my life, I'm ashamed of my country ...

Unfortunately, the problems we face today exist because the people who work for a living are outnumbered by those who vote for a living.

I cannot understand, if this law is actually enforced, how a family is going to be able to afford the insurance premiums. I checked in my state and for my husband and daughter the premium would be a little over $1000 a month. That's 3X what we pay now. But my question is this: how is anyone going to be able to pay that month by month? What about a family of 4 with a $50K income? Can they pay over $1000 a month and wait a year for the tax credit?

I tried to find out if there is a premium drop if you qualify for gov't aid, but I can't find anywhere where it says that the financial help will come as a result of dropped premiums (which the gov't them picks up).

So, can someone tell me how a family of 4 or 2, in my case, can afford health insurance that is as costly as a mortgage? I must be stupid because I can't figure this out.

Of course some of the Congressional Republicans are now being stupid (just now???) and are telling obama he can't just choose NOT to obey the Law as passed and signed by him, but they are going to pass legislation to "fix" the problem.
As soon as the Reps in Congress do that, they have essentially bought into Obamacare and lose the issue for the 14 elections.
The ONLY thing the House should pass is a complete repeal. Nothing more, nothing less.

I know, someone always does it, and this time it's going to be ME...

If Obama thought he could get by with it he would become the next Adolph Hitler...

I think Obamacare was passed to deliberately impoverish the middle class and add the poor to Medicaid.

I think that universal healthcare has been a progressive ideology for decades now, starting with
Hillarycare. A friend of mine blames Republicans, correctly I believe, for failing to implement market-based healthcare reformers, while they were in power. Now, with another Progressive in office, he can't refuse, the cry from the Left to implement such ridiculous laws, that have no basis in reality!