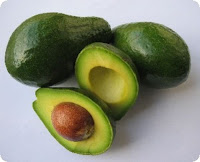 I have what I call my “Avocado Index.” I happen to like avocadoes, even if they are an acquired taste. My problem, however, is that a single avocado now costs $2.50 at my local supermarket.

They used to cost a lot less, but over the last three years, they have gone from barely affordable at around $1.50 each to the present level. In earlier times, if you paid 50 cents for one, it was a lot.

So I can pretty much determine the state of the economy in the produce section of the supermarket where I now pass by the avocadoes and artichokes. It’s a matter of principle with me. I will not pay that much for a vegetable.

The other day I was walking by the theatre where I took my first date to a Saturday matinee. I think we were both in sixth grade. The price of a ticket then—it was the late 1940s—was 15 cents. Back then, the Maplewood Theatre was huge. A giant cavern of a place and the screen was equally huge. Now it’s a metroplex that’s been carved into some five or so small theatres with small screens. The price of a ticket for “adults” is $9.50, “seniors” get in for $7.50, and children are admitted for a mere $5.50.

I knew there was a reason I have not seen a movie in a theatre, any theatre, in a very long time. Still, the price of a ticket was a shock to me. The theatre marquee, somewhat disguised, appears in a scene from the 1998 movie, “One True Thing”, with Meryl Streep, Renee Zellweger, and William Hurt.

As the economy shudders from the current crisis—one that a lot of people saw coming and warned about—the sales notices posted outside some of the town’s shops are indicative of the fact that not just bank loans are hard to get, but that shopkeepers as well as major chains are discovering that people are increasingly reluctant to spend as they did when credit was king and the price of housing knew no limit.

I stopped to talk with Bob Klein. His father had a real estate business in my hometown and Bob runs it now. Why, I asked were the prices of houses still so high? He just smiled. “It’s Maplewood,” he said and I knew exactly what he meant. This picture perfect town has long been a magnet for those who hopped the train into New York for a twenty minute commute or could drive to the campuses of the many corporate headquarters in northern New Jersey. The schools routinely sent kids onto Ivy League universities.

Four years ago I sold the home I had shared with my parents since 1942. That’s sixty-two years. I sold because my property taxes had doubled even though not much about that old house had changed over the years. Some things had been upgraded, but it was essentially the house they bought long ago. The “new” furnace, many years old, ran on gas instead of the coal I used to shovel into the old one as a kid.

That house sold for a lot of money. It was completely refurbished by the contractor who bought and then flipped it for even more money. In the four years since, a family came and went in my former home and a new one lives there now; two families in four years. Compare that to sixty-two years. Today, on the little street where I lived, of its ten houses, two are for sale, though one actually fronts on a street that borders the elementary school.

I went to Jefferson school from kindergarten to sixth grade. Now it’s just for third through fifth or some such nonsense. Kids are bussed there from across town. A kid who lives on my street today might actually have to get on a bus instead of being able to walk to the schoolyard at one end.

I tell you this to give you a sense of the changes in one little northern New Jersey town. It’s a place that prides itself still on its tree-lined streets, its manicured lawns and gardens, its “village”, a shopping center that no longer has a five-and-dime store, a hardware store, a men’s wear store or a pharmacy. You have to drive somewhere else to get these things. Now I buy most everything I need on the Internet.

Outwardly the town looks very much the same as it did when I was a child, but avocadoes cost $2.50. A movie ticket costs $9.50. And the houses are priced for a king’s ransom.
Posted by Alan Caruba at 9:56 AM