A Month of Campaign Madness 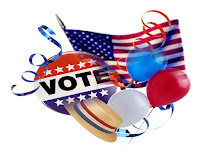 This is what you need to keep in mind between now and November 4th. It will be a month of complete political madness. Nothing you hear or read has any purpose other than to get you to commit to one candidate or the other.

If, in fact, you have already made up your mind, I recommend you do your best to ignore as much of it as possible.

This is not to say you shouldn’t watch the debates. They come as close to reality as one can hope, but every word that comes out of the candidate’s mouths has been pre-tested to determine how large groups or special niches of people will react to it.

I am not saying that the elections are all but over. The fact is that any kind of event could take the best laid plans of both campaigns and blow them to hell. The financial mess we watched for the passed two weeks is an example. I don’t think either campaign anticipated it because, in point of fact, no one anticipated it.

Pay NO attention to the big players, the pundits, the editorial writers, the reporters in the mainstream media who are already telling you that Obama has the election in the bag. That’s what they said about Al Gore and John Kerry. They both lost.

Indeed, we all know that the mainstream media, with the exception of Fox News and talk radio, are all in the tank for Obama. Giving anything they have to say any credence is unwise. We’re talking propaganda, not news, here.

Here’s what we know will happen. Some States that were red will go blue. Some States that were blue will go red. When you hear that McCain has pulled out of Michigan, remember, Obama quietly pulled out of Nevada and a few others. The campaigns are going to put what money they have left where they think it will do the most good. It does not mean McCain “has written off” Michigan. He just won’t spend big bucks on expensive television ads.

Every time Gov. Palin says something about Obama, it will make news. She acquitted herself well in the debate, so people are going to take her seriously, but I personally think she is a novelty, a sideshow of sorts, selected as McCain’s running mate to offset his age and to highlight that the Republicans can run a woman for high office even if the Democrats wouldn’t.

No one has won this election yet and we might very well have another Florida-type fiasco post-Election Day if the votes are so close that three people in Wyoming, two in Florida, and ten in Texas are all that decides the outcome.

For myself, I will pull the lever for McCain-Palin because the notion of voting for an inexperienced, wildly ambitious Senator with less than 150 days total spent doing the people’s business strikes me as insane. It helps to keep in mind that the strongest influences in his life were either Muslims or Marxists.
Posted by Alan Caruba at 5:21 PM