The Great Veep Debate: A Preview 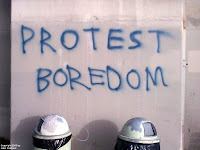 Thursday night will be the great debate between the vice presidential candidates, Sen. Joe Biden and Gov. Sarah Palin. Pundits are already predicting who will win or lose depending on their political preference.

I suspect that the handlers of both these candidates are shaking in their boots as they try to prepare them for what we are all being told will be a critical turning point in the election. The advice to both of them must sound like a deluge of do’s and don’ts. We forget, however, that both have considerable experience in politics and track records of winning their office

We, the audience, have already been “prepped” for the debate. Saturday Night Live has turned Gov. Palin into a silly, babbling, clueless fool. To their credit, SNL have been equally savage to Sen. Obama. Of course, there’s always the possibility that Chevy Chase’s portrayal of Gerald Ford may have cost him the election. Happily, the long string of bad movies Chase made after that was some kind of karmic payback.

The media in general have not spared Sen. Biden for being a “gaffe machine”, but they have lowered the standard for saying stupid or false things than for all other candidates. He’s been treated more like a loveable goofy uncle that just says silly things. He is, however, a U.S. Senator and he is running for Vice President of the United States.

Then, of course, there’s the revelation that Gwen Ifill, the debate moderator, will have a book published after the inauguration about something she calls “the age of Obama.” Being a bona fide journalist, we are all assured that she doesn’t have a biased bone in her body. I am sure that comes as a great comfort to Gov. Palin. In the real world, however, Ms. Ifill should not have accepted the moderator’s job and should be replaced. In a court of law, it would be declared a mistrial.

If the vice presidential debate proves to be as boring as the first McCain-Obama debate, a lot of people are going to be very disappointed. Those in their respective campaigns are, however, probably praying for 90 minutes of boredom. This will ensure that, like the first debate, it does not get remembered, nor discussed longer than a day or two.

An exciting exchange of views and even a few barbed remarks, on the other hand, would energize the debate and the supporters of the candidates. All of us who will tune in are surely hoping for this and I would bet good money it won’t happen. I suspect that both candidates will put in a good zombie-like performance complete with Party-Speak and standard stump speech lines.

Bear in mind, these are two professional politicians. I give the debate an hour at best for most people’s span of attention, including my own. The remaining half hour will seem like an eternity for everyone.
Posted by Alan Caruba at 1:21 PM