Everything is in Free Fall 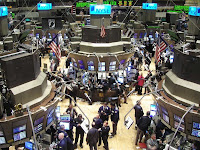 It increasingly seems that not only is the economy in free fall, but so too have been the nation’s cultural values. I do not know if there is a link, but I would not be surprised if there was.

When it was announced that some pornographer was making a film, “Nailin’ Pailin”, featuring a Gov. Sarah Palin look-a-like, it struck me that this was some kind of nadir in the way our society has permitted commonly held values to erode. Exploiting a candidate for Vice President in this fashion reflects a loss of all restraint. We live, however, in a society where most girls have lost their virginity around the age of 17.

The Democrat candidate for President, Sen. Barack Obama, reportedly thinks it is okay to allow babies born as the result of a failed abortion to die. Having reneged on a pledge to take only public funding for his campaign, he has reaped millions from private donations, some of which are suspected to have originated in foreign nations. There are numerous investigations of a voter registration group with which he has been associated. Etc, etc, etc.

The Republican candidate, Sen. John McCain, has not had to contend with comparable allegations because his life is pretty much an open book as opposed to Sen. Obama’s that lacks even the most modest paper trail, nor any indication he knows how to run any kind of enterprise, least of all the government of this nation.

We are about to arrive at an Election Day not unlike the one in 1932 in the midst of the last Great Depression when voters turned to Franklin D. Roosevelt to save them from ruin. The fear then was palpable and it is today as well.

Citizens expect their economic system to be managed prudently, carefully, and wisely. Ours has been managed by children in Congress and a White House for whom there were no known financial restraints. That contagion spread to Wall Street.

It is instructive that the higher Sen. Obama is in the polls, the worse the market gets as investors sell off their stocks, banks refuse to make loans, and corporations announce more layoffs in anticipation of an imploding economy.

What has taken place is the wildest spending spree in history as both federal and state governments, and individuals ran up huge debts while putting no savings aside for a proverbial rainy day. This is in part a reflection of a culture in which debt was encouraged and a belief that growth was inevitable. It is a culture that came to believe that the government would protect everyone from cradle to grave.

That’s not the job of government. If you check the Preamble to the U.S. Constitution, you will note that among the government’s most essential functions is to “establish justice” and “provide for the common defense.”

The Founding Fathers threw in “promote the general welfare” which is a phrase that has been so severely distorted that we have several giant federal bureaucracies such as the Department of Education and the Department of Energy, neither of which has demonstrated any useful contribution. Then, of course, there’s Fannie Mae and Freddie Mac, two “government sponsored” agencies that are responsible for the economic meltdown.

Most importantly, the Founding Fathers understood that the Constitution was intended to “secure the blessings of liberty to ourselves and our posterity…” If a new Congress institutes a “fairness doctrine” on the broadcast media, the liberty to express views contrary to those approved by the government will largely vanish. Talk radio will become pure pabulum and television news will become so “balanced” as to provide no insight whatever. You can be sure that the tentacles of government control will be extended to the Internet.

When you add in the spread of atheism throughout our society, you can see how the former values of self-reliance, personal responsibility, and living by a Judeo-Christian moral code have been severely eroded.

Note, too, that a nation that will not safeguard its borders ceases to have a coherent and cohesive population.

Add in widespread belief in pseudo-scientific nonsense about “global warming”, used to justify efforts to thwart the provision of energy to a growing population, and you have the conditions that, when mixed with economic failure, could lead to either fascism or anarchy. History demonstrates that most people will choose fascism.
Posted by Alan Caruba at 1:13 PM

Alan,
Once again, you have captured my own sentiments almost exactly.
I do not think at this stage the danger to our country from within can be overstated.

Truth has been pushed out of bounds by propaganda and we need to pull it back from the brink of extinction before it is suppressed forever.

Thanks for being on the front lines of the fight.