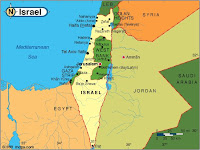 What does Joe Biden know that the rest of us don’t? He’s predicting that, if elected, President Barack Obama would be “tested” within six months of taking office. I’m thinking it would be more like six days or six weeks.

The sooner the better would be a factor for anyone seeking to initiate trouble, considering that the new president would not have his administration in place long enough to find out how the whole thing works.

For example, Syria currently has an estimated 6-8,000 troops massed on the North Lebanese border. Hezbollah, an Iranian puppet, is virtually a nation within a nation so far as Lebanon is concerned. It initiated the war against Israel two years ago.

On October 17, Secretary of State Condoleeza Rice made it known that the Bush administration would “never permit Syria to intervene militarily in Lebanon.” The problem with that is (1) Rice will not be Secretary of State after January 20, 2009; (2) the U.S. does not have the military power to intervene on the ground in Lebanon if Syria attacked; and (3) the last time troops were sent to Lebanon, it was 1983 and several hundred Marines were killed when a suicide car bomber attacked their barracks.

Except for showing up offshore during the last Lebanon-Israel war to evacuate U.S. citizens trapped in Beirut, the likelihood of U.S. military involvement in the next war is slim to none.

So what does Israeli defense minister, Ehud Barak suggest? He recently recommended resurrecting the 2002 Saudi plan that offered pan-Arab recognition of Israel in exchange for a full withdrawal from all lands captured since the 1967 war. That would include the West Bank, Gaza, Jerusalem, and the Golan.

Here’s what happened when Israel withdrew its troops from southern Lebanon in 2000; a war in 2006. Withdrawal from Gaza in 2005 has resulted in constant, daily rocket attacks. Jerusalem was founded by King David over three thousand years ago. Despite being conquered and re-conquered over the centuries, it was and is the capital of Israel, no matter what anyone says. As for the Golan Heights, it’s a perfect place for artillery if you happen to be a Syrian general making war on Israel.

Why these captured lands were not annexed years ago is a question a lot of people have asked without getting a good answer. What we do know is that every Israeli effort to swap “land for peace” has proven to be a disaster.

Israel remains a flashpoint in the Middle East simply because the despots who run the nations in the region have found it convenient to denounce its only democracy. Now, however, it’s definitely less convenient and the reason for that is Iran. Even though its economy is in the toilet, Iran continues to fund terrorists in Lebanon and Gaza while pressing ahead to become a nuclear power.

Imagine if Saudi Arabia announced it was going to recognize Israel’s sovereignty and open up formal diplomatic relations? What if Egypt went along? And Jordan? And the Gulf states? Maybe even Iraq? All of a sudden, Gaza, Lebanon, Syria, and Iran are the ones that are isolated.

It would, in effect, make life more difficult for a lot of volatile, difficult to control bad guys. It is not as far-fetched as it may seem. The last thing Saudi Arabia and Egypt, among others, want is to find themselves threatened by a belligerent, aggressive, nuclear Iran. And the only nation in the region that could inflict a lot of hurt on Iran is Israel.

Considering that the U.S. under a President Obama would significantly draw down its forces in Iraq and likely reconsider its commitments in Afghanistan, the leaders of nations in the Middle East are going to have to come up with some kind of plan. That could be hastened by another Lebanon-Israel war while Syria sneaks in the backdoor to regain control of Lebanon.

What's wrong with leaving Iraq and Afghanistan? Let Islam destroy itself. Separate, cutoff all jizya, stop all Muslim immigration. Set Islam upon itself.

Iraq is too centrally located to ignore and we have invested too much time and treasure there. However, I agree with you about Afghanistan and have a commentary upcoming in two or three weeks suggesting we just leave that hell hole. We need to take a lesson from what happened to the Soviets when they invaded.